A charcuterie in the Berry

I'm really tempted to drive back down to Neuvy, the town with the imitation Holy Sepulchre, just to try some Berrichon specialties from the charcuterie across the street from the church. A charcuterie, as you probably know, is the French equivalent of a delicatessen. Maybe I should try some more things from the nice Hentry charcuterie over in Noyers-sur-Cher before I drive that far south.

A charcutier is a pork butcher, at least originally. In his shop, you can buy both cuts of fresh pork and all kinds of cured pork products: hams (jambons), bacon (lard), sausages (saucisses), salamis (saucissons), and pâtés. In addition, a charcutier sells all kinds of salads (grated carrots, celery root rémoulade, red beets in vinaigrette are some of the classics) and even plats cuisinés — carry-out main courses you can just reheat at home for lunch or dinner. 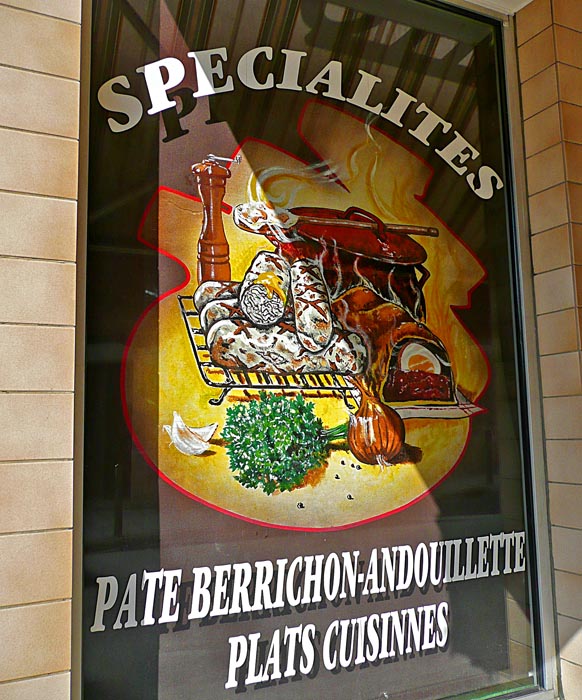 Specialty pork products of the Berry region.
(Do you see the spelling mistake?)

This particular charcuterie is run by a man named Christian Sabarly. He is also a traiteur — a caterer who will prepare all the food for a customer's party or other event. He specializes in preparations, foods, and meats typical of the Berry region. Besides potato puff pastries (galettes de pommes de terre) and something called pâté de Pâques (Easter pâté, which is meat pâté and hard-boiled egges cooked in a rolled pastry), I'm not really familiar with Berry specialities. I'd like to know more. 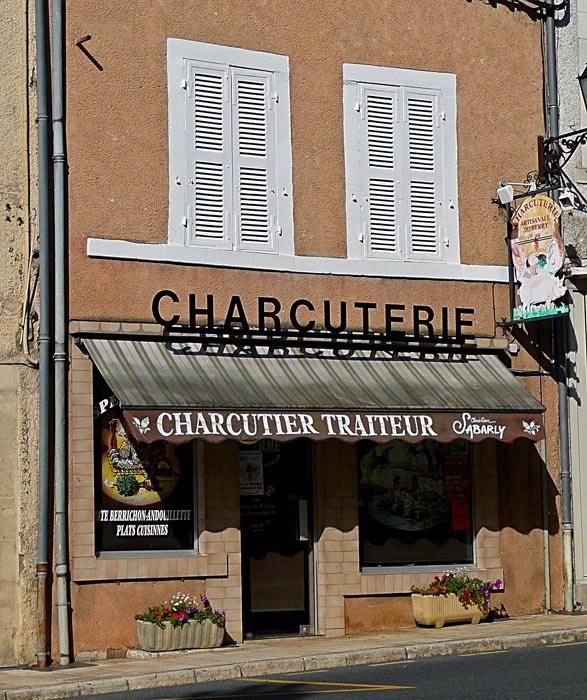 I may well end up having to drive back down to Neuvy soon to buy some things in Sabarly's shop. It's at least an hour south of Saint-Aignan, on the other side of the big Berry town called Châteauroux. Walt hasn't been down there yet, so maybe he'll want to go. Nearby there's a wine village called Châteaumeillant, a big château in the little town of Culan, and a very picturesque village called Sainte-Sévère-sur-Indre where I wouldn't mind spending some time taking pictures. Jacques Tati's classic film called Jour de Fête was made there in the late 1940s. 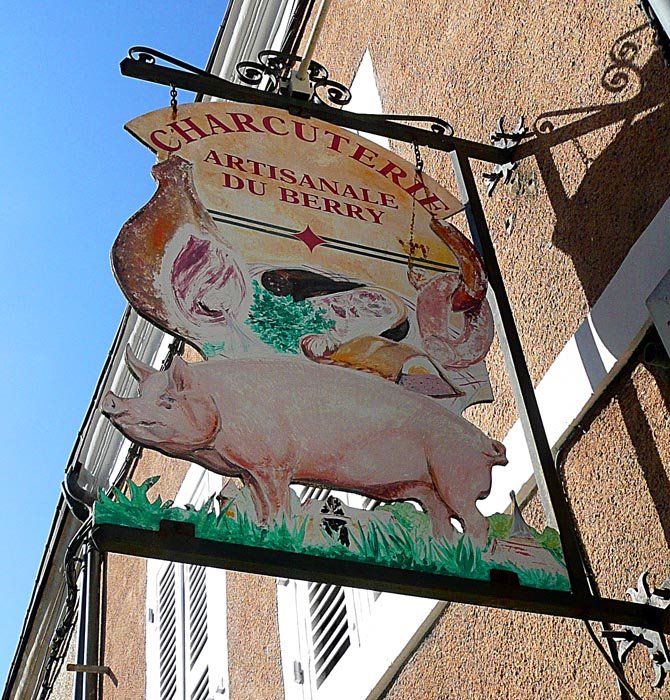 Our little town, now known as Saint-Aignan-sur-Cher, was until relatively recent times called Saint-Aignan-en-Berry. We are located at the extreme northwest corner of the old Berry province. I think the change in our town's name probably happened around the time of the French Revolution (1789), when the current system of départements was put into place, relegating the old provinces called Berry, Touraine, and so on, to purely historical significance. 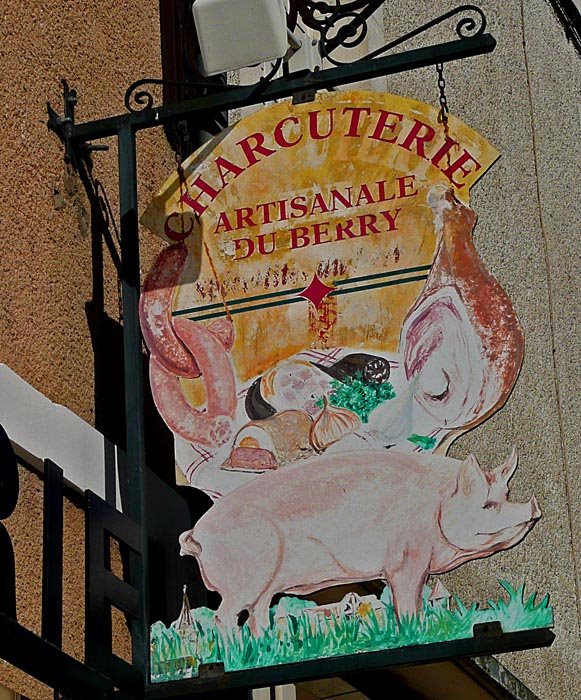 Saint Aignan is also on the extreme eastern edge of the Touraine, and the wines made around here are A.O.C. Touraine. They are part of the same region as Vouvray, Chinon, and Bourgueil, which are the Touraine wines with the best reputations. Just a few miles east of us are the Valençay, Quincy, and Reuilly wine production areas. They are all clearly in the Berry region. 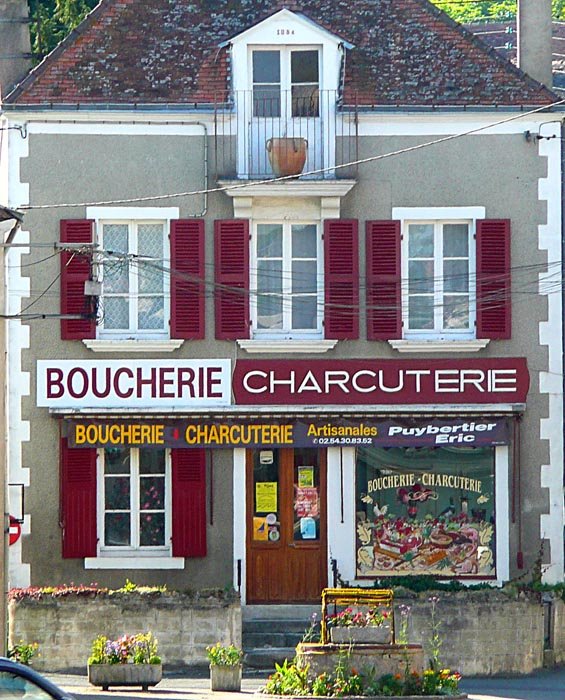 Another charcuterie in Neuvy is run by
Eric Puybertier, who is also a butcher

Across the river from us used to be the old province called the Orléanais, which includes the Sologne region. The wines made over there include Touraines but also Cheverny and Romorantin wines. Saint-Aignan is at the crossroads of all these regions and wine areas.
Posted by Ken Broadhurst at 09:26