The Bastille Day party we were invited to has been canceled. That's too bad. We were looking forward to it. The plan was an outdoor dinner with about 25 other people over in the neighbors' yard. Then we were to go across the river to Noyers-sur-Cher for the fireworks display at midnight. The plan was to continue the party the next day, when we were all invited back for lunch. 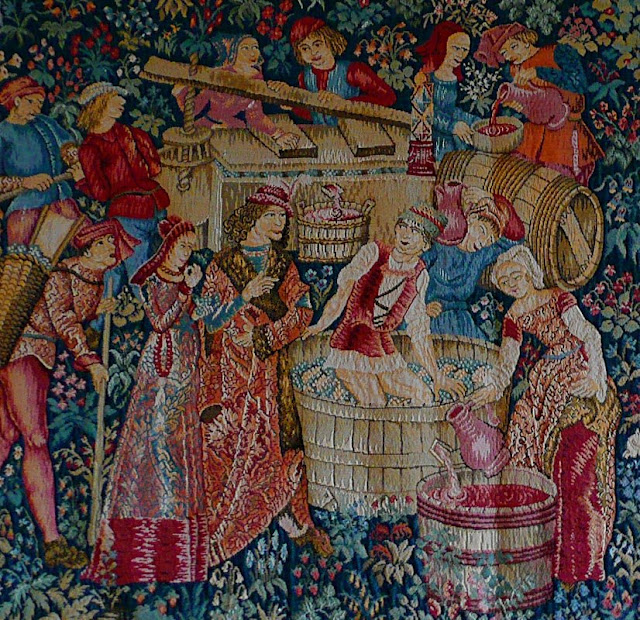 I'm not saying the party would have been like this, but...
(Part of a tapestry I saw at the Château de Culan in June)
The problem is that the hostess has been having sinus problems for a couple of years. She finally decided to have surgery. She was operated on around June 20, and evidently it hasn't gone well since then. She's been in a lot of pain, has had to take a lot of pills, and now has been ordered by her doctor to limit her activities and get a week of bed rest. The important thing is that she get better. 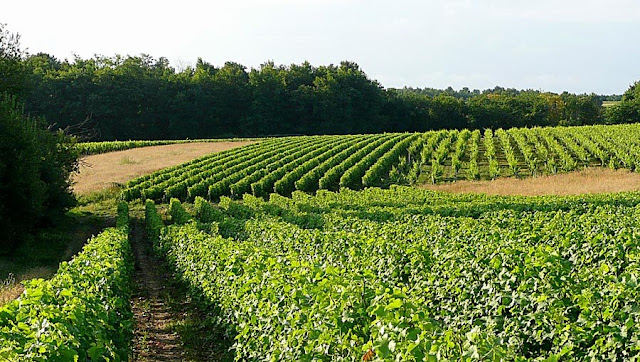 So we are free for Bastille Day after all. A friend from Normandy is coming down with a neighbor of hers to spend a few days. It'll be nice to spend some time with them. We'd plan a barbecue except for the fact that every time we plan one, it rains. Maybe we'll try to have one on the spur of the moment, without alerting the weather gods.

And today some people from California, including a friend of one of our best friends back there, are passing through the area. I'm going touring with them: Chambord, Chémery, Montrésor, la Corroirie, and Loches. And maybe Chenonceaux if we have the time. 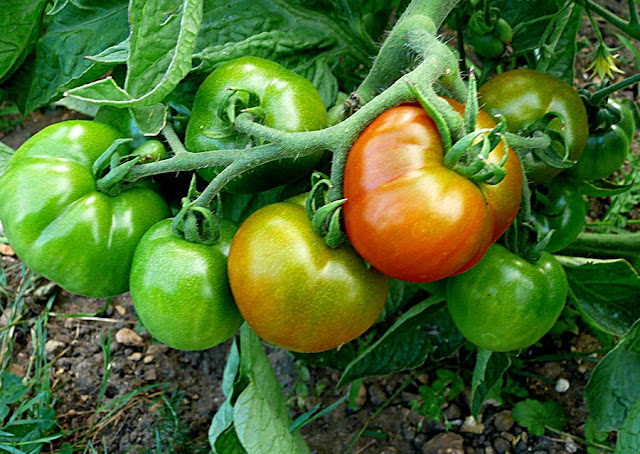 Tomatoes are starting to ripen.

We've had some rain and I'm sure the garden is grateful. Tomatoes are starting to ripen. The corn is (not quite) as high as an elephant's eye. The greens are bushy. Even the aubergine (eggplant) plants are starting to grow and there are flowers on some of them. And we have wax beans that are ready to pick. 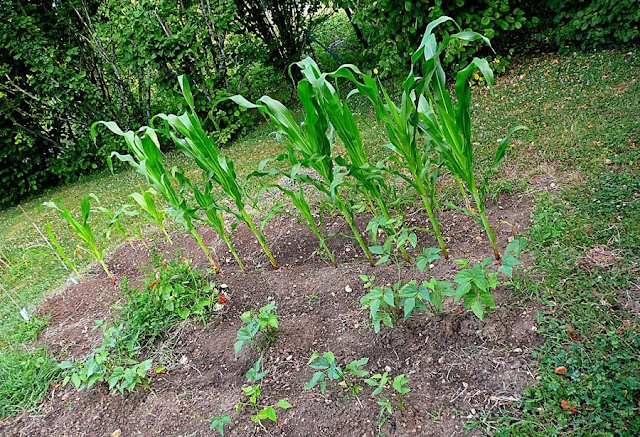 Weeding this plot around the corn stalks and the few
lima beans that came up was sweaty, dirty, buggy work.

Tonight we're going out to dinner at a local restaurant called Le Bousquet. It's over in Pouillé and is in an old cave carved into a hillside. The cave was probably a quarry, originally. Blocks of limestone were carved out and used in building houses or even châteaux. Then the cave was most likely used as a place to store wine and grain. Now it has been turned into a restaurant. It's one of the more picturesque eating places around here. 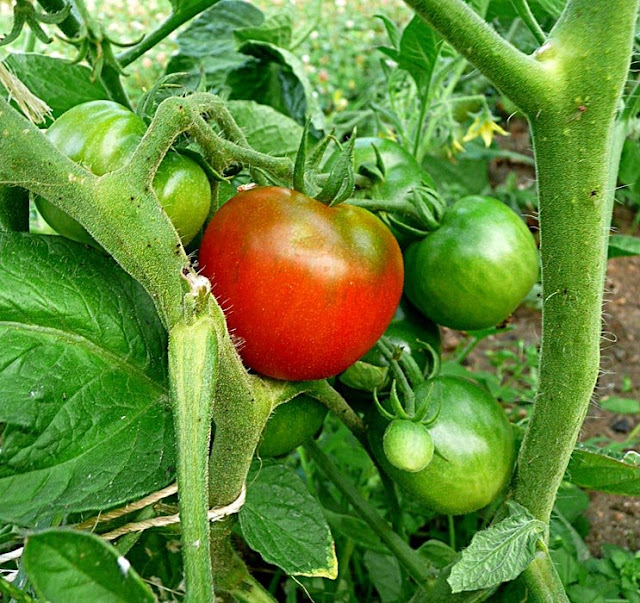 Yesterday it rained. That was the first real-life test of our "new" deck. It's not actually new, just repaired. We had it tiled back in 2003, but the job wasn't done right. A puddle of water collected right in front of the front door every time it rained. We swept water off the deck for nearly 6 years. The good news is that the puddling problem is now history. We'll have full use of our terrasse even when it is raining outside. You can't stop progress, as they say.
Posted by Ken Broadhurst at 07:01