No, not the Tour de France, even though that is going on right now too. I'm talking about the eastern Loire Valley château tour. Yesterday a couple of people, one from California and the other from Nevada, came to visit for 24 hours. They've been in Paris for about 10 days.

I drove up to Blois to pick them up at the train station. When I got there, there wasn't a single parking space to be had, and there were 8 or 10 cars double-parked, with their drivers standing beside the cars scanning the scene. I guess a lot of people were coming down to Blois from Paris on the 11:00 a.m. train, including Kay and Joe. 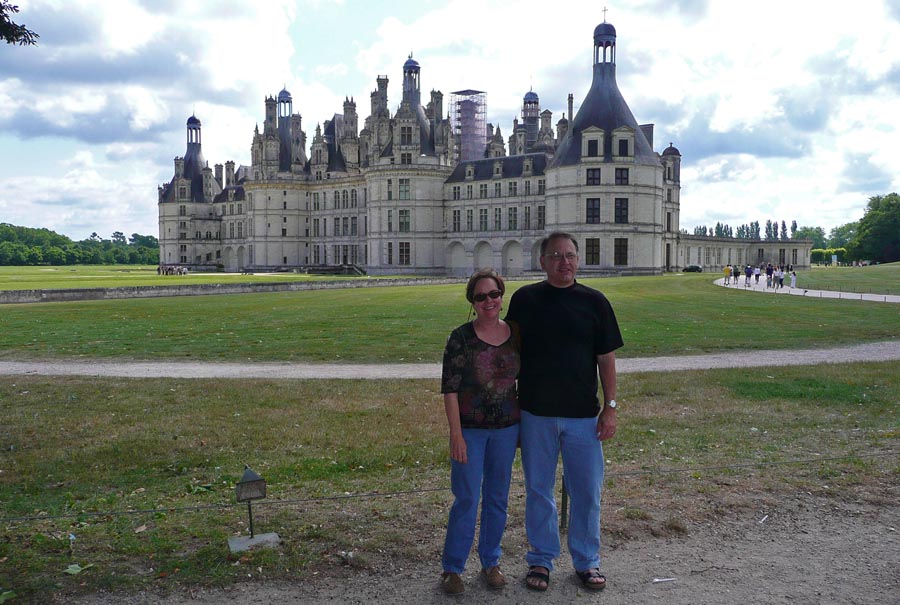 Kay and Joe at Chambord

So I parked illegally (this is France, after all) and as close to the main door of the station as possible. I stood by the car until I saw a lot of people coming out the door. The train must have arrived, I thought, so I abandoned the car, hoping for the best, and went to the station door and watched the people coming through to see if I could find them. 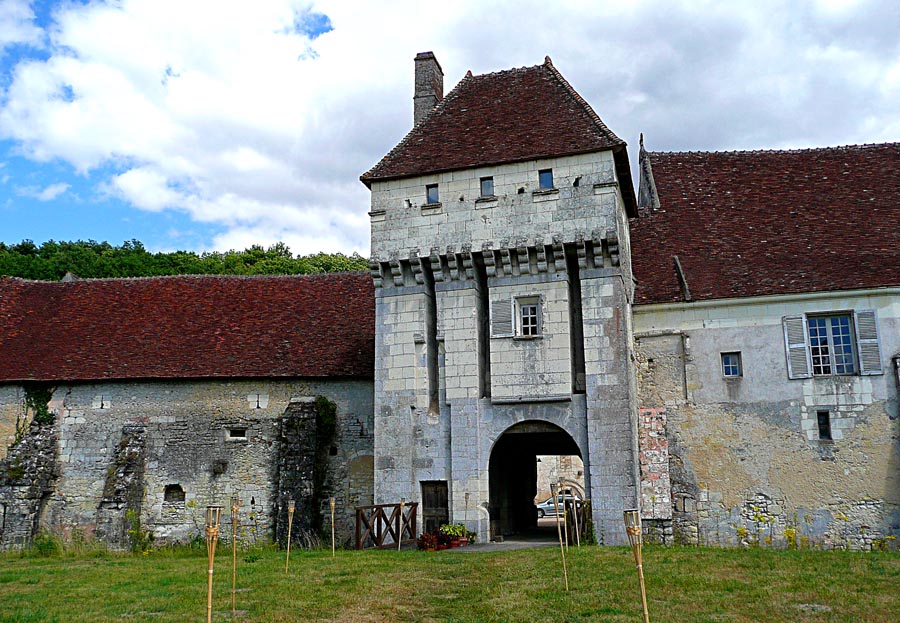 At La Corroirie between Montrésor and Loches. Through
the gate, you can see my car parked in the courtyard.
Probably illegally parked...

We recognized each other immediately, though I hadn't seen Kay in about 10 years. We jumped into the car and headed for Chambord. Kay had never been to France before, much less Chambord, and Joe, while he has traveled around France quite a bit, had never been to the Loire Valley until now. 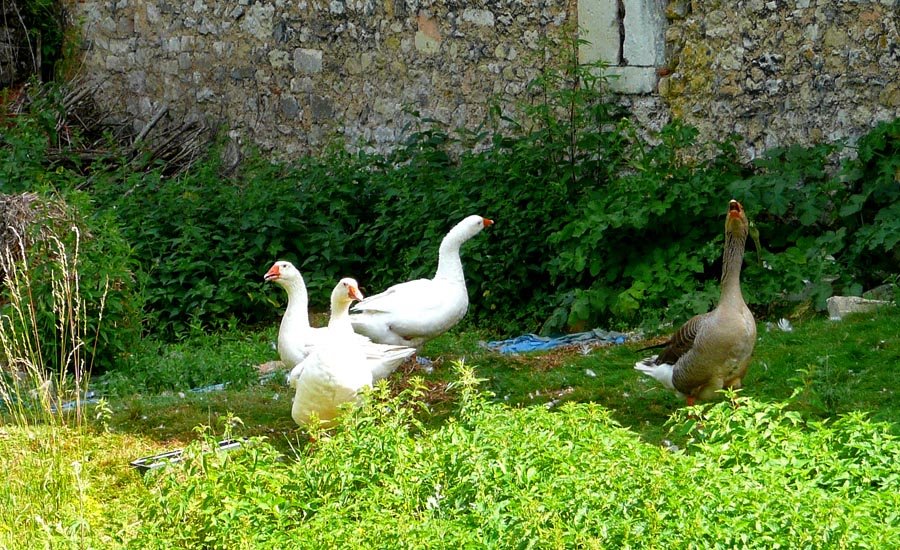 These geese raised a ruckus and still nobody came out
to see what we were doing at La Corroirie.

After Chambord, we drove past the medieval château at Chémery and on to the house, where Walt was waiting. We had some sandwiches, salad, and wine for lunch out on the front deck. The weather was a little breezy and just warm enough to be pleasant. 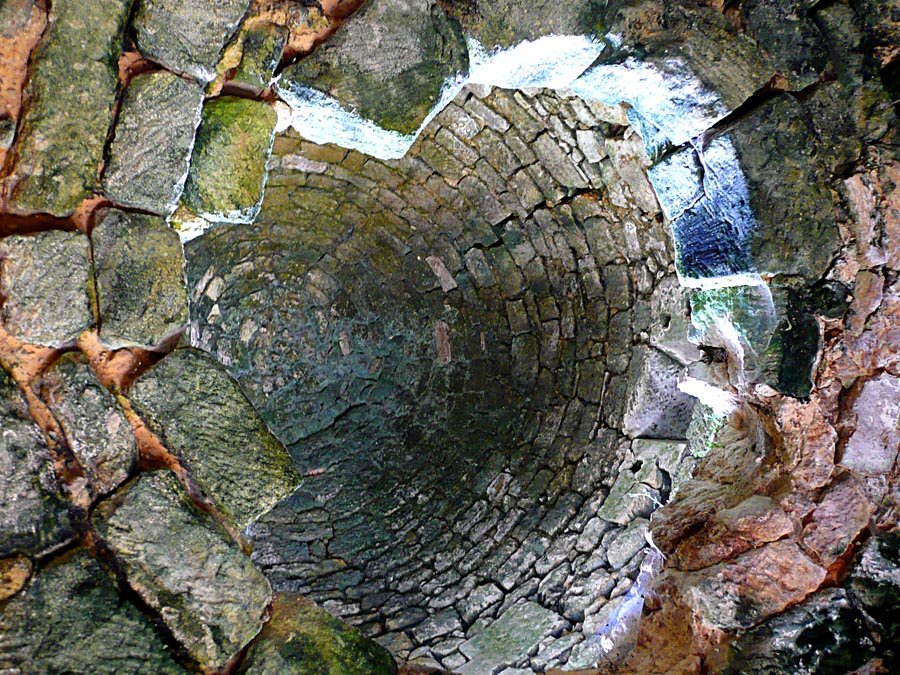 After lunch, we did a brief vegetable garden tour in the back yard. Then we got back into the car and headed for Loches, via Montrésor castle and La Corroirie, a 12th-century, fortified farm complex that includes a chapel. At La Corroirie we drove into the courtyard and parked. I wondered if anybody might come out and greet us or tell us that we shouldn't park there, but nobody did. There are some windows in one of the buildings that have curtains and flower-filled window boxes, so the place looks lived-in. 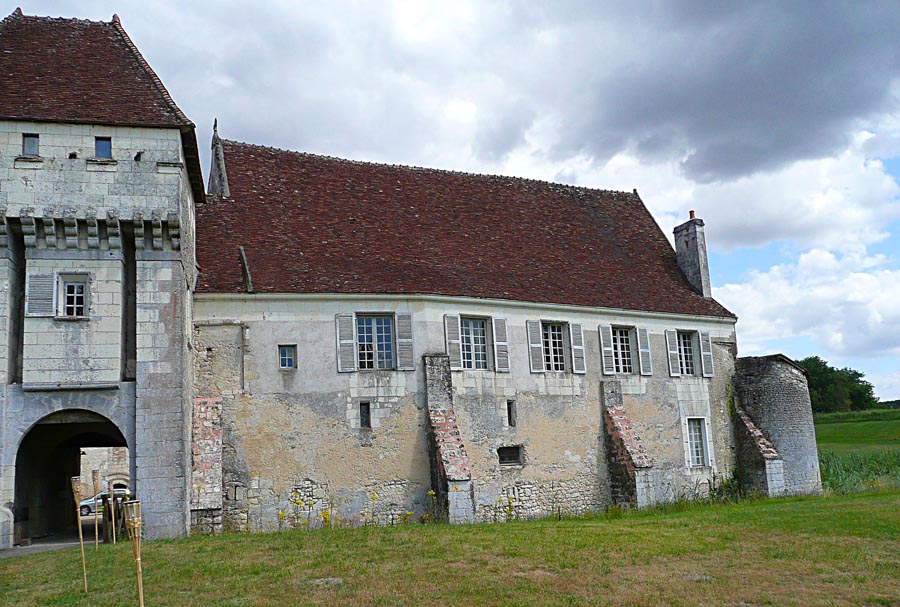 This wing seemed to be lived in. On the courtyard side, there were
curtains on the upstairs windows and flowers on the window sill.

We got out of the car and wandered around the outside of the buildings and into some of them, including an old mill and a cellar where grain used to be stored. The farmers who lived and worked La Corroirie over the centuries grew, processed, and stored food for the nearby monastic community called La Chartreuse du Liget. Here's a link to an older post about La Corroirie. 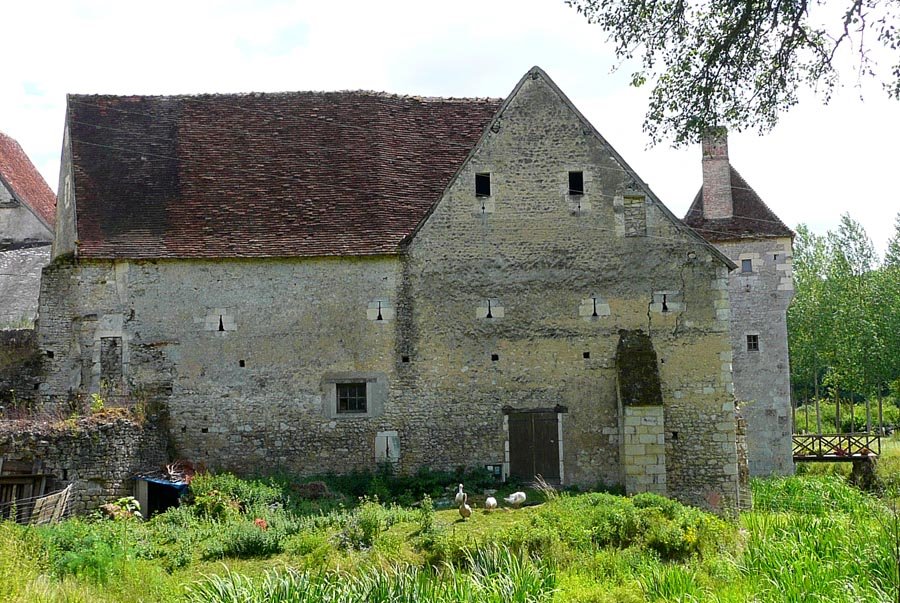 "Where is everybody?" Kay asked. "Is there nobody here?" I told her I didn't know, but I saw a couple of cars parked on the other side of the main building. Maybe it was siesta time, or maybe whoever was there was finishing up a long lunch. It's often like this, I told Kay and Joe. You come upon these amazing old monuments — châteaux, churches, old farm buildings — out in the countryside, you stop and walk around and through them, and you don't see a soul. At first it makes you nervous. You wonder whether it's okay to walk around. Then you decide that it is. 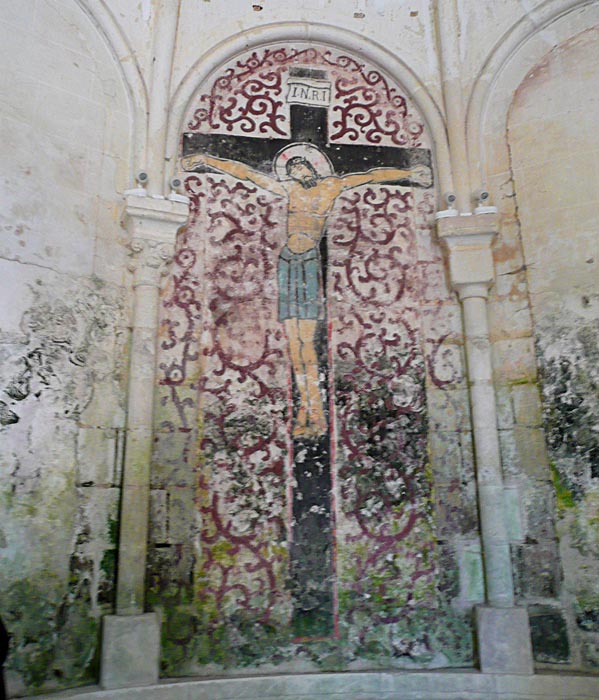 A fresco inside the chapel at La Corroirie

It's July, which is the beginning of high tourist season. The weather is gorgeous. The good-sized town of Loches is just 7 or 8 miles away (if that). Where are all the tourists? 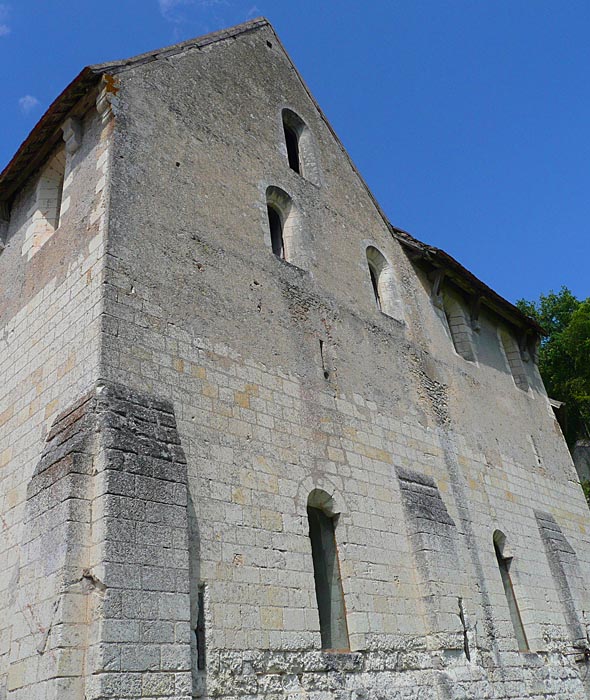 The chapel at La Corroirie

We drove on to Loches, and we did see some other tourists there, though it wasn't crowded. Later in the day we went to see the châteaux at Montpoupon and Chenonceaux.
Posted by Ken Broadhurst at 08:29