Loches, a royal town in the Loire Valley

After our walking, self-guided tour of La Corroirie Wednesday, Kay, Joe, and I were on our way to Loches. We made a stop at a little chapel in a field in the middle of the forest, called Saint-Jean-du-Liget (here's a link to an earlier post), but found it surrounded by a big fence. It's being cleaned and restored, from the look of it. It was too bad we couldn't get close enough to the little round chapel to admire the architectural details. 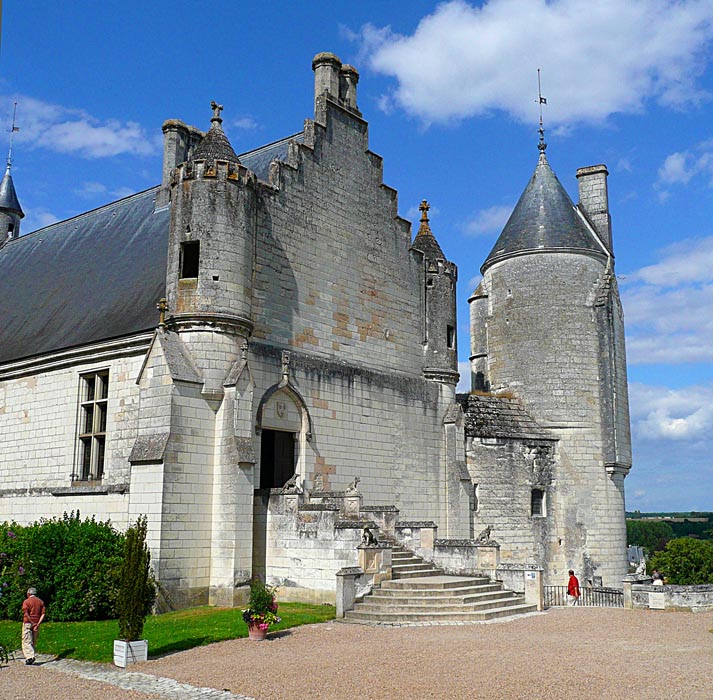 The Logis Royal, or royal residence, at Loches
In Loches, we drove through the "new" town's semi-pedestrian main street, past all the shops and shoppers, and wound our way up to the main gate of the old medieval city on a hill. We parked easily and walked through the Joan-of-Arc portal onto the steep narrow streets of the old town. 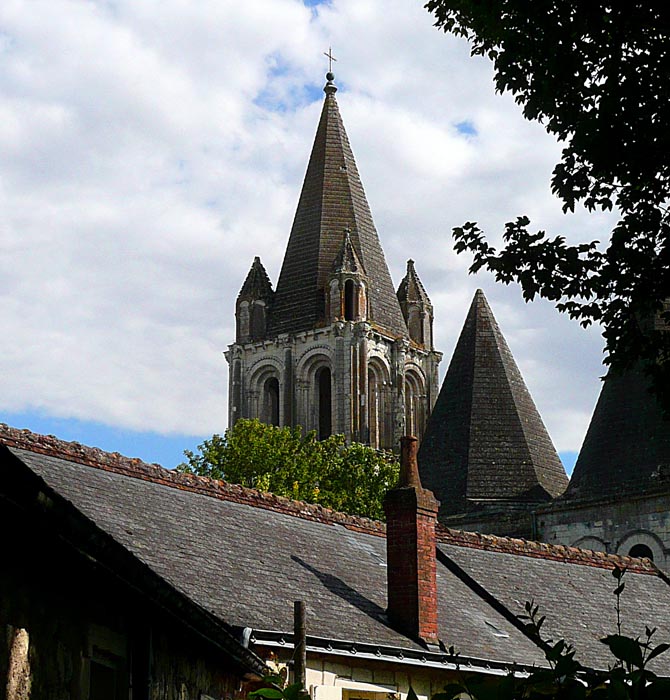 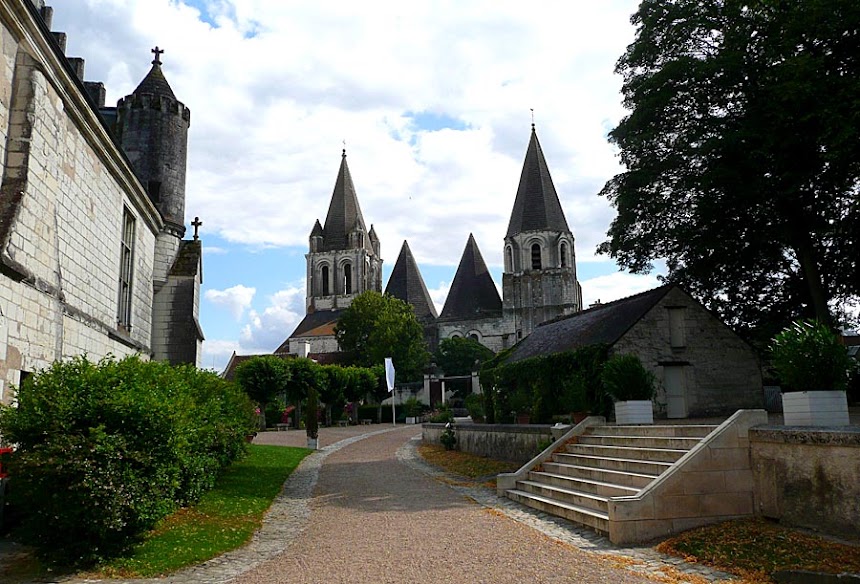 The 12th-century church in the old city at Loches
There are two "castles" in the old town at Loches, along with an ancient church, dating from the 12th century. One of the castles is the "royal lodge" — le logis royal — which was the French king's residence in the 1400s. The other is a medieval castle keep, or donjon, which is a few centuries older. I've posted pictures that I've taken in Loches several times since I started this blog (April 2006, Sept. 2008). 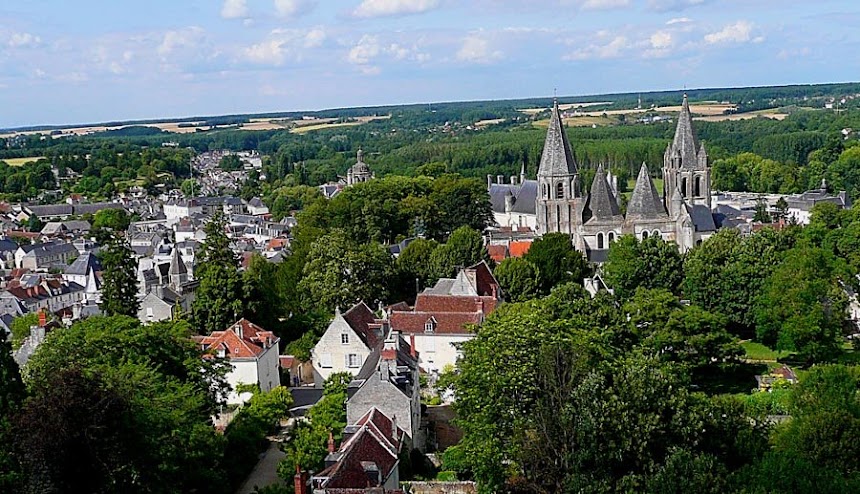 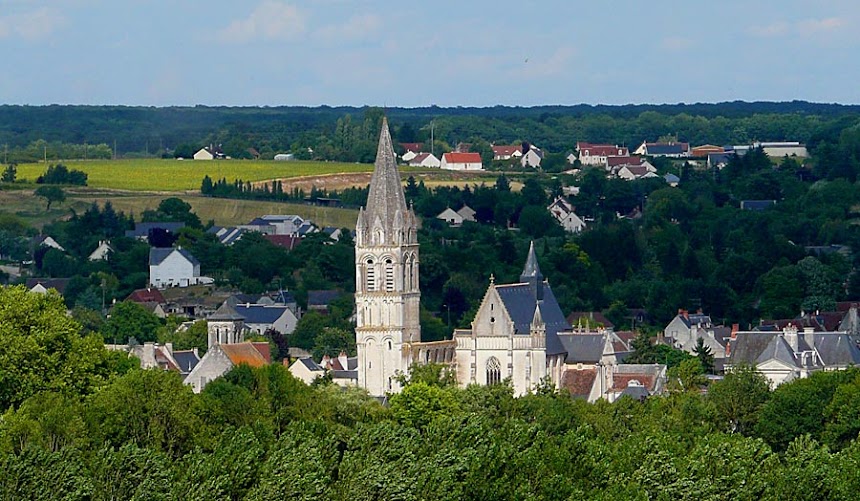 Views from the top of the fortified medieval tower at Loches.
Above, Loches and its old church. Below, the neighboring
town of Beaulieu and the old church there.
A striking feature of Loches is that the castles and church are on a high promontory above the newer town — which isn't new at all by American standards, of course. The views from the terrace next to the royal lodge are phenomenal. And then the views from the top of the fortified medieval towers are even more impressive, because you are on a much higher perch if you climb all the stairs to get up there. 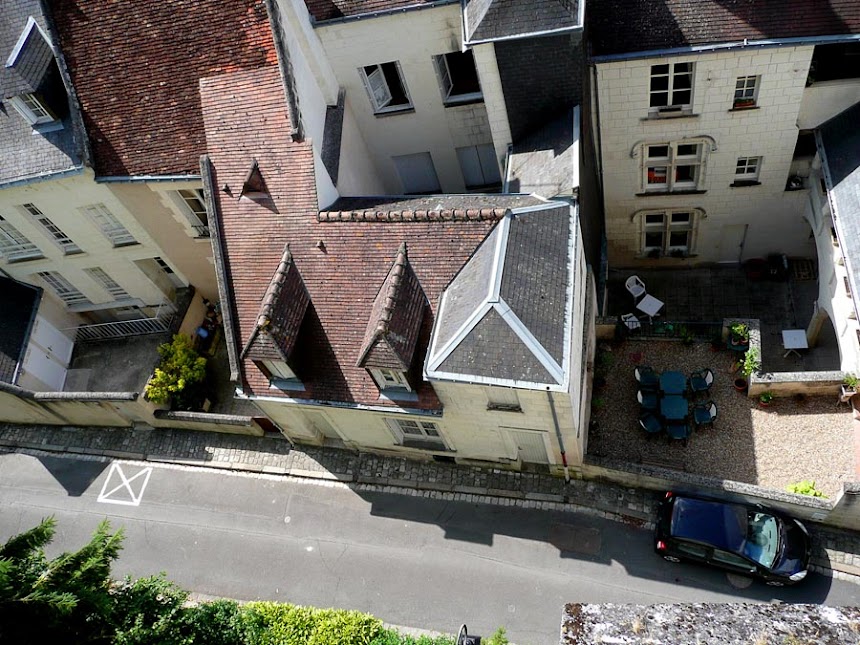 A couple of typical views from up on the terrace of the
royal residence, looking down on the "new" town
On Wednesday, we were lucky to have breezy, clear weather, with beautiful skies and clouds. There were a few other people poking around in the old town, including some families with young children. No crowds, though. 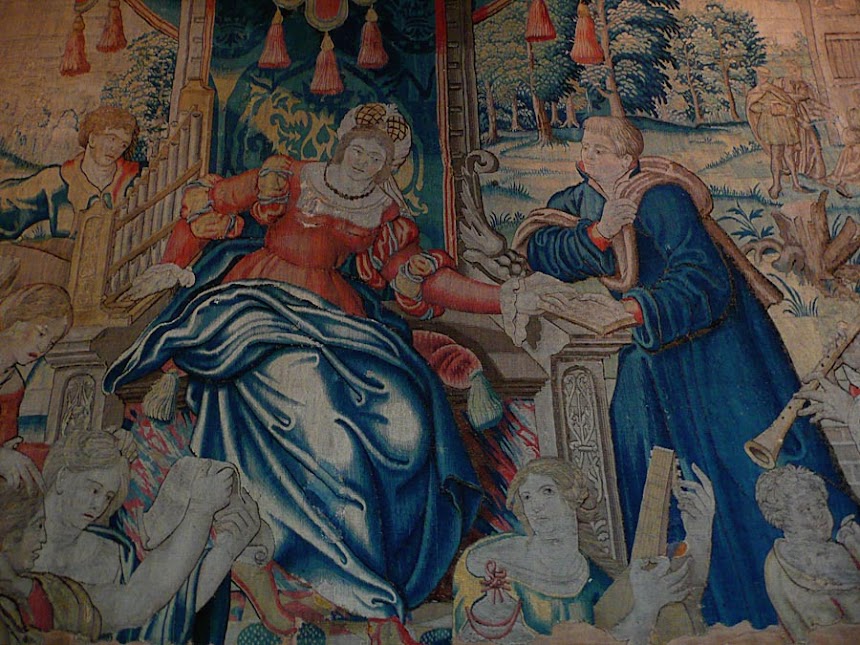 A 16th-century tapestry from Brussels on display
in the old royal residence at Loches
Loches is always worth the visit. Along with Amboise, Blois, and the major châteaux at Chambord, Chaumont, Chenonceaux, and Cheverny, it is one of the most interesting places in the area. And it's an easy drive from Saint-Aignan.
Posted by Ken Broadhurst at 07:20