Culan is a funny name in French. Cul means "bottom" (or "derriere" in good English) in the anatomical sense of the term. In English, we use it in the expression "cul de sac" but we don't pronounce it the same way. I'm not sure the name Culan has anything to do with all that. 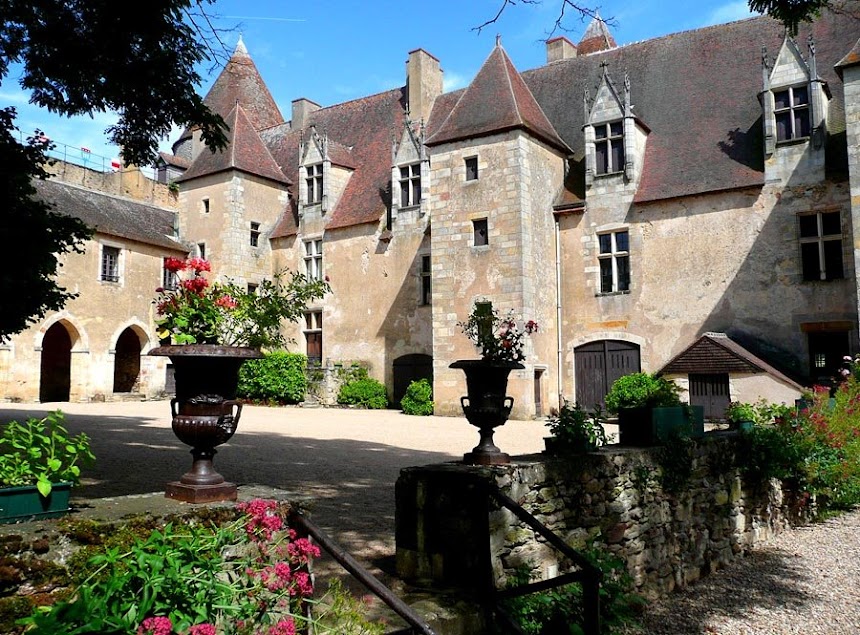 Le château de Culan
The Michelin green guide says Culan's name in Roman times was Cusulincum, meaning "the village on the river." By the 1300s, that had become Cuslencum, and later it further deteriorated into Culanum. Finally, the unstressed Latin ending -um was dropped and we ended up with Culan. 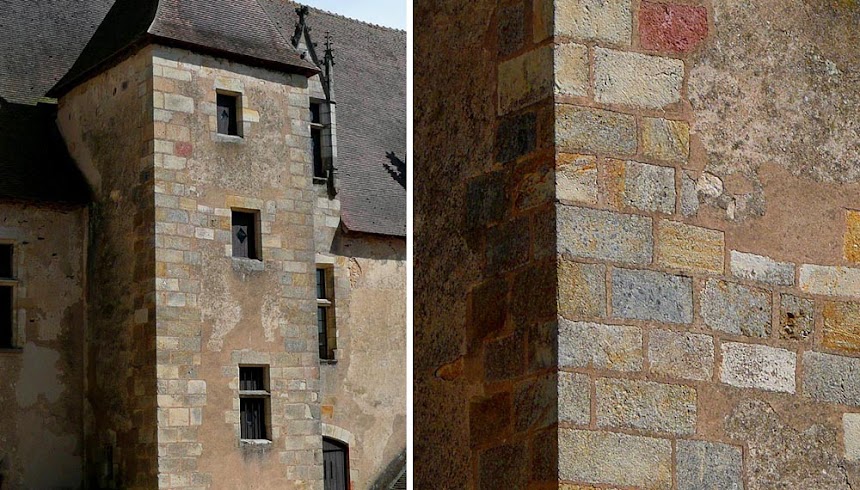 Culan was carefully restored between 1950 and 1980.
This is one of the towers and a close-up of the stonework.
Such is the history of the French language: the words get shorter and shorter. It's phonetic erosion. Rotomagus (4 syllables) becomes Rouen (1 syllable, or maybe 2 for some people). Lugdunum becomes Lyon. Aquae Sextiae evolves into Aix. French words used to get shorter, I should say. Now that everybody knows how to read and write, that evolution has slowed. 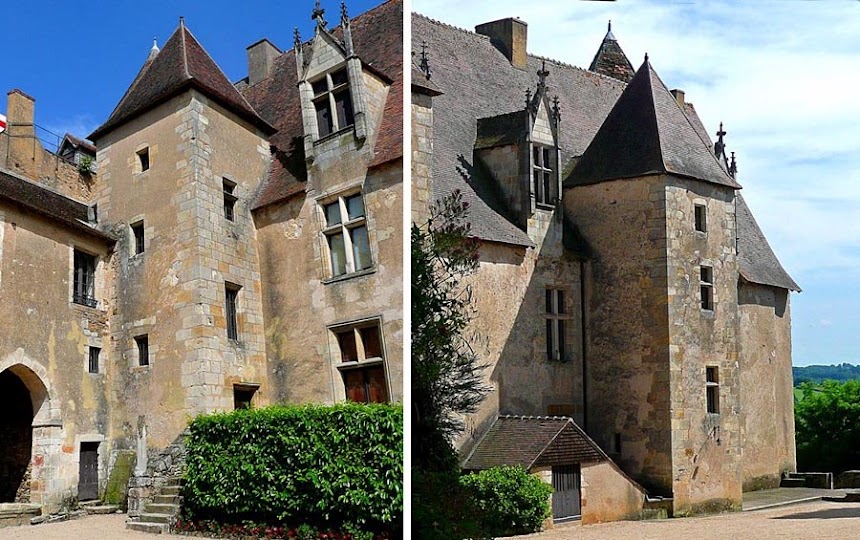 Two views from the courtyard at Culan
The castle in Culan is a feudal fortress built in the 1100s or before. It was captured by King Philippe Auguste of France, the rival and good friend of King Richard the Lion-Hearted of England, in 1188. The owner of Culan was lucky enough to have a visit by, who else, Joan of Arc in 1429, shortly before she was burned at the stake by the English (or was it the Burgundians?) in Rouen. 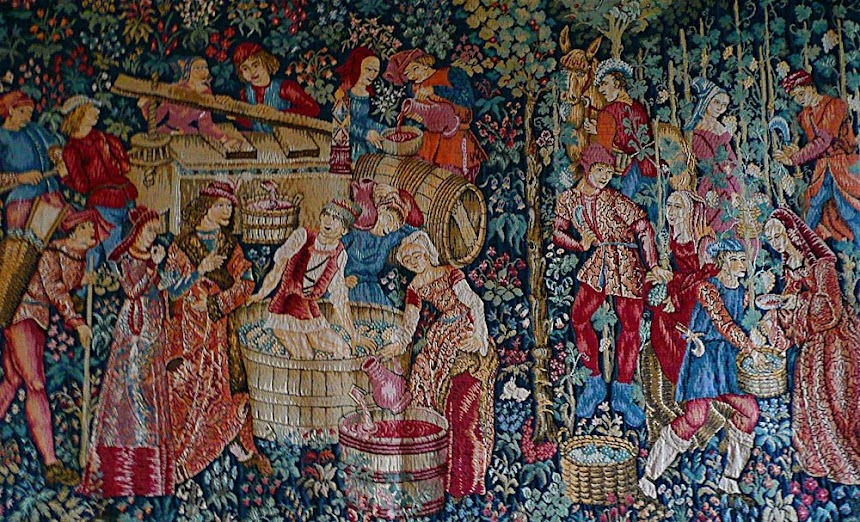 An 18th-century Aubusson tapestry at Culan
Culan castle sits high on a rock above the little river called the Arnon, which is spanned by a Roman-style bridge just below the castle. Seen in the distance, the massive towers of the castle stick up above lush vegetation. When you come upon it from the east, as Walt and I did for the first time in 2007, it's pretty surprising — especially if you aren't even aware of its existence. 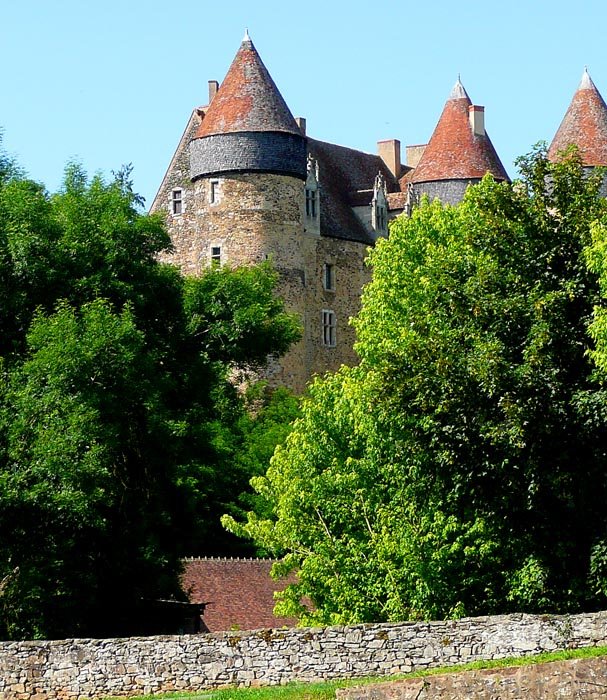 Culan sits high above the Arnon river
Culan is located about 130 km/80 mi. southeast of Saint-Aignan. That puts it about an hour's drive south of the city of Bourges, and just a few miles off the A71 autoroute.
Posted by Ken Broadhurst at 08:46