It's time for the Peugeot's dreaded contrôle technique — again. It's been two years already. The contrôle technique is a thorough inspection designed to make sure your car is road-worthy. The checklist on the web lists about 125 things that need to be inspected and OKed. 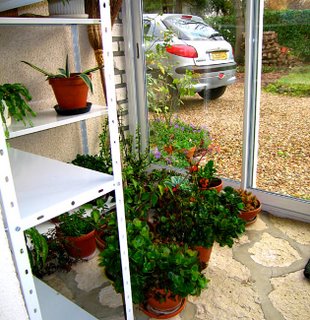 Last summer I decided to stop having service on the car done by the dealer where I bought it. I thought the garage in the village might be less expensive.

Fact is, the mechanic at the dealer's had rubbed me the wrong way back in the spring. He treated me like an idiot, I thought, because I hadn't had the air conditioning serviced since the summer of 2003. In my opinion, servicing the A/C when it needed servicing was his responsibility, because I took the car to him faithfully every six months. Doesn't he have a manufacturer's service schedule he adheres to? Why yell at me?

Besides, if I took the car to the village garage, I realized, I could walk back home instead of sitting there waiting for the service or repairs to be done. Then I could walk back down and get the car later in the day, or even the next day.

However, now I have the impression that the village mechanic charges as much or more for things like oil changes as the Peugeot dealer in town does. The bread lady told me he has the reputation of charging premium prices for the work he does.

When I had the village mechanic do an oil change and a permutation des roues (tire rotation) back in August, he said I would need to have my brake disks replaced in December before my next contrôle technique. That sounds like a job costing big euros to me. The car's brakes work just fine, by the way, so how do I know he's not just trying to make some extra fric (moolah)? 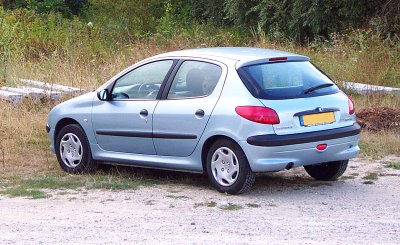 Last week I got a letter from the dealer saying it was time for the next contrôle technique and he would be glad to take care of it for me. So I thought maybe I'd go back to see him. Maybe he wouldn't want to do the brake work and I'd save some argent. With the U.S. dollar being basically worthless these days (merci, W.), that would make me happy.

Then I got a letter from a contrôle technique station over by Intermarché, on the other side of the river, saying I should call them for a rendez-vous (that sounds more exciting than it really is — it's just an appointment). I didn't even know you could take your own car to the inspection station without working through a dealer or a repair shop. I've learned something. 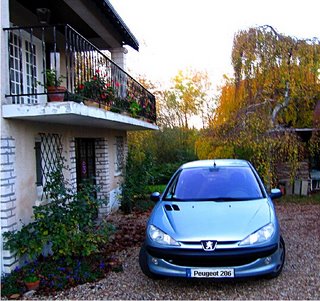 So now I think I'll take the car directly to the contrôle technique station. Why not eliminate the middle man? Maybe the car will sail right through the inspection (comme une lettre à la poste, I think you'd say in French).

My other worry about the car inspection is the tires. I bought four new ones about 18 months ago, but they weren't exactly the tires I was supposed to put on this particular car model. My Peugeot officially requires tires rated H, which means they are guaranteed to be safe at speeds up to 130.5 mph (210 kph).

Needless to say, and despite some opinions to the contrary, I don't drive at such speeds. Not to mention the fact that the only tires the shop had in stock the day I went in were rated T, or safe up to 118 mph (190 kph). Since the highest speed limit in France is 78 mph (120kph), I figured the T tires should do nicely. We'll see if the inspectors agree with me.

Tomorrow I have to call and see how long the inspection takes. I'll have to sit around and wait for them to do it, since I don't have transportation home. There is no local bus service out here in the country, and it's too far to walk. More next week, after the inspection.
Posted by Ken Broadhurst at 19:55