Pheasants, flowers, and a plant

On Sunday morning I was getting out of the shower and enjoying the view of the back yard. Then I spotted a pheasant, a male. Un faisan. 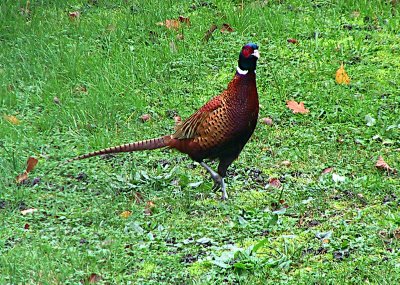 He wandered around the yard feeding for an hour or more, and I was able to take some pretty good pictures. 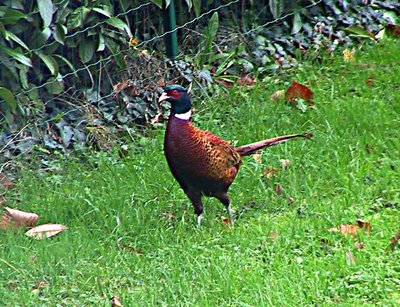 He came up really close to the house. Sunday is a hunting day, and there were hunters out in the vineyards. I think this is one smart pheasant, because he found a safe place to spend the day. 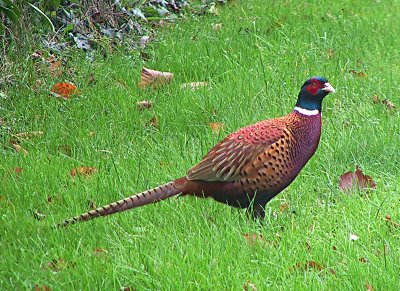 When I went to the bedroom window and gently pulled back the curtain so I could take a picture, I thought for sure that he would see me and take flight. But he didn't. 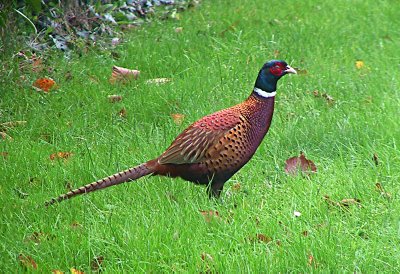 A neighbor once told me that farm-raised pheasants are released into the wild at the beginning of hunting season each fall so that the hunters will have something to shoot at. So maybe this guy isn't wild at all. Walt took a video of him and will probably post it in a day or two. Keep an eye on his blog.

Last week I reorganized the little sunporch we have at the front entryway. Here are a couple of the plants I'm trying to save so they can live for another summer. The first one is called a donkey tail, as far as I know. Do you know another name for it? 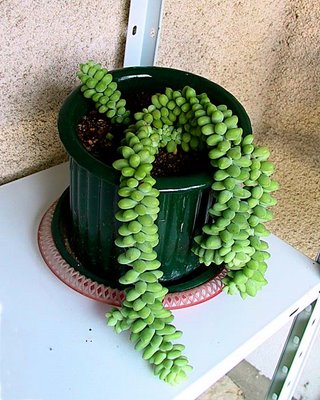 I brought the donkey tail back from the U.S. as a tiny sprig in April 2005. It seems to like the conditions at La Renaudière. 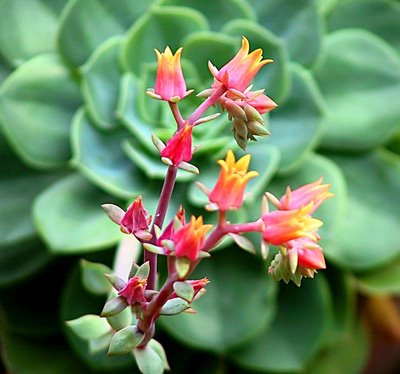 Our friend Gisèle, who lives on the other side of the village, gave me the plant shown above a year or more ago. It produces really nice pink-and-yellow flowers in the fall.
Posted by Ken Broadhurst at 11:12