The port city of Dieppe 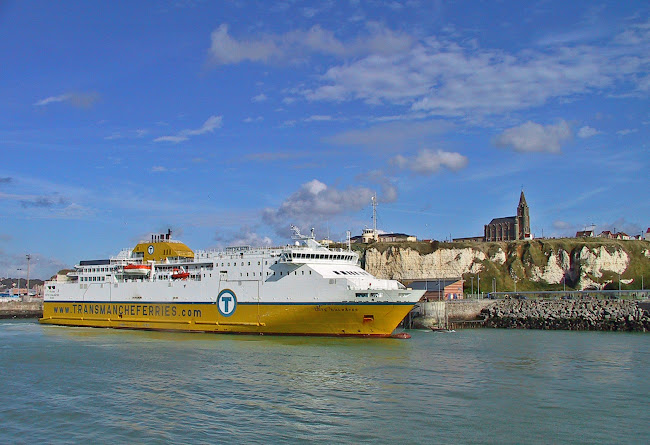 The fishing and ferry port of Dieppe on the English Channel is only 23 miles from Neufchâtel-en-Bray and 35 miles north of Rouen. It is also, according to the Michelin Guide, the beach town that is the closest to Paris (100 miles south) of them all. I've been to Dieppe six or eight times in my life, mostly to take the ferry to Newhaven in England or back to France from over there. In 2006 some friends of mine who live in Rouen took Walt and me to Dieppe to spend a pretty August afternoon. 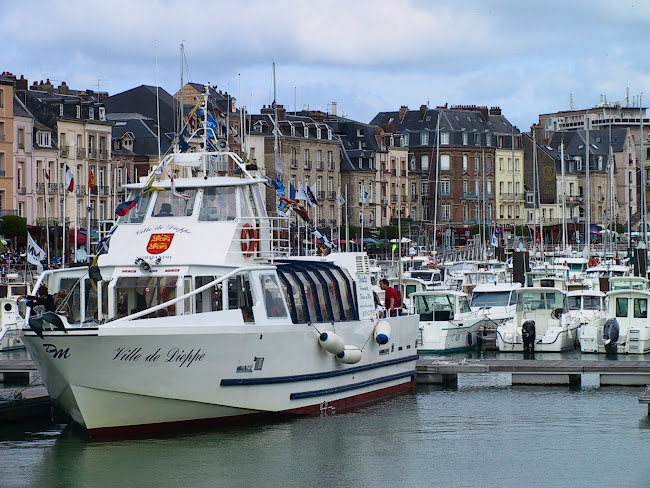 The port at Dieppe (pop. 35,000) is modern, again according to Michelin, but the town has "many old corners and alleys, making it one of the most unusual towns in Normandy." The town apparently has its own boat, as you can see in my picture. It also has a 15th century château and a church that dates back to the 14th. The town was founded in the year 1015 by Richard I, the duke of Normandy back then. 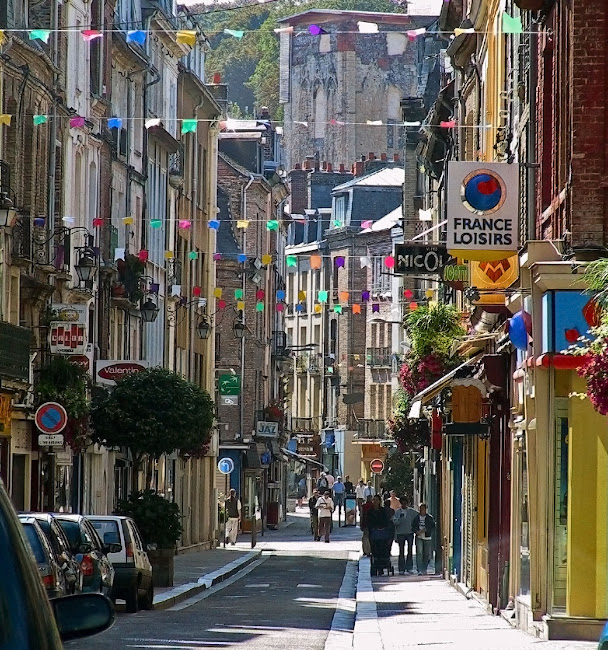 As you can see in this photo, Dieppe feels like a city, or at least a big town. In fact, it has four harbors: the ferry terminal (port des ferries Transmanche), the yacht basin (port de plaisance), the fishing port (port de pêche), and the commercial port (port de commerce). Dieppe's heyday was during the 16th century French Renaissance, when François Ier was king. He sent explorers from Dieppe to faraway places including Canada, Brazil, and Sumatra. The king visited Dieppe in 1534, according to French Wikipédia. 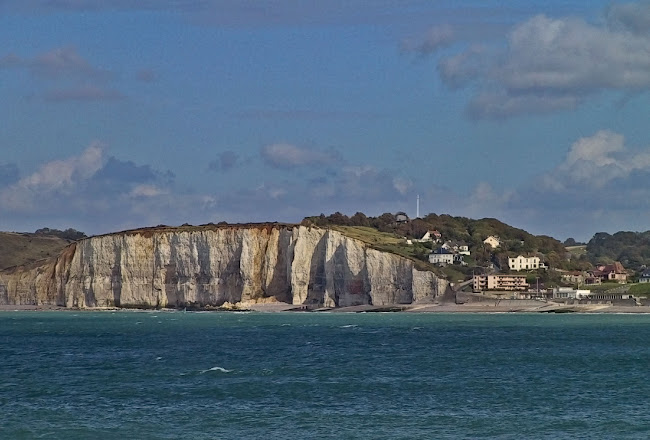 Dieppe is close to the northern end of the area known as la Côte d'Albâtre, or Alabaster Coast, which extends 80 miles south and west to the city of Le Havre. The name derives from the milky white color that the sea sometimes takes on at the base of the chalky cliffs that line the Channel when the chalk starts to dissolve — it rains a lot in this area... 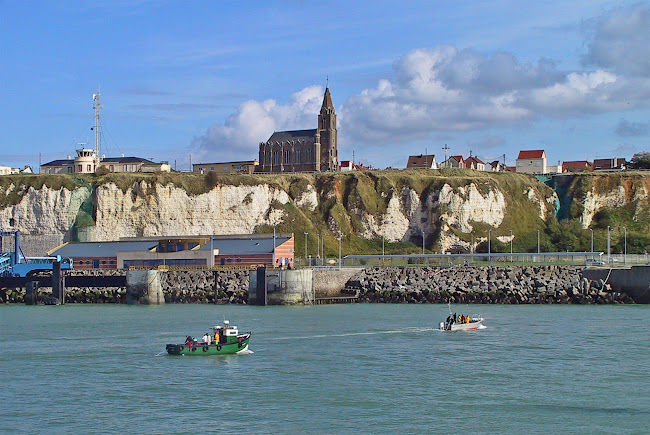 These are what are called "the white cliffs of Dover" on the English side of the Channel. The highest cliffs (at nearly 400 feet) on the French side are just 15 or 16 miles northeast of Dieppe at the town called Le Tréport. The French Wiki article says the white cliffs make this coast unique au monde. If you go there, maybe you'll be lucky enough to arrive on a clear, sunny day like the one we experienced in August 2006. 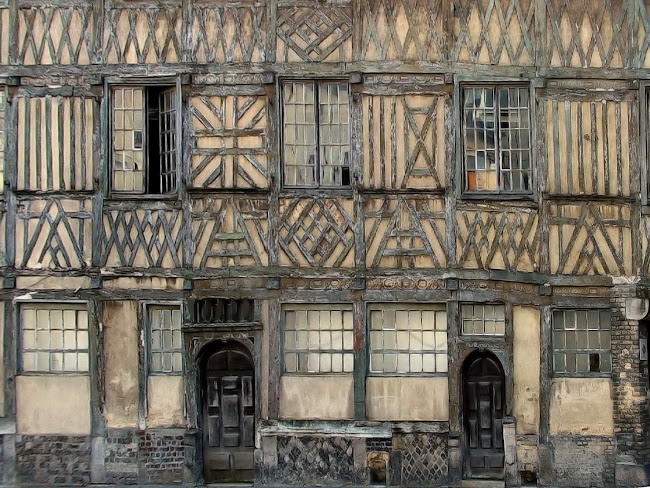 Just to remind you that this really is Normandy, you come across buildings like this one. One of the most interesting parts of town is the fishing port and fish market, with its early morning criée (fish and shellfish being sold at auction). The commercial port sees a lot of fruit from warmer climes (bananas, pineapples, and citrus fruit) pass through. And you can always take the ferry over to Newhaven, aproximately a four-hour ride, if you want a change of scenery.
Posted by Ken Broadhurst at 06:45