We're having cold, damp, foggy weather here in Saint-Aignan. It's not raining or snowing, but I for one am not going outside unless I really need to. This is weather for comfort foods, and a gratin de pommes de terre is definitely in that category. In the French Alps, this gratin has come to be known as une tartiflette. It's easy to make, but a little time-consuming. It's worth the time spent. 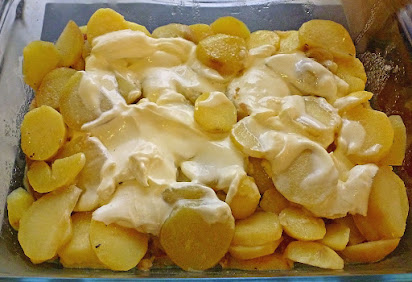 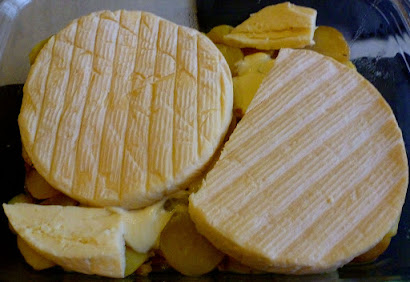 The first step is to peel and then cook (steaming or boiling) about a kilo of potatoes. Let them cool
and cut them into cubes or slices. Also chop up an onion and some bacon (or lardons fumés).
Cook that mixture together on low heat in a skillet with some butter or olive oil. 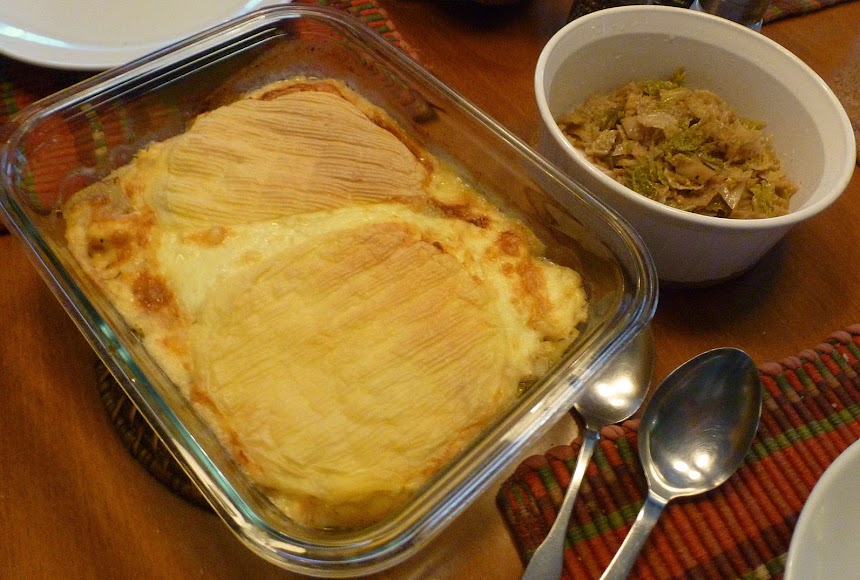 Here's the finished product just out of the oven. Serve it with a cooked green vegetable —
cabbage or other greens, or broccoli, for example. 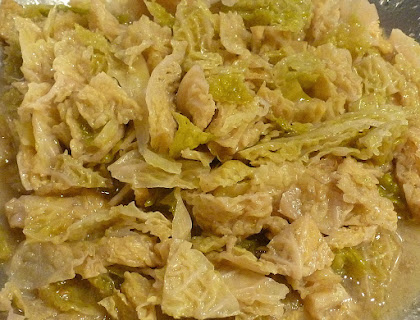 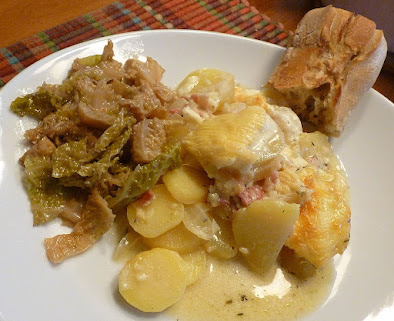 Cabbage on the left, and the tartiflette and cabbage as we had them at lunchtime on the right.
Yesterday I cooked the tartiflette by browning half of the sliced and pre-cooked potatoes in the pan that I had cooked the onion and bacon in. Then I put those potatoes in a baking dish and spread the onion and bacon over them. Next the other half of the potatoes went into the same pan to brown a little.

Then I poured in about a cup of dry white wine in to deglaze the pan. The potatoes and wine went into the baking dish over the layer of onion and bacon. Put half a cup or more of cream on top, and then lay the cheese over that. Bake in a hot oven for about 30 minutes, lowering or raising the heat as necessary to get the tartiflette bubbly and golden brown.

Here's a recipe that I just found. The hardest part in the U.S. would be finding a Reblochon cheese or something similar. You need a mild cheese that sort of liquefies as it melts.
Posted by Ken Broadhurst at 06:10