Walt took these pictures in the little port town of Honfleur back in the 1990s. Honfleur is on the on the Seine estuary across from Le Havre. It's only an hour from Rouen by car if you take the most direct route. Or you can make a day of it by driving the smaller roads that run along the banks of the Seine to see, for example, Duclair, Jumièges, the Abbaye de Saint-Wandrille, and other picturesque places. Walt took these photos nearly 30 years ago with a film camera. They're slides that we scanned. 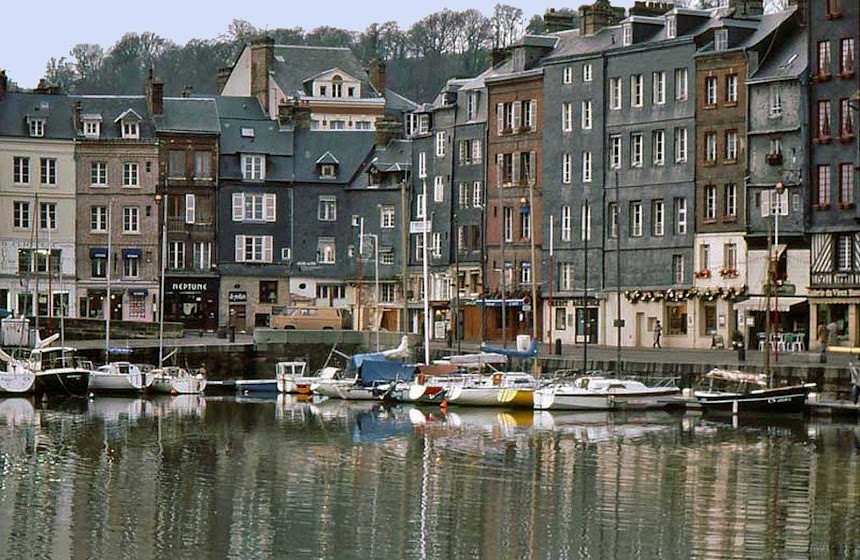 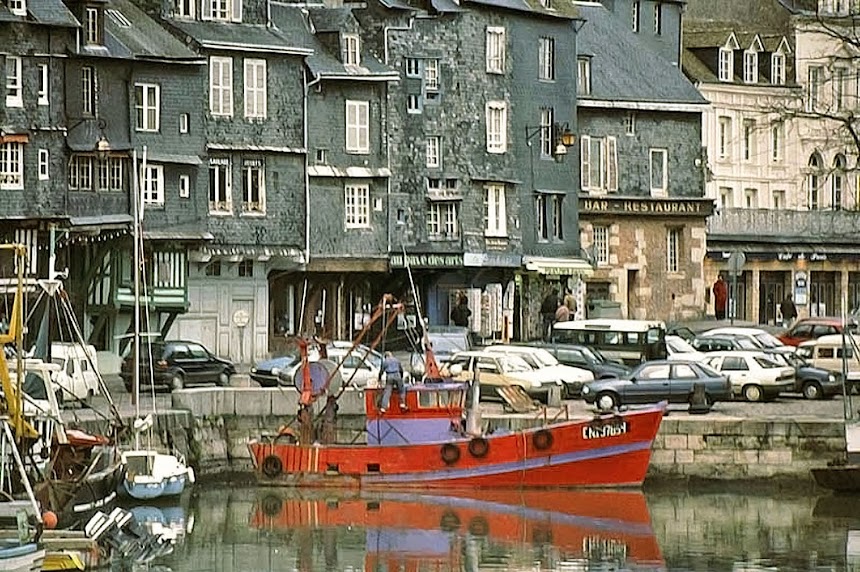 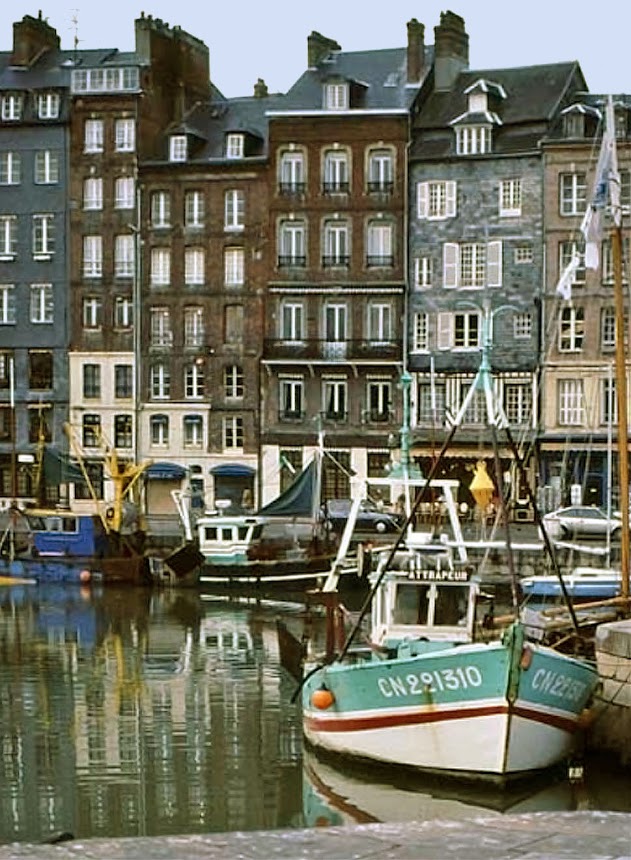 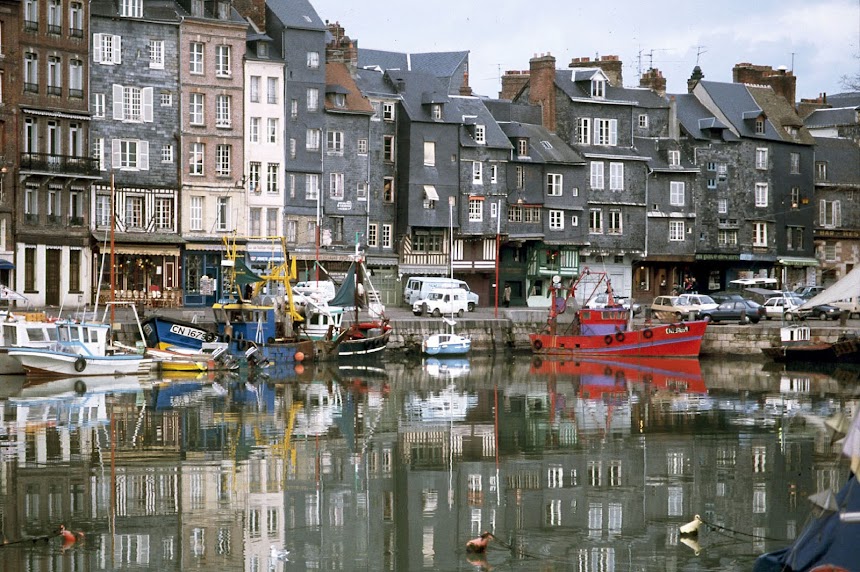 In the 19th century, Honfleur was an artists' paradise, as the Micheline Guide puts it. It was a favorite place for the artists who would become known as "impressionists." Centuries earlier, explorers including Jacques Cartier and Samuel de Champlain sailed from Honfleur to explore North America and founded Québec (New France). Be warned that Honfleur attracts a lot of tourists, so it might be best to avoid going there on weekends or holidays.
Posted by Ken Broadhurst at 06:00