Like Rouen, Tours suffered terrible destruction from bombings during the Second World War,
especially the neighborhoods on the banks of the Loire river. But just a few hundred meters from the river,
many old half-timbered houses remain. There are a good number of them around the picturesque Place Plumereau,
known in Tours as the Place Plum' (sounds like plume) and dating back to the 15th century. 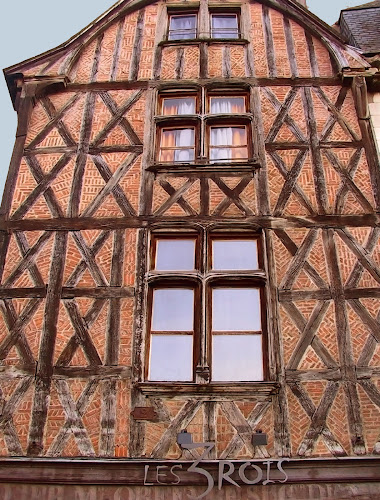 The area around the Place Plum' is a car-free pedestrian zone that's full of restaurants and shops.
Here's what the house on the left above looks like today. My photo is from 2006. 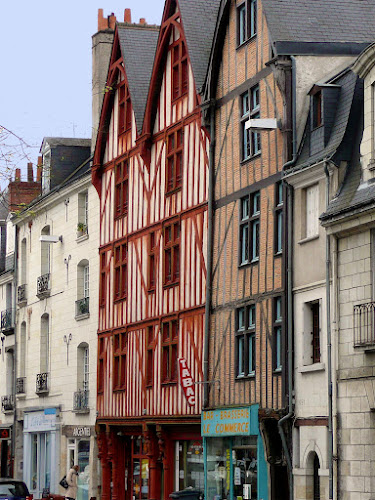 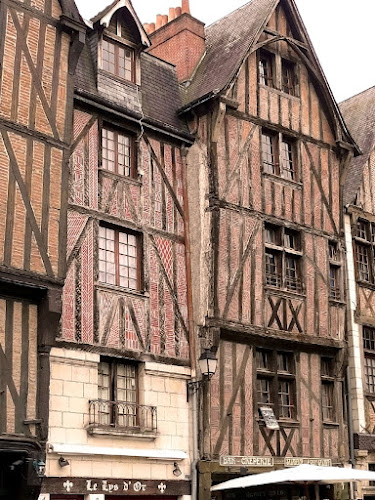 On warm sunny days tourists and students (Tours is a university town) gather in the area, creating a festive atmosphere. 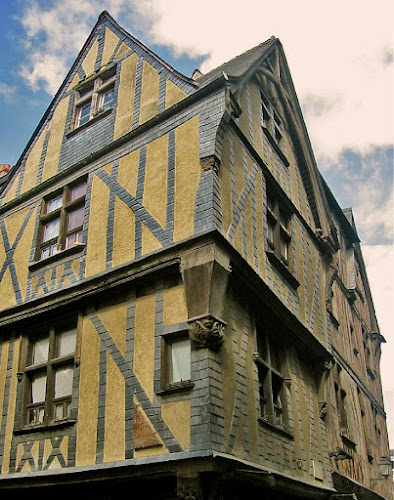 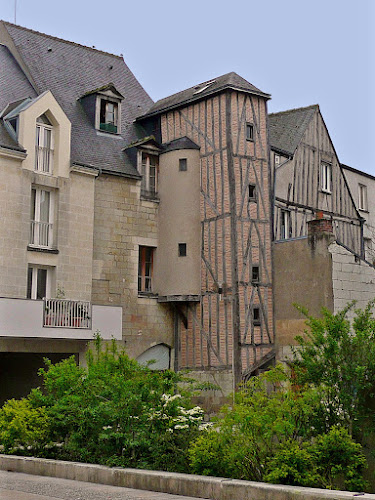