The church in Neufchâtel-en-Bray, near Rouen

The church in Neufchâtel-en-Bray, just 40 kilometers (25 miles) north of Rouen, had to be rebuilt after World War II. It had been devastated by German bombardments in 1940. Actually, 80% of the old town was destroyed. The Neufchâtel area, known as le pays de Bray, has been a war zone for ages. It's located at the northern limit of what was the Dukedom of Normandy, on the border with Picardy as well as with the French kingdom. The region was often embroiled in conflicts between greater powers nearby. It fared badly during the 100 Years' War with the English in the 14th and 15th centuries too. 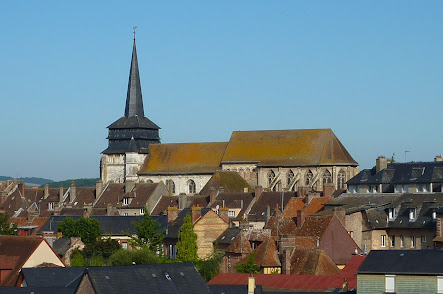 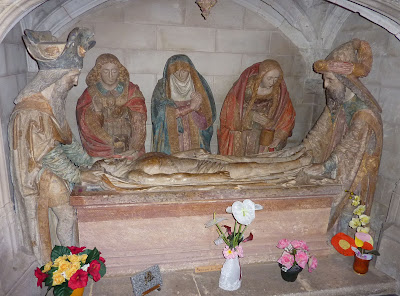 I just read on one web page that the sepulcher in my photos above and below dates back to the 15th century and was transferred here from the Cistercian abbey at nearby Beaubec-la-Rosière. 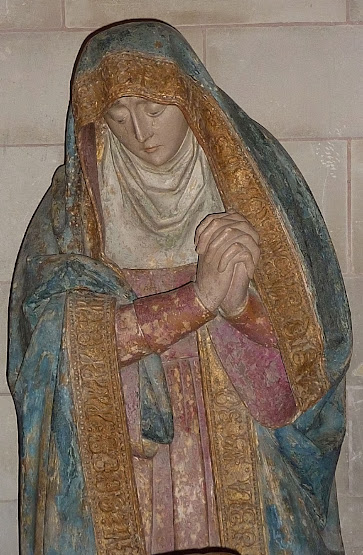 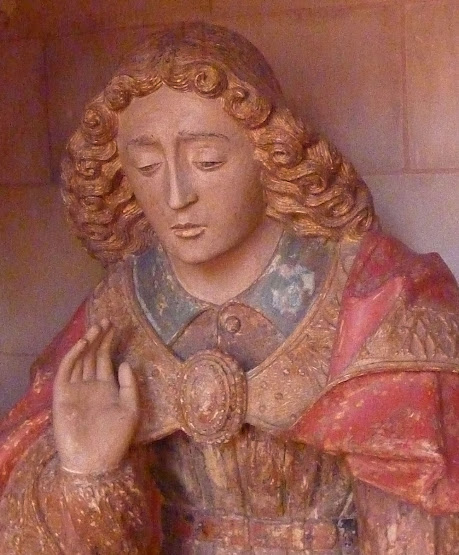 The church suffered major damage in the late 1400s and some of it had to be rebuilt and restored in the 1500s and 1600s. 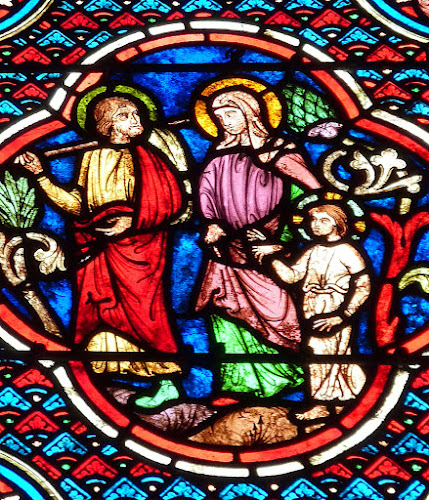 Still, parts of the church date back to the 1100s. It's probable that that the local cows' milk cheese, called Neufchâtel nowadays, was already being produced as far back as 1500 years ago. I remember eating a lot of it, as well as
a lot of Camembert, when I lived in Rouen in 1972-73. (That was only a thousand years ago!)
Posted by Ken Broadhurst at 06:20