My title today is based on an old advertising slogan that was used by the Calfornia cheese industry to advertise its products.
Understood was that California cheese was the reason why so many people loved to live in and visit California. Well, that really is true of the Normandy town of Neufchâtel-en-Bray. Neufchâtel cheese is a best reason for going there.
Cheese has been made in Normandy's pays de Bray since the year 1035, according to what I've read.
Pourquoi aller à Neufchâtel ? C'est le fromage ! Évidemment... 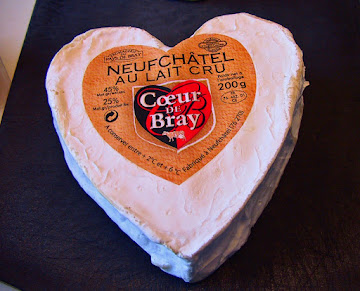 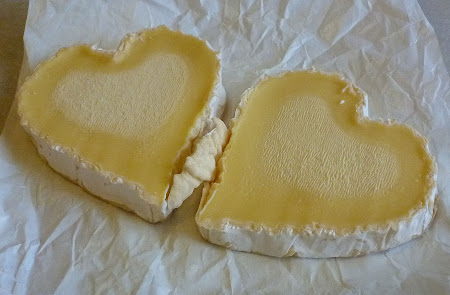 On the day we spent there, CHM and I decided that what we'd like to have for dinner was a cheese platter composed exclusively of Neufchâtel cheeses of different shapes and sizes and at different stages of maturation.
We were spending the night in Neufchâtel before driving on to Rouen the next morning.
As soon as we got settled in our rooms, I went out and walked around the
centre-ville to see what restaurants I could locate. 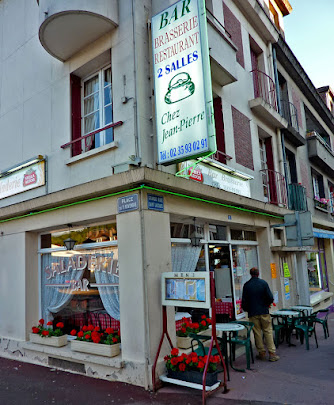 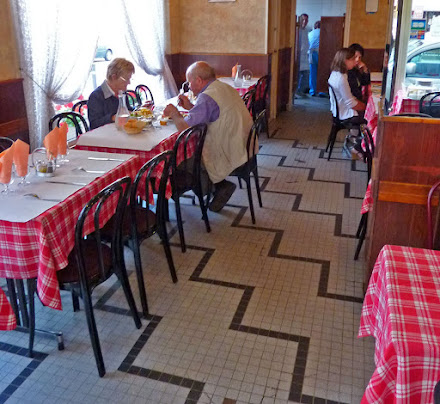 Here's the one I found: Chez Jean-Pierre. It certainly wasn't fancy. When I told the man I talked to
what my friend and I wanted to have for dinner, he said that would be no problem.
We ordered a pitcher of red wine and he brought us a huge tray of cheeses
and a basket of bread. We cut into and ate all we wanted. 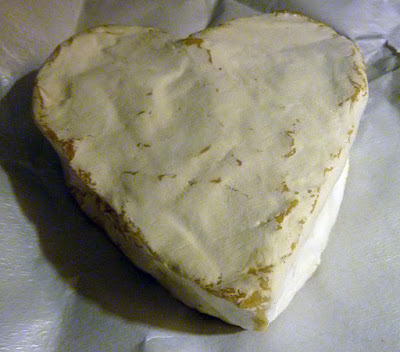 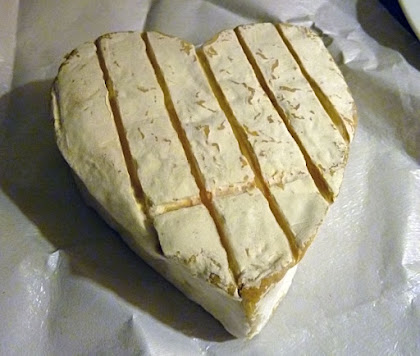 The best known Neufchâtel cheeses are made into a heart shape. They've been made that way for centuries, apparently. During the Hundred Years' War (14th-15th century), when the English occupied the area, the young women
of Neufchâtel would give their English sweethearts gifts of heart-shaped cheese to express their feelings.
That is the legend. Local clergymen were scandalized. They insisted that the cheeses
weren't made in the shape of a heart but in the shape of little angels' wings. 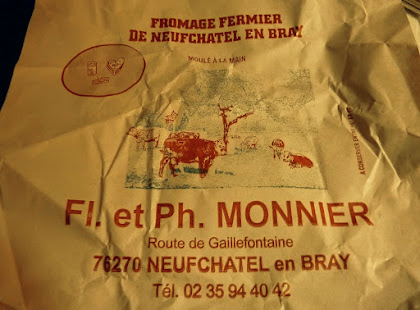 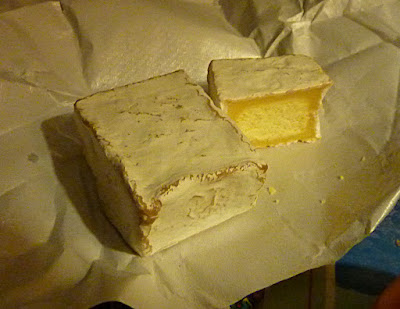 The man who provided CHM and me with our Neufchâtel cheese feast also told us where we could go to buy some cheeses to take back to Saint-Aignan with us. It was a dairy farm on the road to Rouen just outside the town. We stopped in and bought some cheeses of different shapes — including the one in the photo above, a cube that's called une bonde ("a plug").
The cœur in the first photo of this post is one I bought in a supermarket here in Saint-Aignan.
I buy Neufchâtel cheeses here frequently.