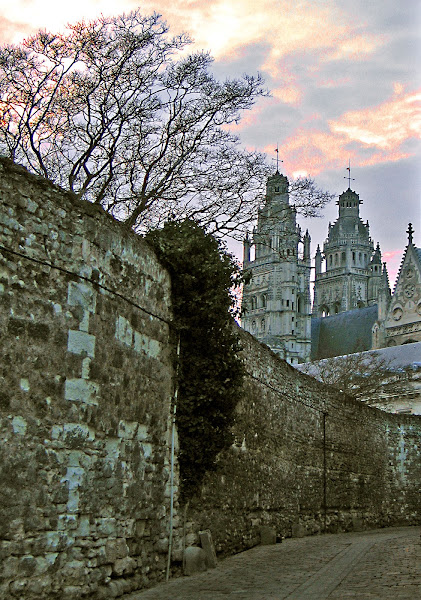 The neighborhood around it is quiet because it's off the beaten path that most tourists travel. It's un quartier plein de charme, Michelin says. 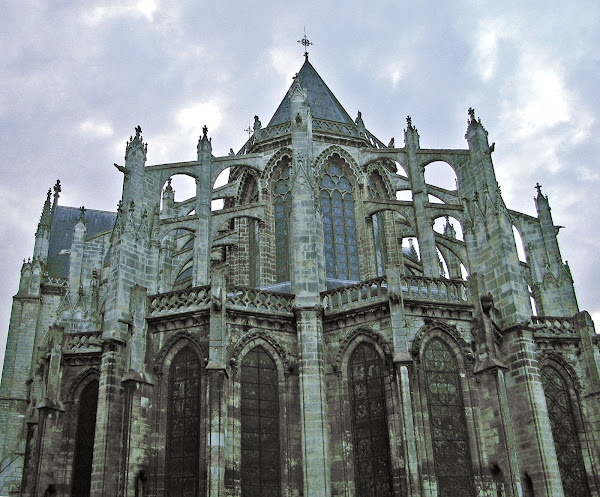 Here's a view of the chevet or apse of the cathedral. That's the east end of the building; the front of a cathedral — the main entrance — faces west. The east end is where the altar is placed. People prayed facing east toward Jerusalem.

Construction of the cathedral was interrupted by the Hundred Years' War (1337-1453) between the English and the French. It was fought on the territory that is now known as France. 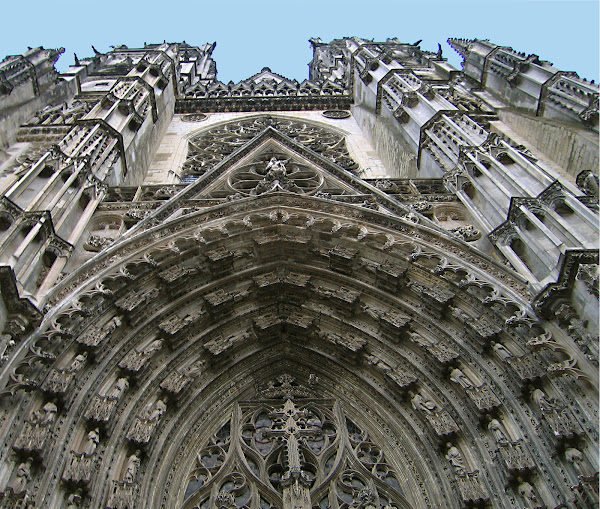 This is actually the fourth cathedral that has stood on this site. The first was built in the middle part of the 4th century A.D., but burned and was re-built later in the century. It was re-dedicated in the year 590. In the 12th century construction of another cathedral was started but it too caught fire and was never finished.

This photo is one I took looking up at the west-facing façade of the cathedral as it looks today. 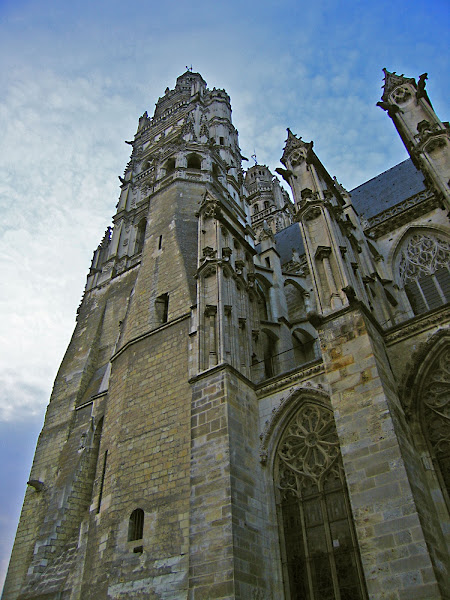 Because it took so long to finish, the building features a series a architectural styles. The towers that soar over the west front were finished in 1534 and 1547, toward the end of the French Renaissance and the beginning of the wars of religion pitting Protestant Huguenots against Catholics. One bell tower is 68 meters tall, and the other 69 (about 225 feet). 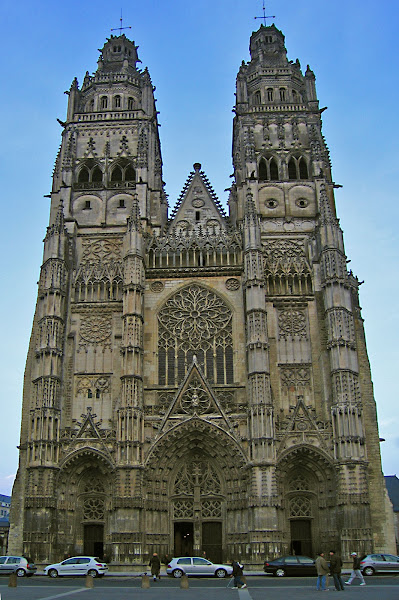 Here's the west front of the cathedral. The French Wikipédia article says that the building, while beautiful, is not widely recognized as one of the major Gothic cathedrals of France. However, it is known for its stained-glass windows. I've only ever been inside the building one time, on a March day, early in the evening, when there wasn't much light. So I've missed a lot of photo opportunities. To be remedied, if this pandemic ever ends.

P.S. You can see these images at full size by clicking on them or touching them. You'll see more detail.
Posted by Ken Broadhurst at 06:00