With a population approaching 700,000, Rouen's aire urbaine(metropolitan area) makes it twelfth-largest urbanized area in France. The urbanized areas of Lyon, Marseille, Lille, Nice, Bordeaux, and Nantes are significantly bigger, with populations of 900,000 or greater. Paris is in a class by itself, with an urbanized area that's home to more than 10 million. 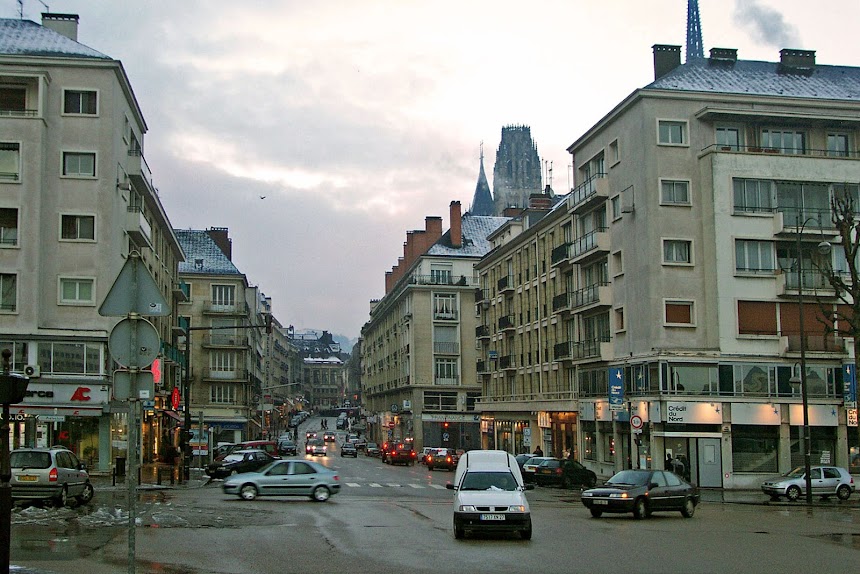 Other urbanized areas with populations greater than half a million include Strasbourg, Grenoble, Rennes, Avignon, and Montpellier. Tours and Orléans, in the Loire Valley, are slightly smaller (about half a million each). 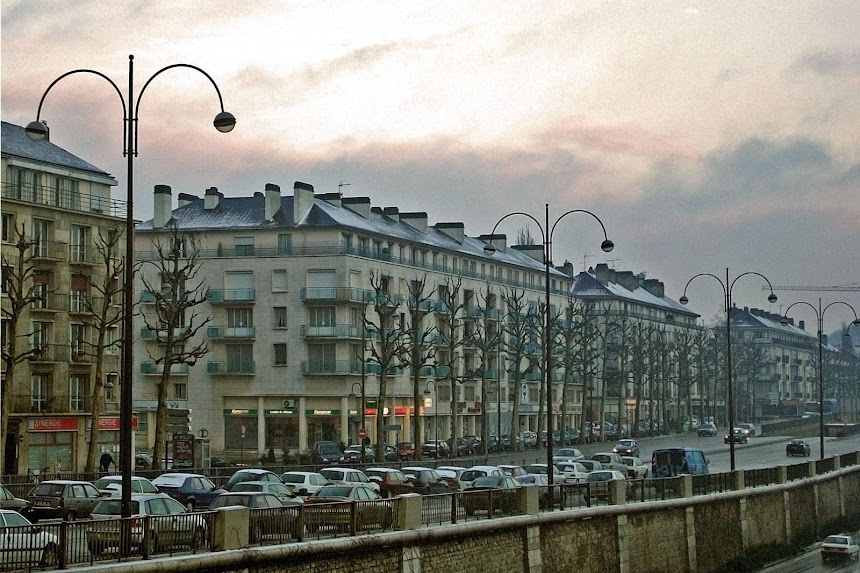 The photos here are a couple of views of the city of Rouen from the banks of the Seine. The old neighborhoods along the river were decimated by bombings during World War II and were rebuilt after the war. There are photos of some of the destruction on this blog and older photos of the city here.
Posted by Ken Broadhurst at 06:00