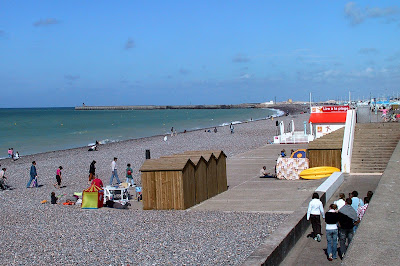 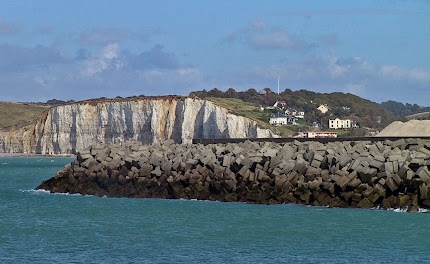 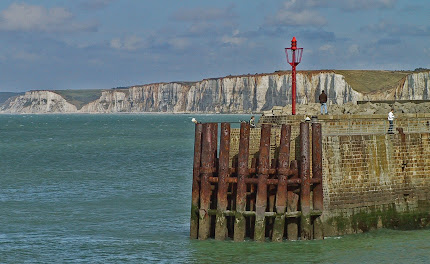 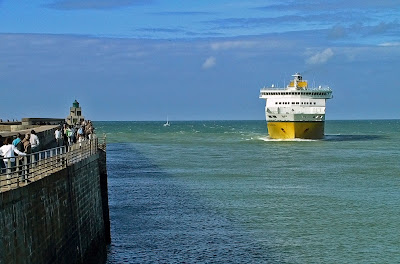 The port (composed of four harbors) at Dieppe is protected from ocean waves by a breakwater (un brise-lames)
that is usually called la digue (dike). People are allowed to walk out to the end of the breakwater and to fish.
The second photo just above on the right shows the car ferry arriving from the port of Newhaven in England. 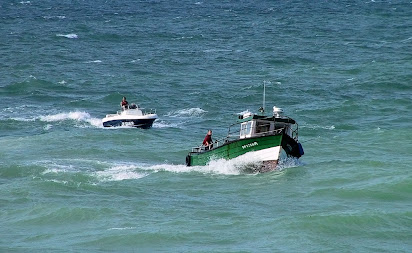 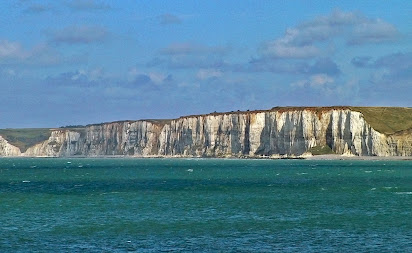 Just above are smaller boats coming back into harbor, and an unobstructed view of a long section of cliff east of Dieppe.
The original port was a particularly deep estuary, and it's not surprising the word "deep"
and the name Dieppe have related derivations from Scandinavian languages.