About 50 miles (80 km) east of Rouen, and the same distance north of Paris — in Picardy, not Normandy — stands an unfinished masterpiece of Gothic architecture, la cathédrale St-Pierre de Beauvais. The Wikipedia article about it calls Beauvais cathedral "a daring achievement." The building's interior vaulting exceeds 150 feet (48.5 meters) in height, which makes it the tallest Gothic cathedral in France — for comparison, Rouen's cathedral vaulting measures 28 meters in height, Bourges' and Reims' measure 38, and Amiens' 42.5. 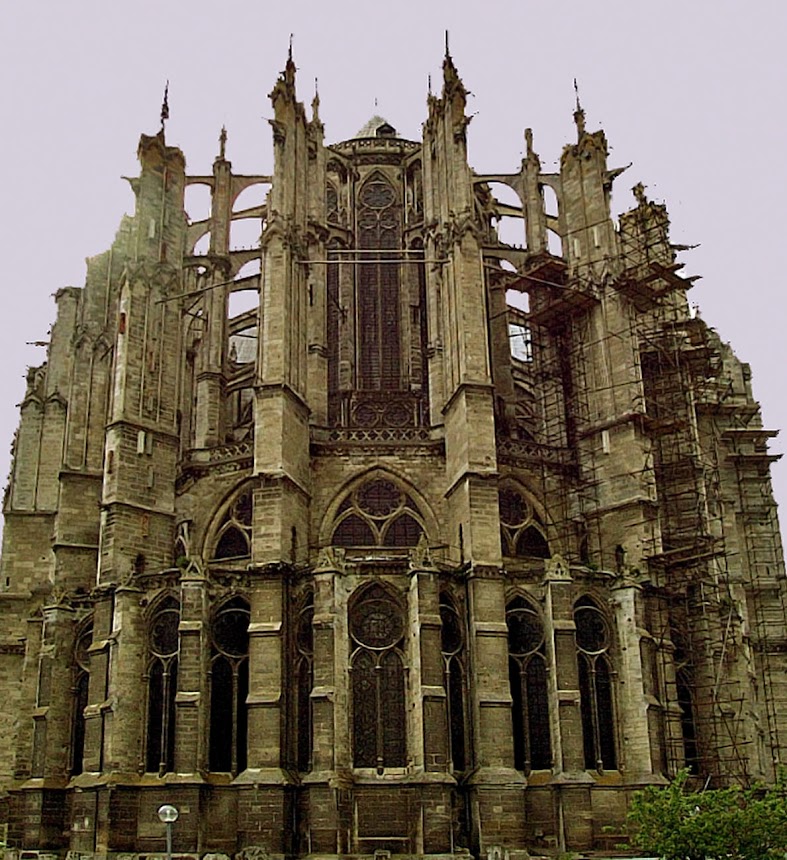 Construction of the cathedral in Beauvais began in the year 1247. A collapse in 1284 led to the realization that a
height limit had been reached. The structure was shored up, however, without any reduction in its height. 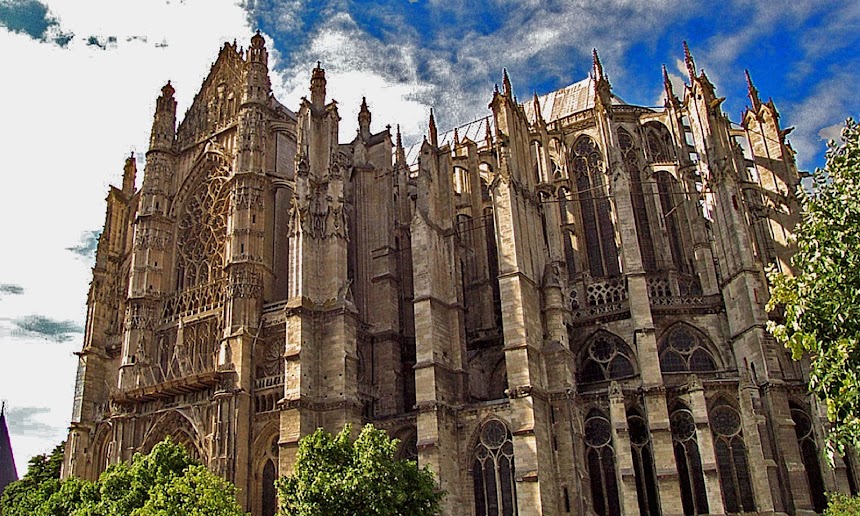 Speculation is that a storm was the cause of the 1284 collapse. The architects' and builders' goal had been to erect
a building that could be seen from great distances. Repairs weren't completed until the year 1347.
Then came the Hundred Years' War with the English and a major plague that halted construction. 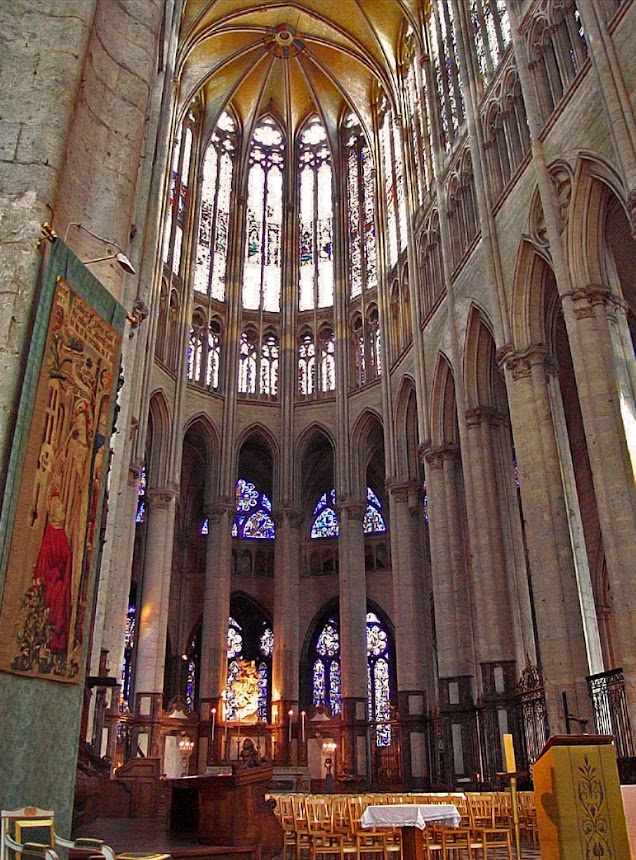 Work on the cathedral began again in 1500 and in 1550 construction of an enormous central tower,
topped with a tall steeple, was undertaken. The cross at the top of the steeple
was to soar more 150 meters (500 feet) above the ground. 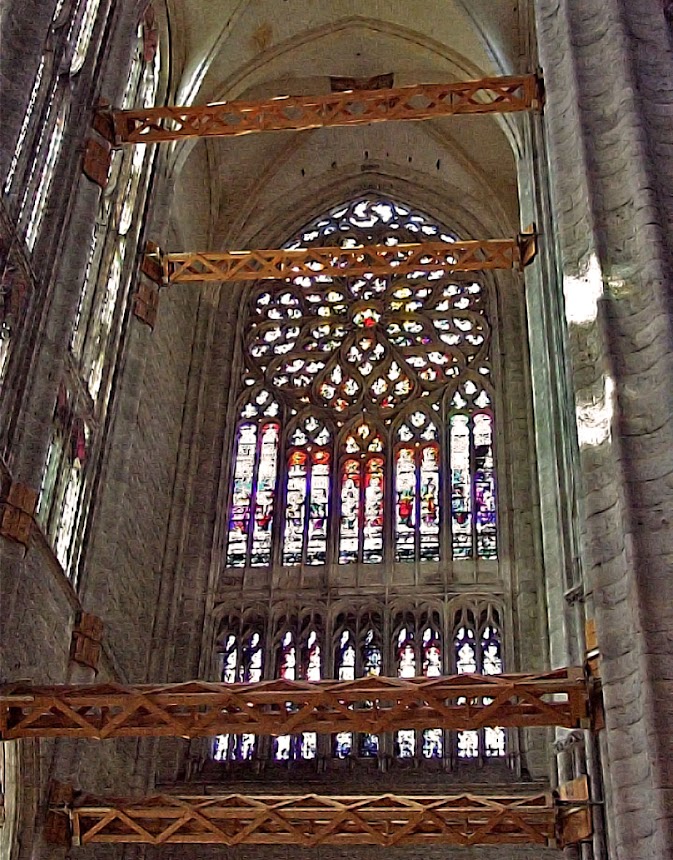 The tower and steeple were finished in 1563, making Beauvais cathedral the tallest building
in the world at the time. However, the steeple and much of the tower came crashing down
in 1573. The structure just wasn't solid enough to support its weight. 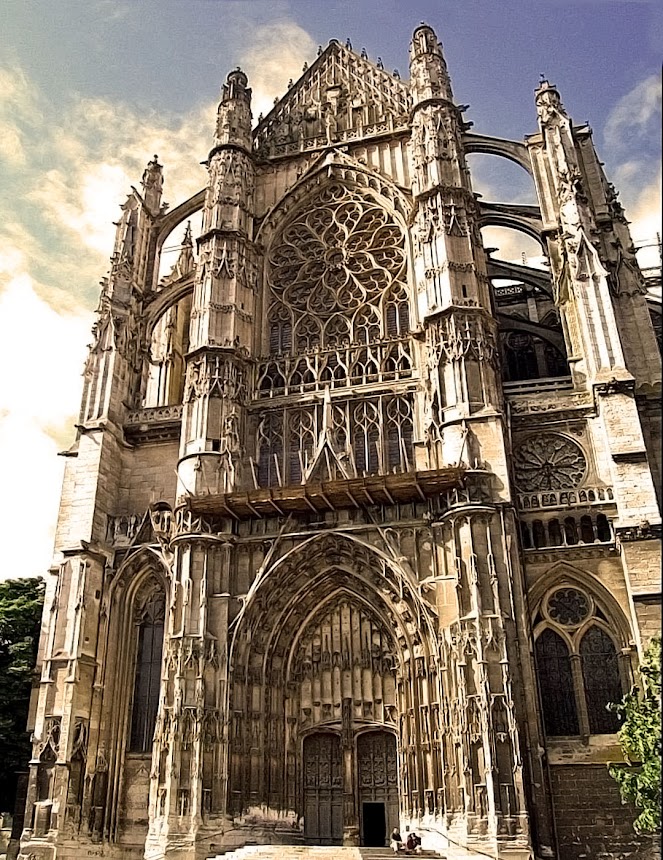 A lack of funds to rebuild and expand the cathdral left its structure largely unmodified
from that point on. It became obvious in the 20th century that the building needed
further reinforcements. A major restoration of the cathedral was completed in 2008.
I took the photos in this post when CHM and I went to Beauvais in June 2001.