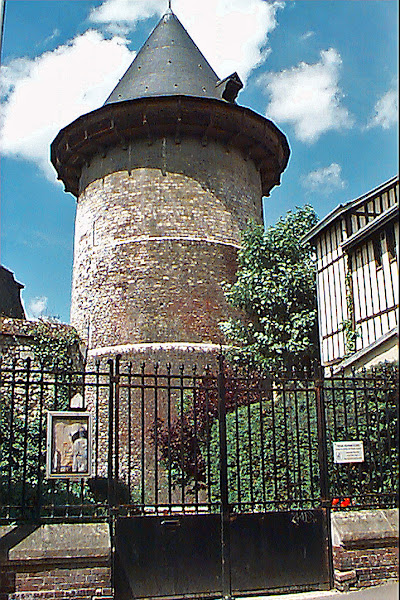 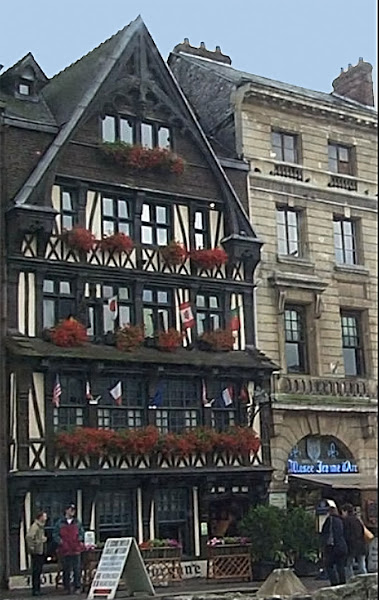 The last time I went to Rouen in Normandy was in 2010 — eleven year ago already. CHM and I had been on a road trip from the Loire Valley up into the Picardie region in northern France. We stopped in Rouen for lunch and for an appointment CHM had made there. The appointment was with a city official who took us for a tour of a famous tour, the Tour Jeanne-d'Arc. That's it on the left above.

We also stopped in at the old Musée Jeanne-d'Arc, which was housed in the ground floor of the building next door to the restaurant La Couronne, of Julia Child fame, on Rouen's place du Vieux-Marché. You can see it in the photo on the right above, on the right edge of the photo. I just learned that it was closed down in 2012 and replaced in 2015 by a new museum dedicated to Joan. 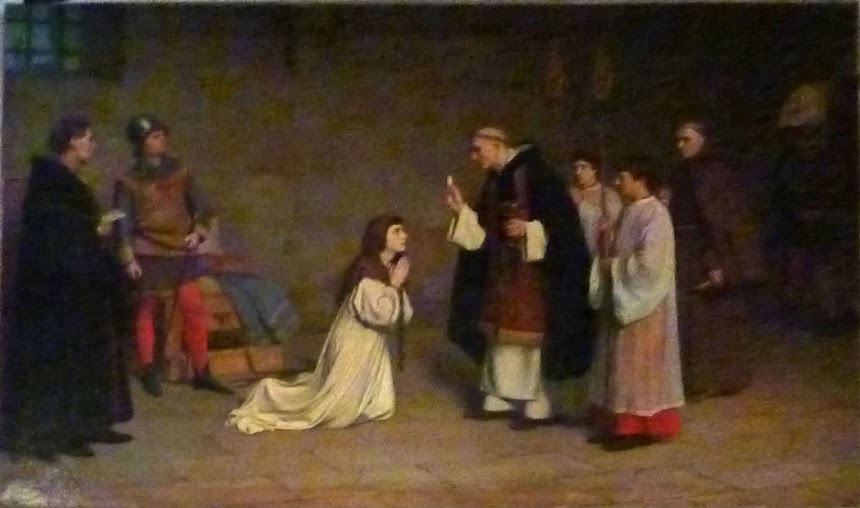 The Tour Jeanne-dArc is popularly thought to be the tower where Joan of Arc was held captive in the days and weeks before she was burned at the stake in Rouen, in the year 1431. The tower itself was the grosse tour or donjon (the main tower) of the old Château de Rouen, which was built by the French king Philippe-Auguste in the early 1200s and then torn down in the last years of the 1500s. Only this tower remains, and one of CHM's grandfather's paintings hangs on the wall there. We went to see it (just above). 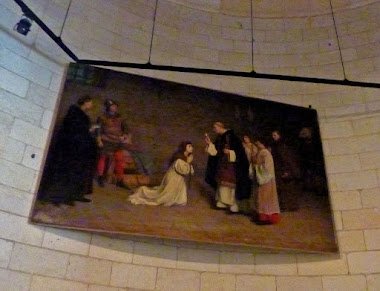 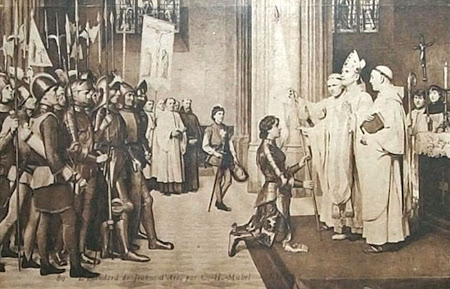 The photo on the left here shows how the painting of Joan of Arc by CHM's grandfather is displayed in the tower. It's a painting on a very big canvas. CHM's grandfather was born in 1817 in Picardie and died in 1905 in Paris, about 20 years before CHM was born. The print of another of the grandfather's paintings is in the photo on the right just above. I'm not sure why I took a photo of it at the Musée Jeanne-d'Arc. Maybe CHM will be able to refresh my memory. With him, I had seen the original of that second painting a year earlier. It hangs in the chapel at the Château de Blois, just 40 kilometers north of Saint-Aignan. Below is a photo I took there in 2009. It's also a very large canvas. 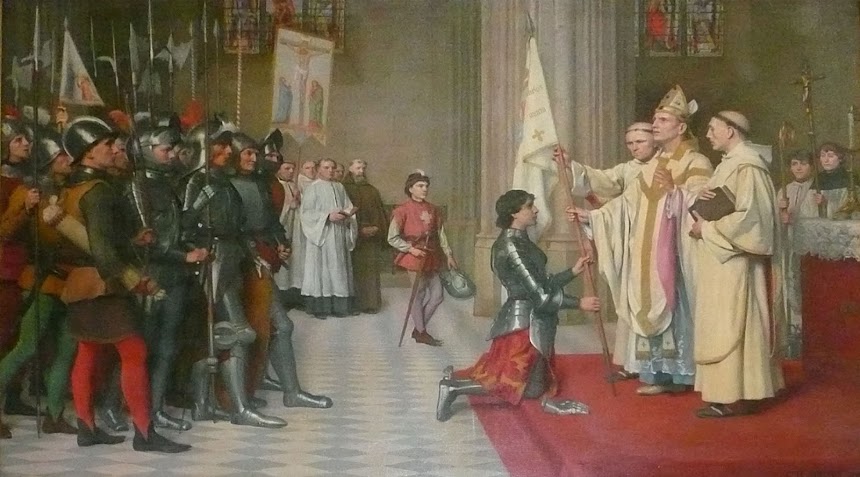