French Wikipédia includes an article titled Liste des édifices religieux de Rouen. It lists 25 existing Catholic churces; 16 Catholic churches that once existed but no longer exist; 22 Catholic chapels; 10 Protestant churches; 2 mosques; 1 synsgogue; and 5 “miscellaneous” churches or temples. That comes to 80 or 81 places of worship in all (I lost count).
Here are some exterior shots of is one of Rouen's most adimred churches, l'église abbatiale Saint-Ouen. The Michelin Guide for Normandy calls it “one of the jewels of High Gothic architecture” and says it is “remarkable for its proportions and the purity of its lines.”
1 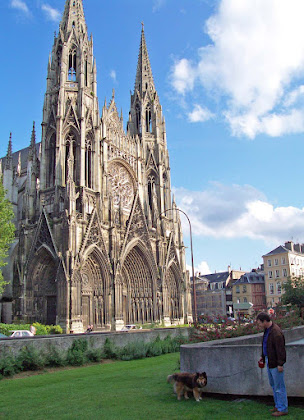 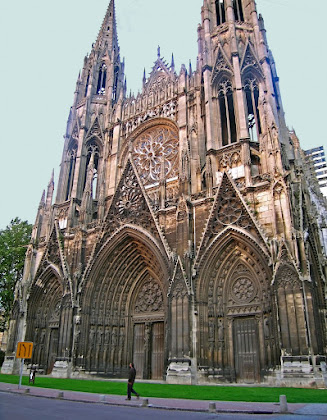 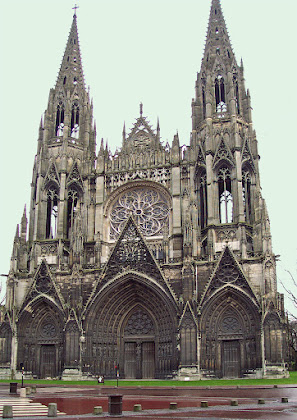 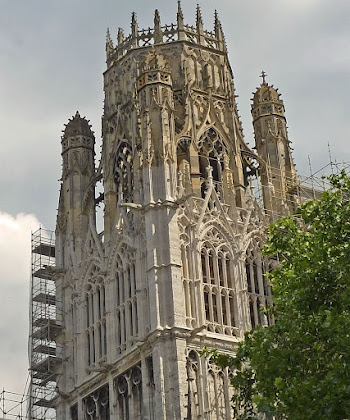 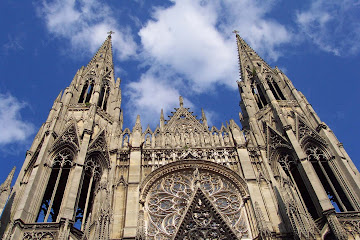 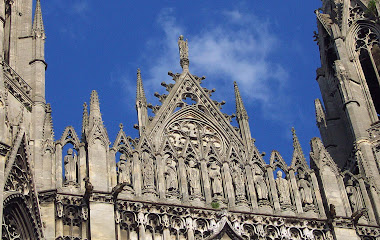 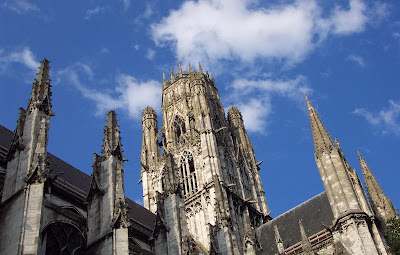 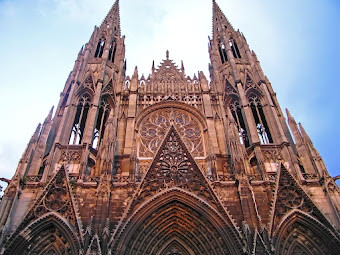 8
Don't worry, by the way. I only have two more Rouen churches that I plan to blog about...
Posted by Ken Broadhurst at 06:40