If you want to ride a bicycle in Rouen, you have to expect to get wet. The normal annual rainfall in the city is about 850 millimeters (nearly 34 inches) and rain falls 135 days per year (according to this newspaper article). It's usually a light rain, what we call une pluie fine or de la bruine (drizzle). One of the first things I was told when I went to work there was that it didn't really rain much in Rouen, but it rained just about all the time — especially in winter. The city's nickname is "the chamber pot of Normandy." A chamber pot in French is un pot de chambre. 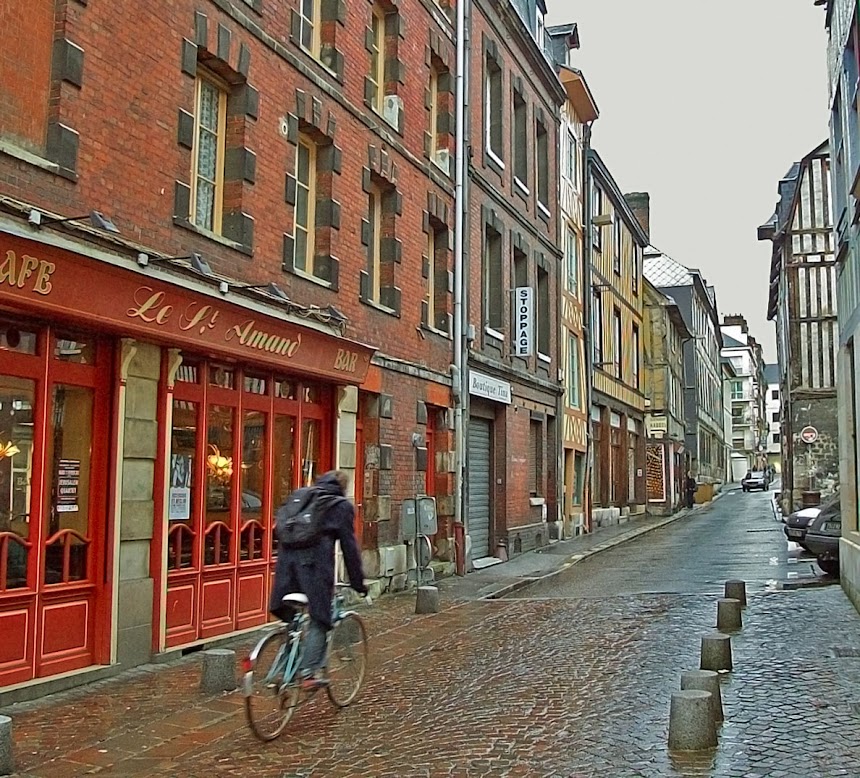 For comparison, in my home town on the North Carolina coast the average annual rainfall is 57 inches. Over there, when it rains it pours, but there are fewer rainy days than in Rouen. In Paris, San Francisco, and Saint-Aignan the yearly average is 25 inches a year.
By the way, if you're wondering about the meaning of the word stoppage, which you see on a storefront in the photo above, it's the name for what in English is called "invisible mending" or "reweaving" or even "French weaving". The verb is stopper. This web page describes reweaving as "an old-world skill of intricate hand weaving" to repair a hole, cut, rip, or tear in a piece of fabric. It's almost unknown in the U.S.
Posted by Ken Broadhurst at 06:00