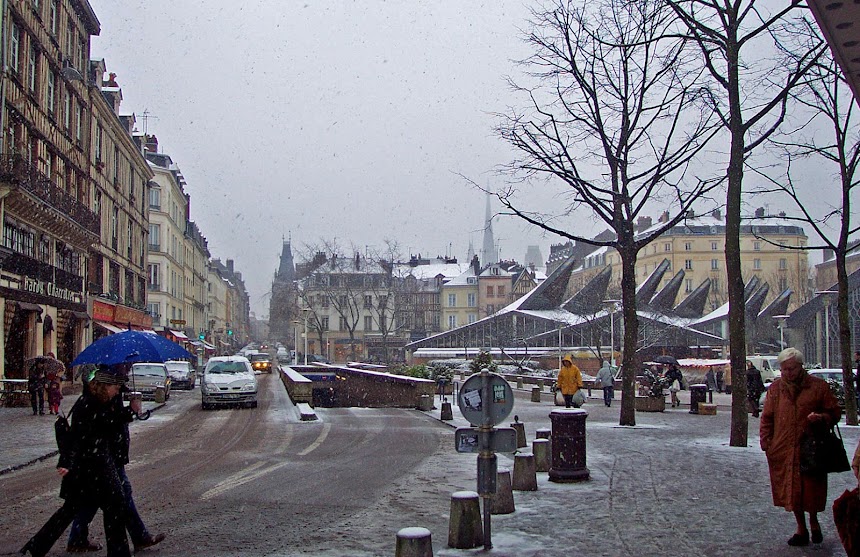 Rouen's main market square is called la place du Vieux-Marché. It's not far from the cathedral. Joan of Arc was burned at the stake here in the year 1431. In the 1970s a modern church (not to mention a new covered market hall) was built here and dedicated to her memory. 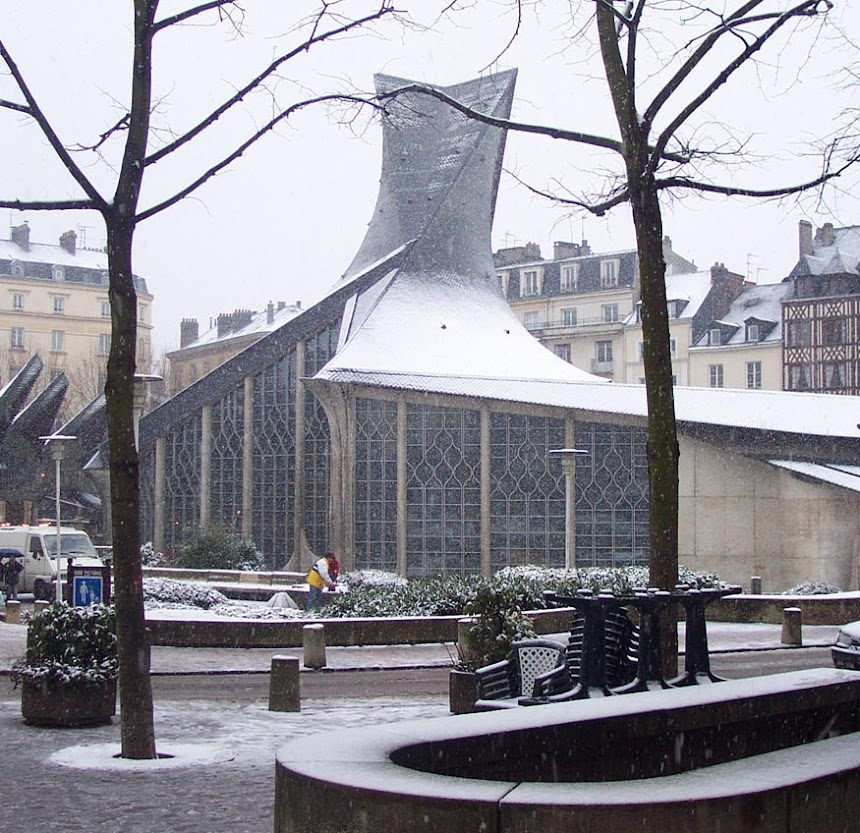 Inside the church there are Renaissance-era stained-glass windows that were saved during World War II because the glass was taken down and packed up for safe-keeping. The church where they were originally on display was called Saint-Vincent, and it was obliterated by Allied bombardments at the end of the war. 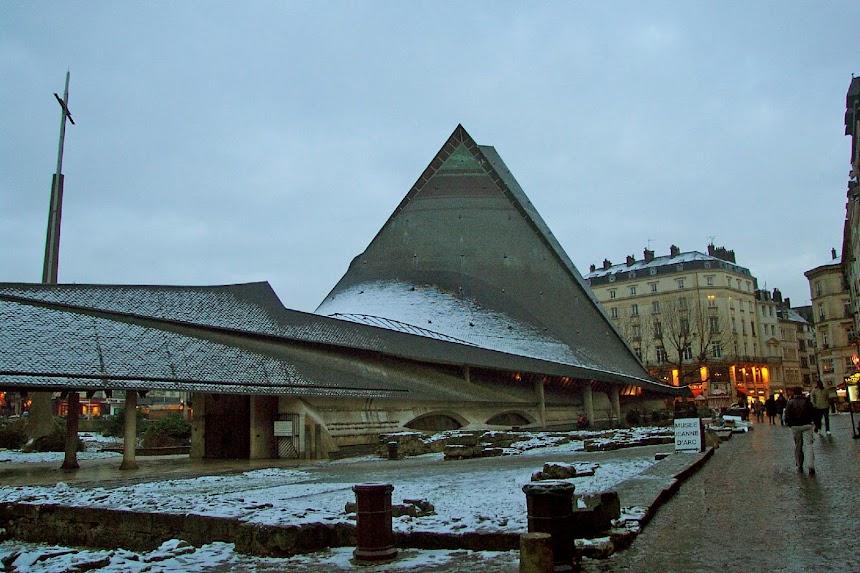 There's a better photo of the church here than the one I got on a snowy day in Februrary 2003. I used to do much of my grocery shopping in the shops and market stalls of the Vieux Marché when I lived in Rouen in 1972-73. 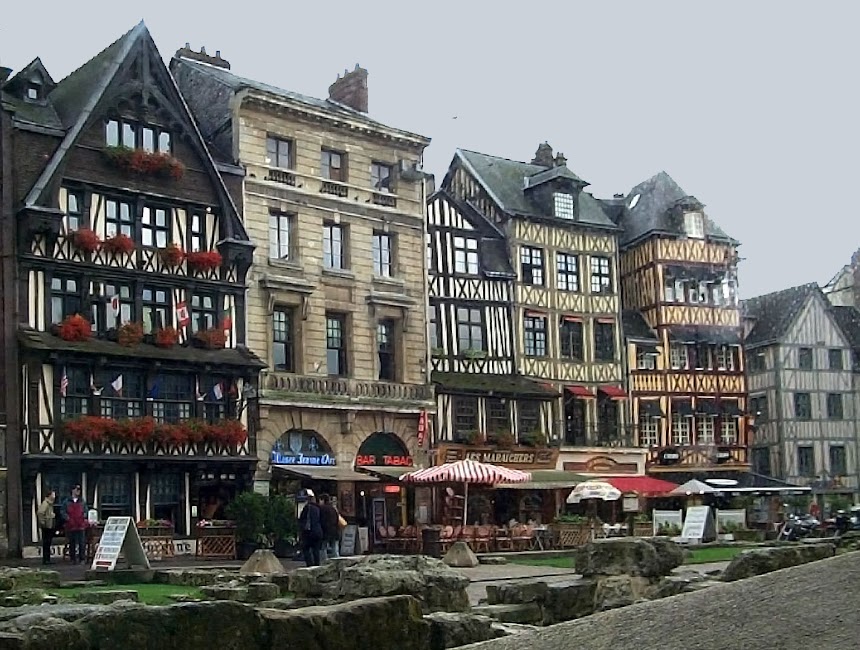 Just across the square from the church of St-Joan are these old buildings. The one on the left, adorned with red flowers, is the restaurant where in November 1948 (a few months before I was born) Julia Child had her first meal ever in France back in the late 1940s. It's called La Couronne and I've had the pleasure of dining there several times in my life.
Posted by Ken Broadhurst at 06:00