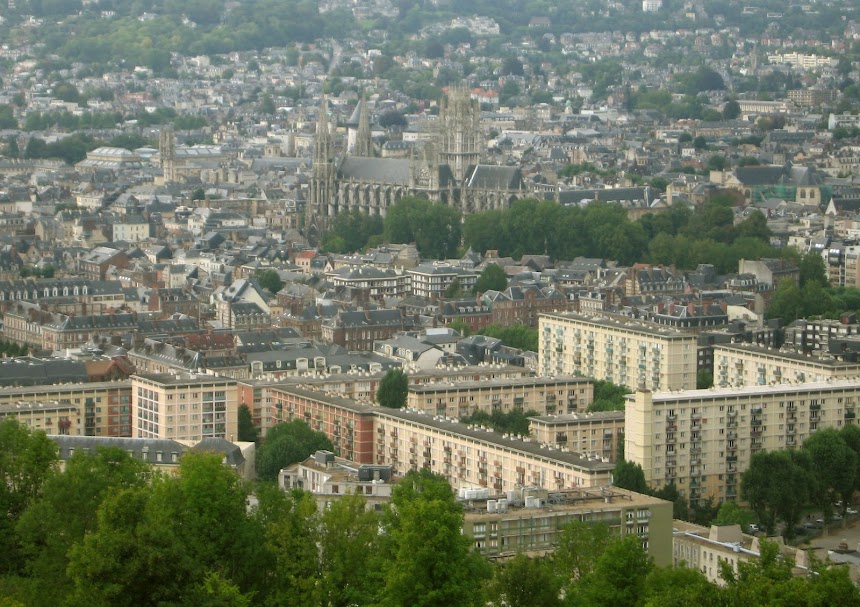 Here's a 2006 photo that shows the Église Saint-Ouen in its "urban context" — took it from the high hills southeast of the city, in an area called La Corniche (meaning "cliff" or "ledge"). I've "edited" or "post-processed" it in Photoshop to make it better, I think, than the version that came straight out of the camera. 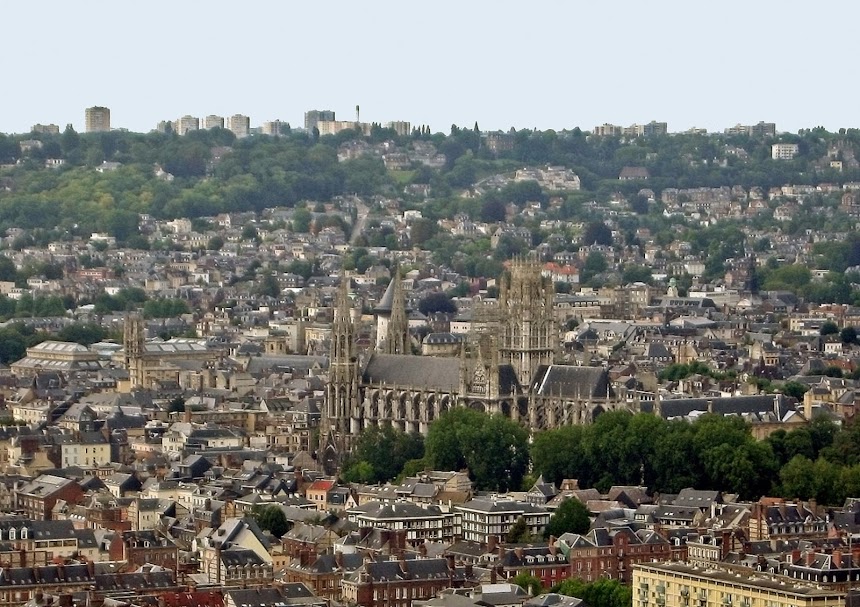 Here's another version of the same photo that I processed more more aggressively in Photoshop. I cropped it differently, before deciding that that strip of sky didn't "add much value". This version isn't bad, in my opinion, but it looks less like Rouen, where the sun can shine brightly but doesn't do so all that often. More often it foggy and misty there, sometimes with a pluie fine falling. You might call that kind of rain "heavy drizzle". 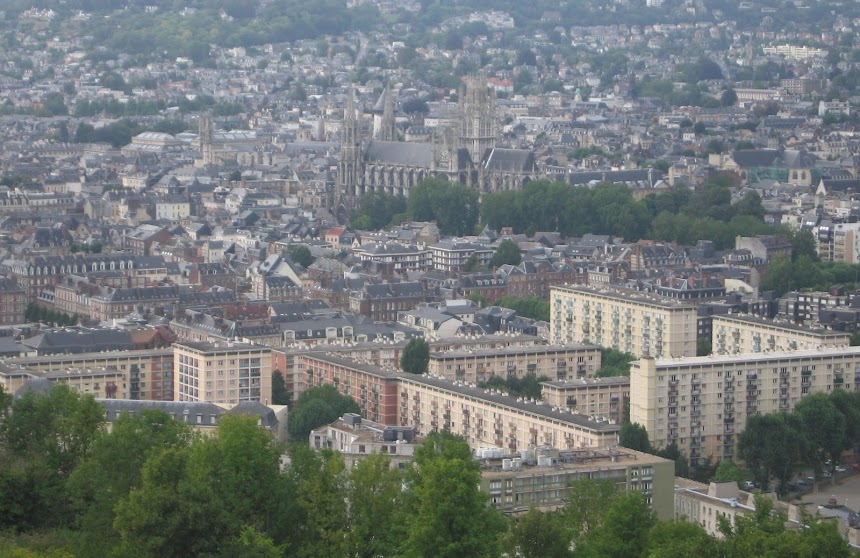 Finally, here's what the camera saw. The focus is definitely softer and the tones are bluer or at least grayer. It's up to you to decide which view you prefer. Maybe this last one is the most authentic after all. You can enlarge them to see more details. The camera, by the way, was a Canon PowerShot s70 that I bought in 2005 and that fit easily into a coat pocket.
Posted by Ken Broadhurst at 06:50