Zooming in on the Église Saint-Maclou in Rouen (Normandy)

This is a series of photos of the third major church in Rouen that were taken in different years, in different seasons, and
with two different Canon cameras. From top to bottom the zoom increases and comes to focus on the Église Saint-Maclou. 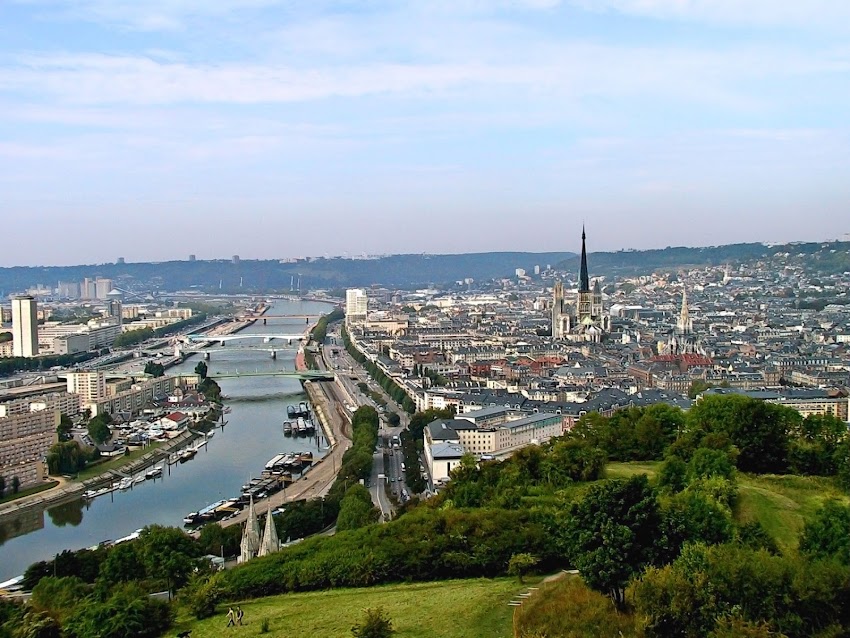 1
Saint-Maclou is the church with just one white steeple that you see on the right in the photo above. 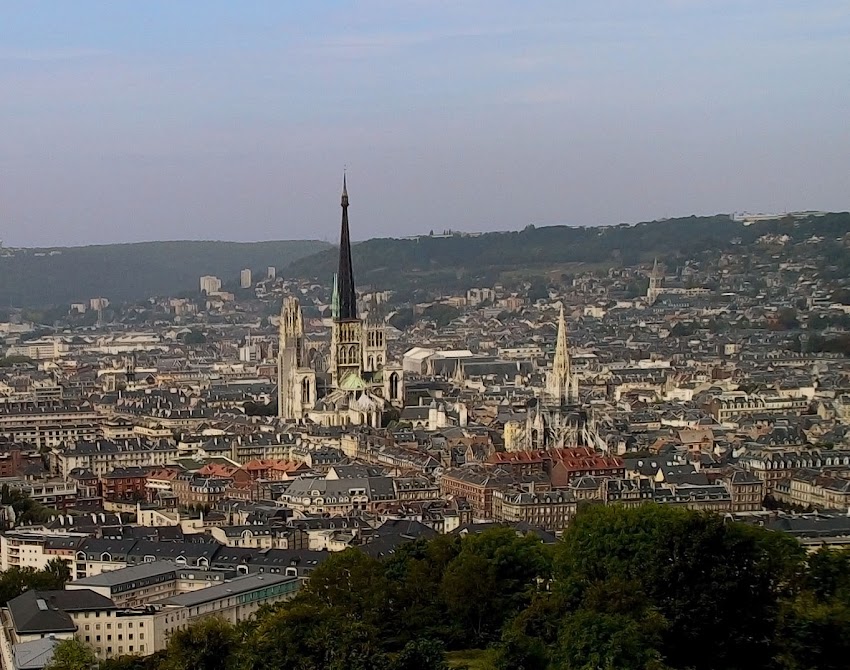 2
In this slightly closer view, you can see how close Saint-Maclou is to the much larger Cathédrale Notre-Dame de Rouen. 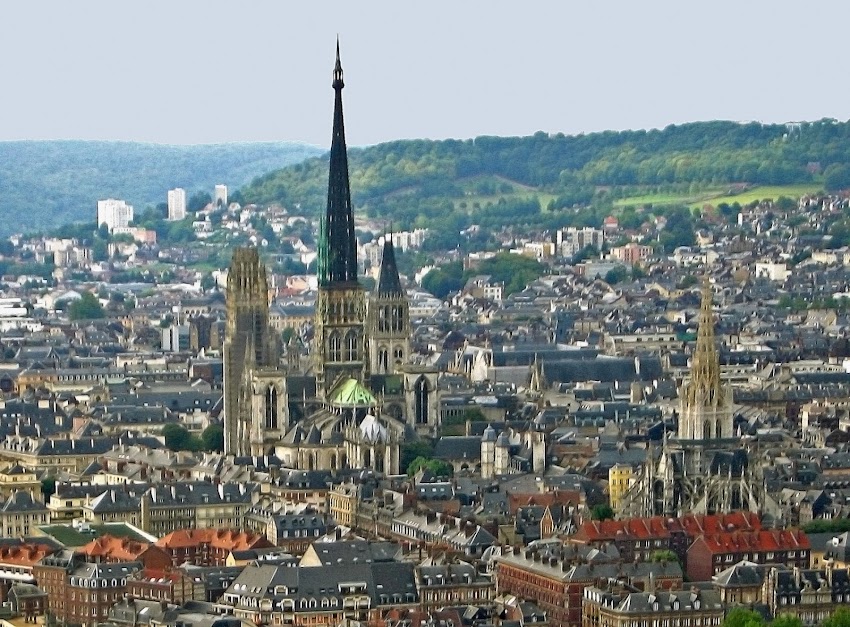 3
Closer still ... Saint-Maclou was built in the Gothic-Flamboyant style between the years 1437 and 1517,
says the Michelin Guide, pointing out that only the spire over the belfry is modern. 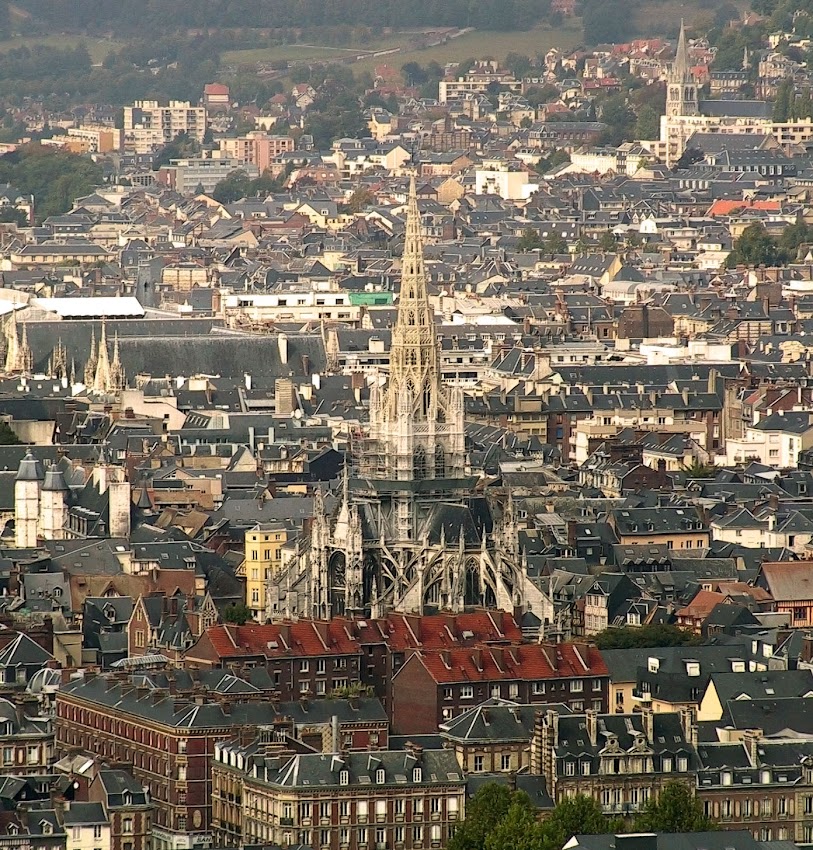 4
The French Wikipédia article about Saint-Maclou says that the church suffered major damage
during World War II when two bombs hit it in 1944. 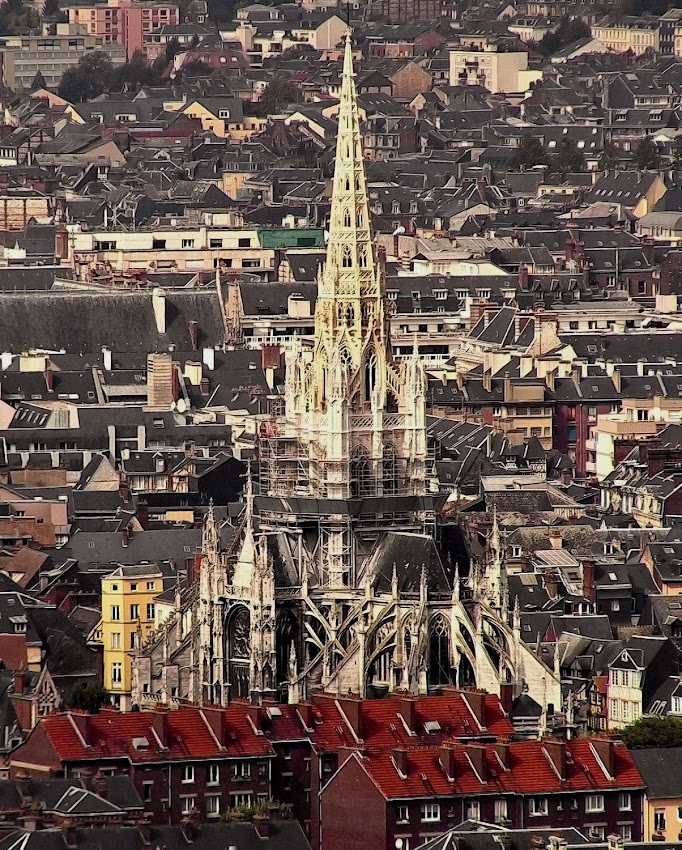