The city of Rouen is well known for a style of pottery produced there, especially in past centuries. It's called faïence de Rouen — faïence is "earthenware" or "crockery" in English. Earthenware is made from terra cotta (clay) and then coated with a tin glaze before being fired in a kiln. It's a non-vitreous pottery. The name comes from the town of Faenza in Italy, and it's one of the world's oldest styles of pottery.
1 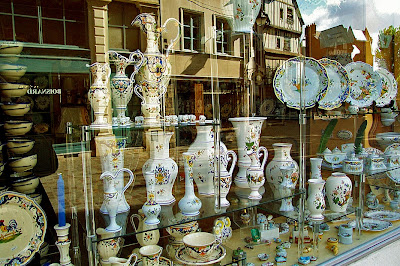 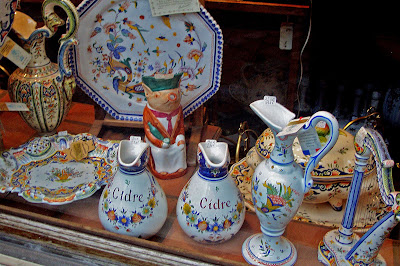 2
According to the Wikipedia article about faience, the first well-known painter of faience in France
began producing such pottery in Rouen in the 1530s. In the 17th century, Rouen and the town of
Nevers on the Loire river were the two mains centers of faience production. 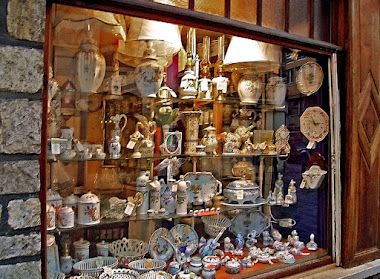 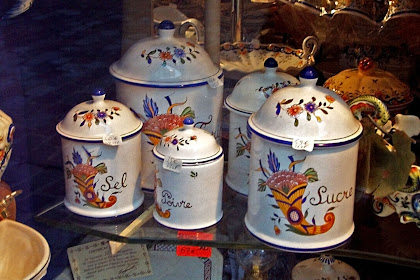 4
Many other towns and cities around France began production of faience in the 18th century and became known
for glazes using different motifs and designs. Production declined starting in the 19th century. 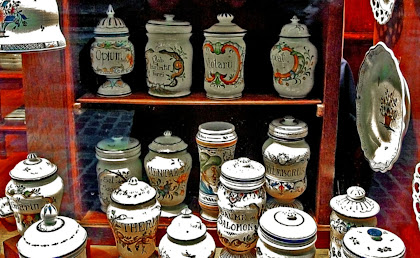 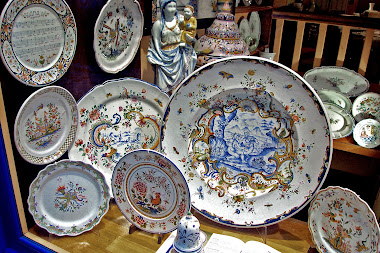 6
One of the remaining producers of Rouen faience is the Fayencerie Augy in the historic center of the city,
near the cathedral. I think that's where I took these photos in the early 2000s.