Stained glass at the Église Ste-Jeanne-d'Arc in Rouen

I believe that these are the only photos I have ever taken of the stained-glass windows in the Église Sainte-Jeanne-d'Arc in Rouen. The church was built in the 1970s, when I spent a lot of time in Rouen, so I must have seen it when it was under construction — but I don't remember it much. The stained-glass window panels installed in Saint-Jeanne-d'Arc had been taken down out of their frames in a nearby Renaissance-era church at the begining of the Second World War and hidden away for safe-keeping. 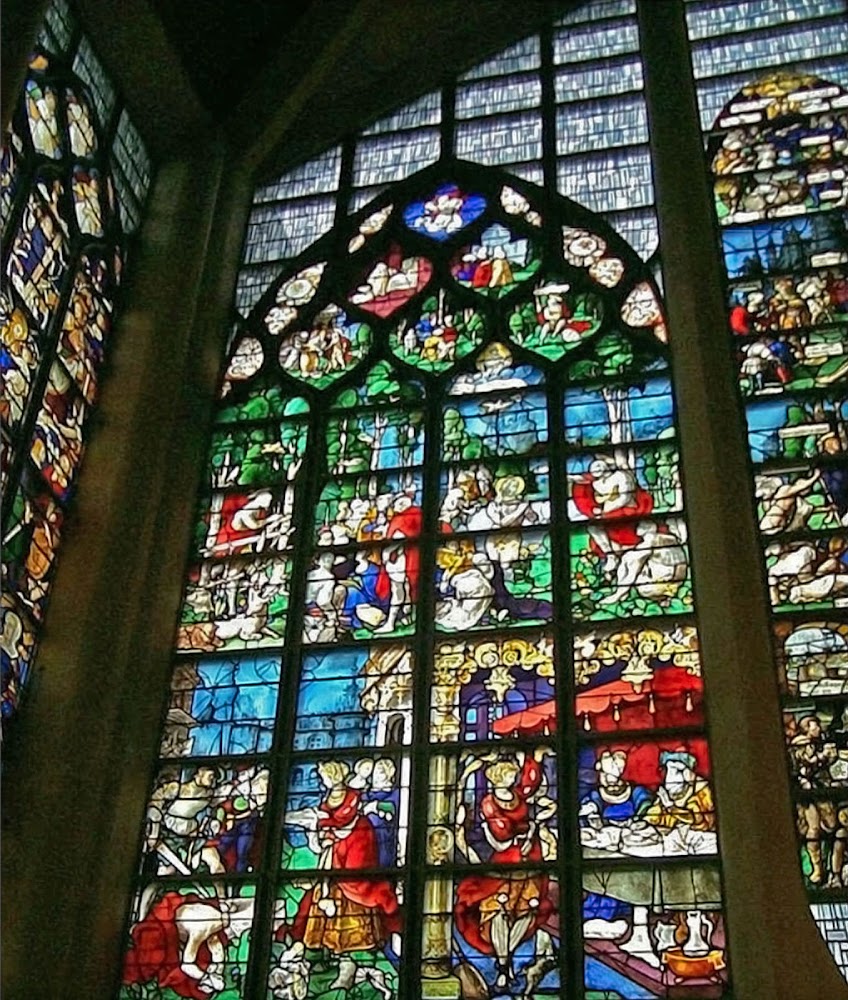 The old church, Saint-Vincent, ended up being destroyed by Allied bombings in 1944, so only these window panels survived. They were mounted in window frames in the new church so they could be admired by the public. They weren't easy to photograph successfully in 1999 when I was there. The church was only 20 years old then.
2 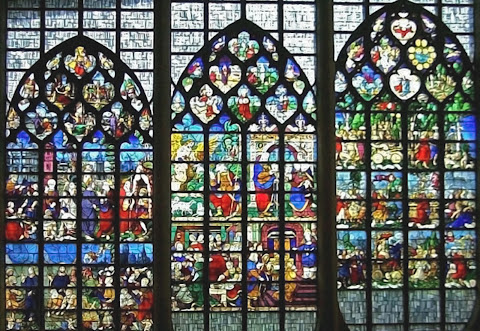 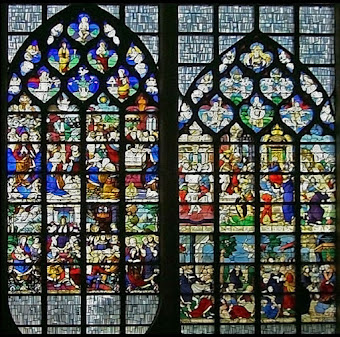 The photos above show how the windows are displayed in the new church. Lean back from your monitor
or hold your tablet at arms' length to get an idea of how you would see them in the church.
The image below might give you an idea of what the glass looks like up close. 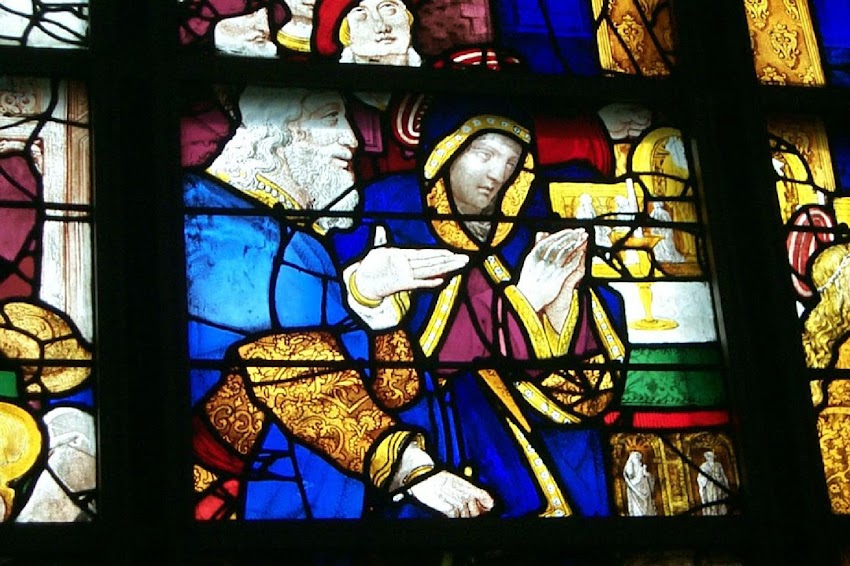