Our house near Saint-Aignan is located about one kilometer (just over half a mile) from the Cher river on the river's left bank. The Cher is a tributary of the Loire that has its source in France's Massif Central (central highlands) 50 kilometers (30 miles) south of the big town of Montluçon and 14 miles east of Aubusson. It flows for 365 kilometers (227 miles), first north and then turning west at Vierzon toward Tours. Just west of Tours it joins up with the Loire river at Villandry. 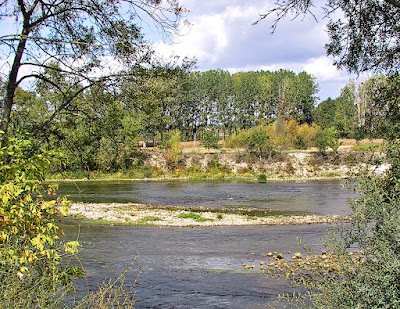 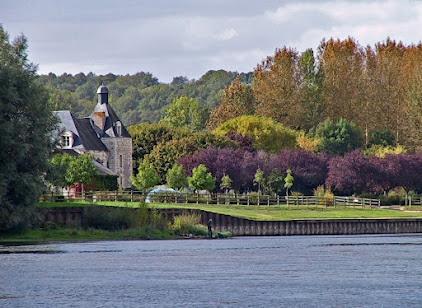 2
The Cher runs along the southern edge of the Loir-et-Cher département (county, more or less), which is named
for the Cher and for the Loir river, which flows across the northern part of the département. 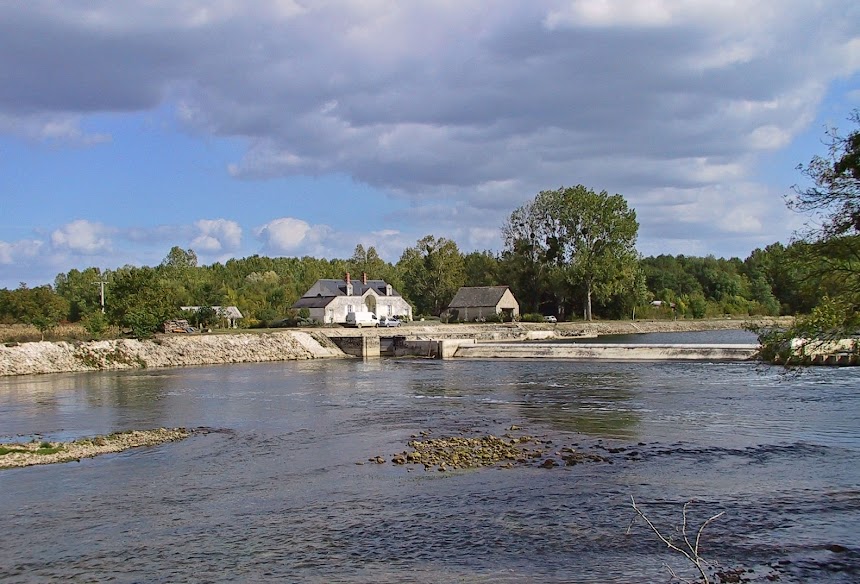 The Cher is a fairly slow-flowing river and it's not very deep at Saint-Aignan. There are locks at Saint-Aignan, Mareuil, and Pouillé that used to allow boats and barges to navigate on the Cher. The photo above shows the lock (écluse) and
lockkeeper's house at Mareuil, which has in recent years been rented out as a gîte rural (vacation rental).
3 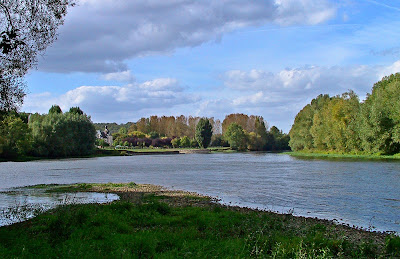 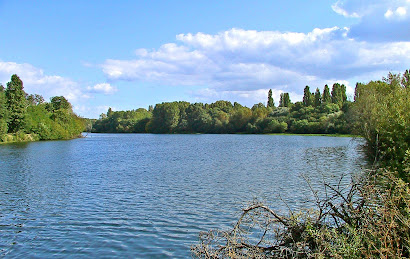 4
The Cher might be a lazy river, but it does flood from time to time. It overflowed in the Saint-Aignan area as recently
as 2016. It also flooded the area in about 20 years ago. We live up a steep hill from the river,
so we don't have to worry much about flooding.
Posted by Ken Broadhurst at 07:00