It's funny. I have two Michelin Green Guides for Normandy, one in French with a copyright date of 1981, and another in English with a 1996 copyright. In the French-language guidebook, there's no entry for the château de Pirou at all — Pirou doesn't appear in the index. But it's there in the newer English-language book. Apparently the château underwent a long restoration between 1968 and 1994. I guess that was when it was opened to the public and got into the guidebooks. If you want to read about Pirou, you can do so in French here and in English here. Don't miss the story about the geese... On either Wikipedia page you can see a lot more photos of the château. Here are some more of CHM's photos from 1998. 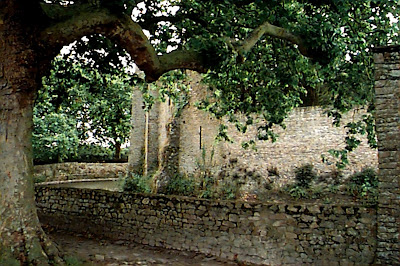 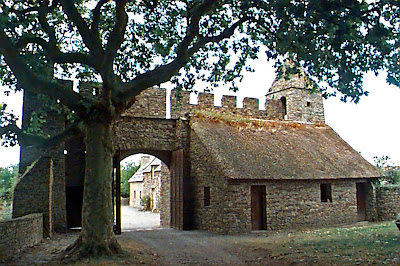 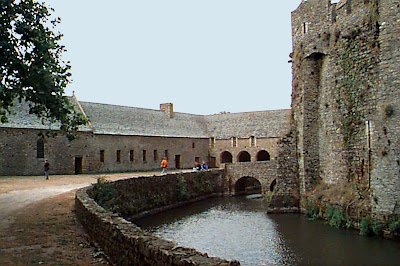 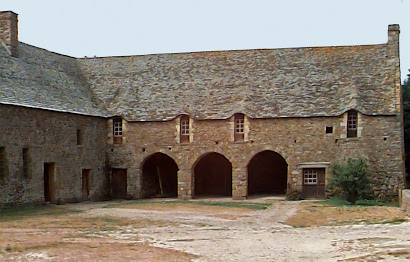 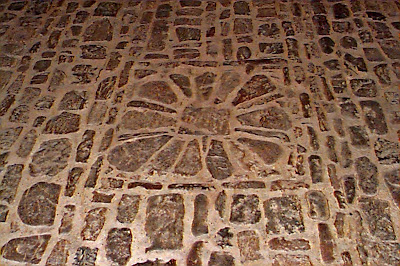 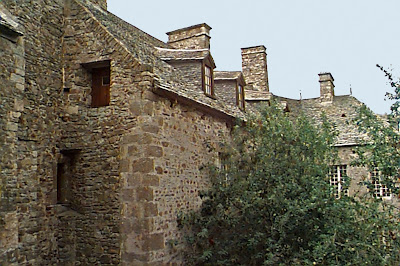 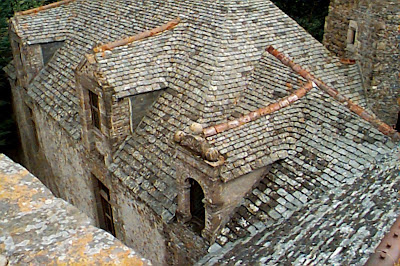 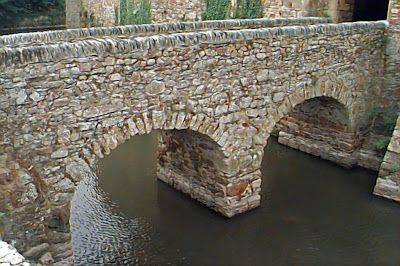 Here's the story about that English-language Michelin Guide. It was on one of those days in August 1998 when CHM and I were driving around seeing the sights in Normandy that we decided we needed a guidebook. We stopped in a little bookstore/newstand in some little town to buy one. The woman running the shop apologized and said she had only the English-language book; she had sold out of the French-language book. CHM and I looked at each other, then looked at her and smiled, saying we would do fine with the English book. I've still got that one.
Posted by Ken Broadhurst at 06:30