The history of the hamlet where we live

Here we are waiting to see if the landscaping crew will show up this morning. It's not raining and I don't think the ground is too wet for the work to be done. If nothing else, the crew can start trimming the long hedge that runs around three sides of our property. It's over 110 meters (about 400 feet) of hedge, if I'm not mistaken.
Diogenese asked in a comment yesterday why we have had so many trees and shrubs die on our property over the last few years. I attribute a lot of it to the very dry, hot summers and wet, mild winters we've had over the past 4 or 5 years. The landscaper agrees with me, at least about the hot dry summers. Our neighbors have lost a lot of trees too. I also attribute the die-off to the sheer age of the trees planted around our hamlet. 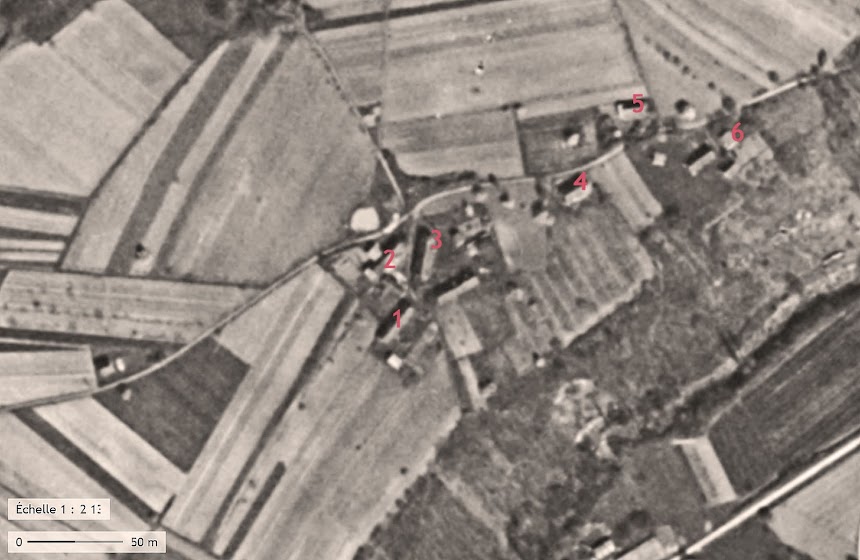 An aerial photo of the hamlet taken sometime between 1950 and 1965
This hamlet (officially) or village (in local parlance) underwent a transformation in the 1960s and 1970s, I believe. Our house was built in the late 1960s. There are two other houses in the hamlet that were built, I believe, at about the same time. Then there are six houses that have been here a lot longer, maybe since the first half of the 1800s. Three of those old houses were bought by our neighbors in about 1970. That might be when electricity and running water became available here. One other house, I recently learned, has been occupied by the same family since 1950. Another old house stood empty for several decades. A young couple bought it a couple of years ago and just had a new roof put on it. 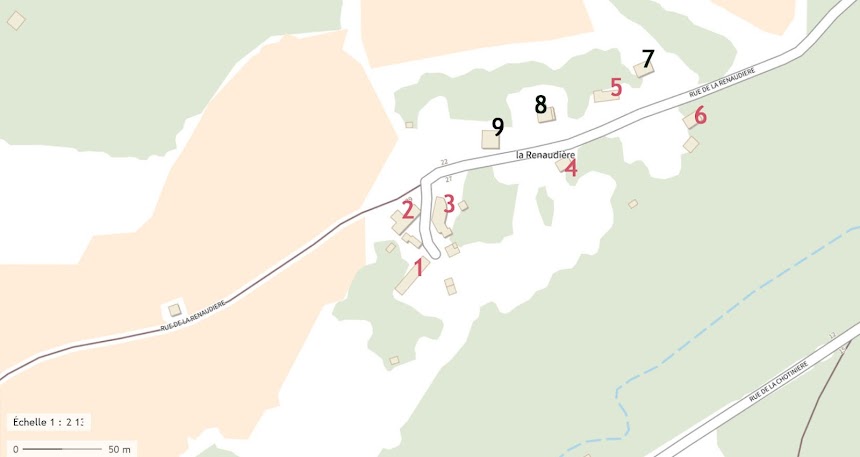 A recent map showing the nine houses and the outbuildings that make up the hamlet
So of the nine houses in the hamlet, seven either were built or changed hands about 50 years ago. One other one was bought and restored about 40 years ago. I'm sure a lot of the new residents planted new trees on their property when they moved in. Those are the trees that are dying, I think. 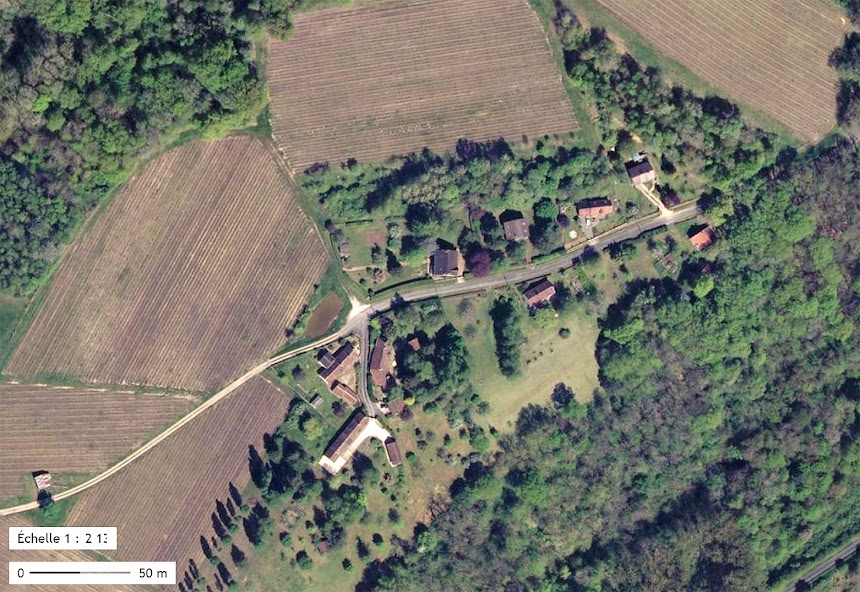 A recent aerial photo of the hamlet where we live
In this post I'm including a recent map of the hamlet as well as two aerial photos. I've numbered the houses on two of the images — our house is number 9. In the older aerial photo, taken sometime between 1950 and 1965, you can six the six old houses that still stand. There were a lot of outbuildings (barns and sheds) all around, and many of those no longer exist. The hamlet was surrounded by farmland that has now been replaced by vineyards. I'm not sure when that happened, but the owner of many of the vineyard parcels around here, who is in his mid-80s now, told me one day that he remembers working in the fields in his youth and how muddy everything was back then.
Posted by Ken Broadhurst at 06:32