I learned yesterday that there are 16 dams with locks and lock-keeper's houses on the Cher river between Saint-Aignan/Noyers and Tours. That's a distance of about 40 miles (65 km). I had no idea there were so many of them. According to the web site of Les Amis du Cher Canalisé, it was in the 16th century that large boats began to ply the waters of the Cher, moving cargo downriver only by taking advantage of river currents when the water level was high enough. Then mills began being built along the river and passageways for boats were provided, often for a fee. There was such a mill on the bridge in Saint-Aignan until about 1976, when it was finally torn down.
1 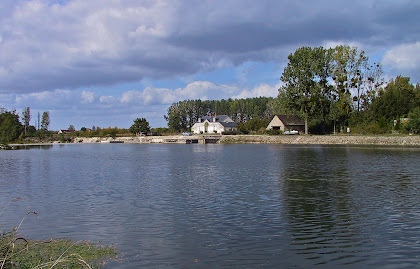 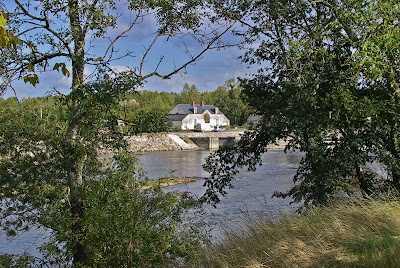 2
The river wasn't actually "channeled" (canalisé) by the construction of dams (barrages) and locks (écluses)
in the 1830s and '40s. Each of the 16 dam/lock sets also had a lock-keeper's house (une maison éclusière)
to provide living quarters for the people who operated the lock and maintained the dam. 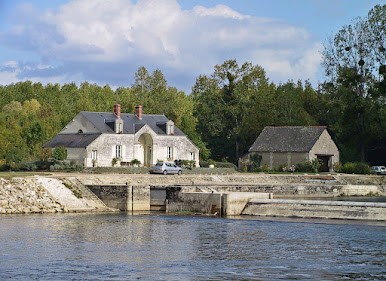 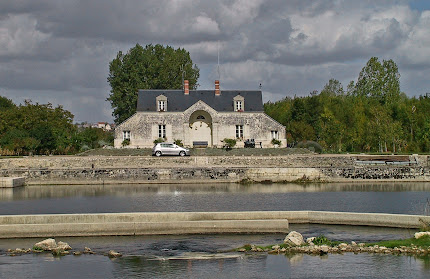 4
Each lock-keeper's house was what we would call a duplex — each provided housing for two families,
since it took two people to do the work. The houses had bread ovens and itinerant bakers would
come by a couple of times a week to make bread for the families. In 1846 as many as 4700 boats
passed through the locks. By the 1920s, cars, trucks,and railroads put an end to river traffic. 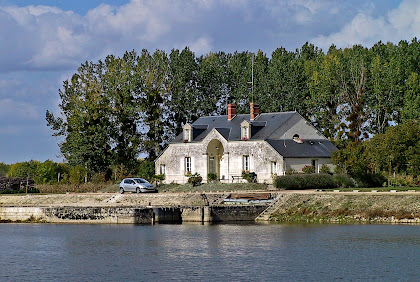 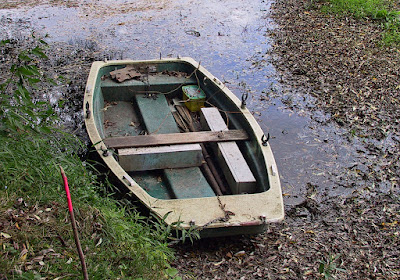 6
Some of the lock-keeper's houses are rented out as gîtes ruraux nowadays. The three such gîtes in the Saint-Aignan
area can each accommodate 12 to 15 guests. Les Amis du Cher Canalisé is an association that advocates for
preservation and renovation of the river's dams and locks as well as for modifications to ensure
that migratory fish and eels, as well as canoes and kayaks, are able
to move freely up and down the river.