As I've said many times before, I lived in Rouen for a school year (9 months) back in the early 1970s — Rouen is a very compact old city surrounded by sprawling suburbs. The city proper has a population of just over 100,000, but the Rouen metropolitan area is home to 500,000 people. It's only about 70 miles (110 km) from Paris so it's a short train ride.
1 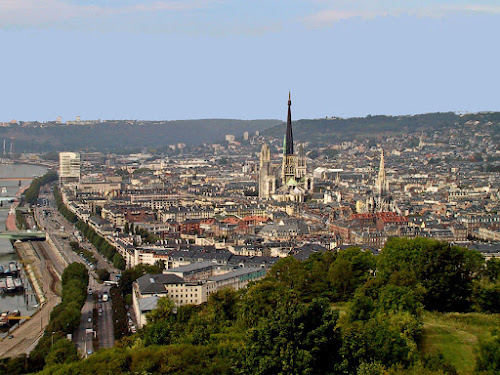 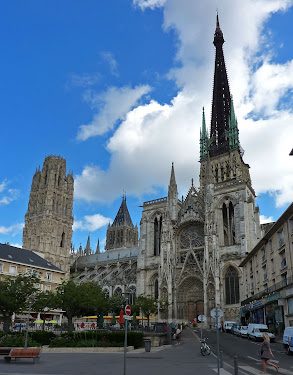 2
When I was working as an assistant d'anglais there in 1972-73, I lived in a little apartment near the train station.
It was also only a 10-minute walk to the cathedral. 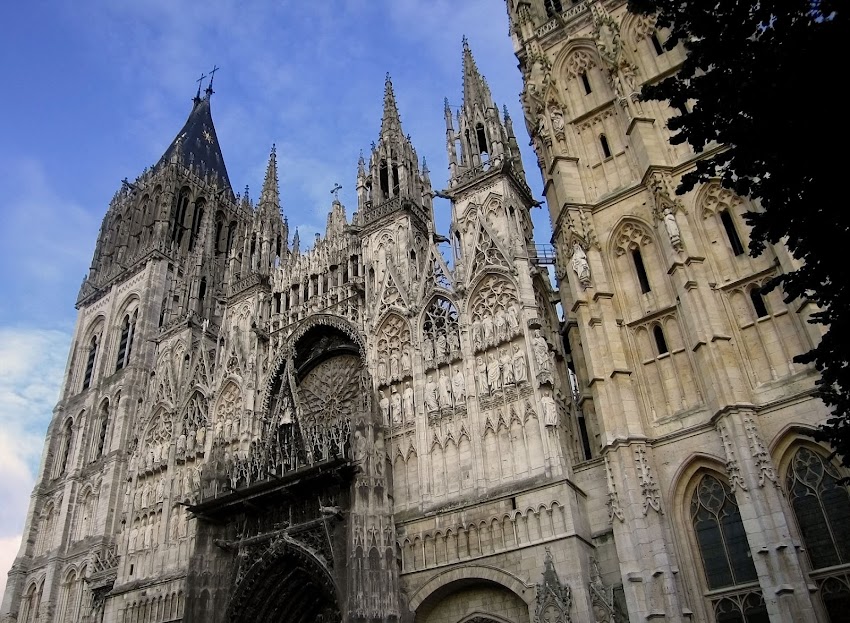 3
I became friends with a family there and I have visited Rouen countless times over the years and I've spent many days
there wandering the streets of the old city. I can't believe it's been 10 years since I was last in Rouen, but it's a fact.
4 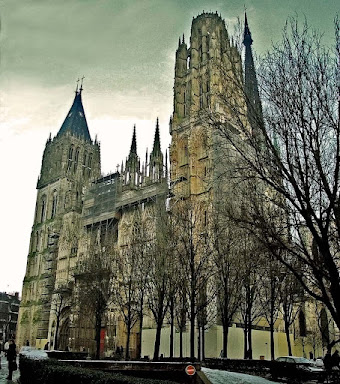 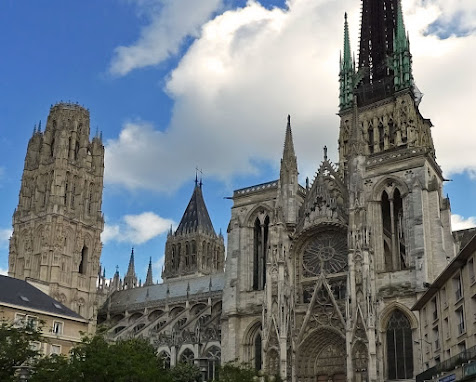 5
I took these photos of the cathedral in Rouen between 2003 and 2010 with four different digital cameras.
Posted by Ken Broadhurst at 07:15