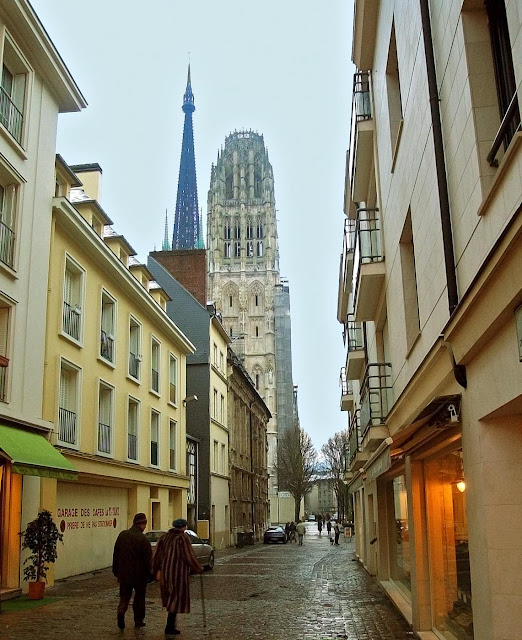 “The cathedral of Rouen is one of the most beautiful examples of French Gothic archtecture. Construction began in the 12C but after a devastating fire in 1200 the building was reconstructed in the 13C. The cathedral took on its final appearence in the 15C... and in the 16C... In the 19C it was crowned with the present cast iron spire.”

The spire sits on top of the cathedral's "lantern" tower, which rises above the transept, nearly at the center of the building. The Wikipedia article about the cathedral in Rouen says that in the late 19C it was the tallest building in the world for a few years. The cathedral was badly damaged during the Second World War; after the war, restoration work went on for 40 years. 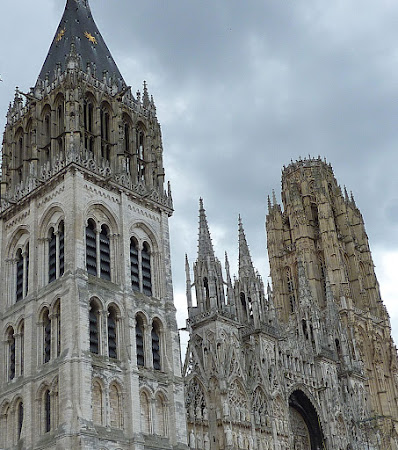 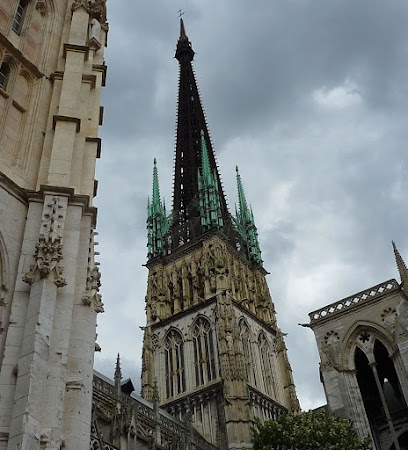 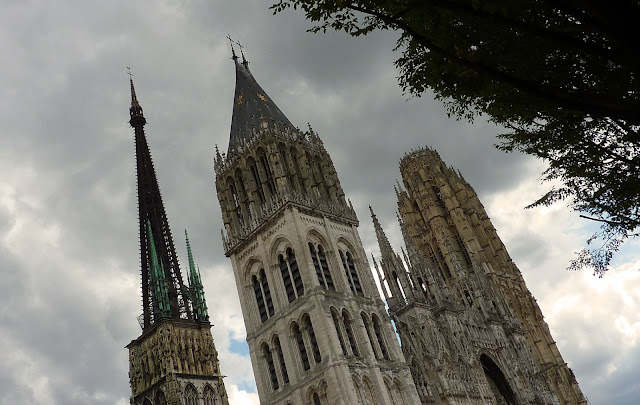 Michelin: “The attraction of Rouen Cathedral lies in its infinite variety including an immense façade bristling with openwork pinnacles and framed by two totally different towers...

The tower on the right is called the "butter tower" (La Tour de Beurre) because it was rumored to have been paid for with money that people who wanted to be allowed to eat butter and drink milk during Lent paid the church for that privilege. 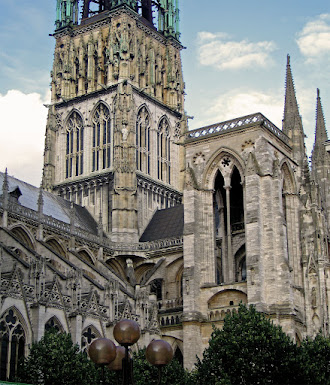 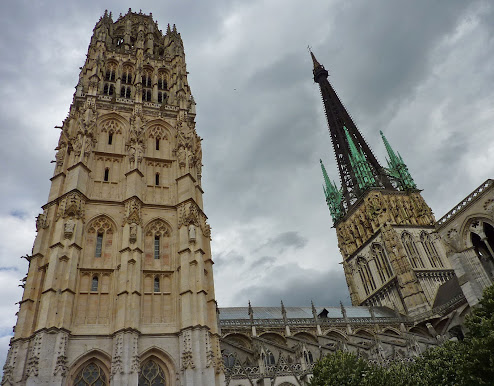 6
Have a look at this beautiful photo of the Rouen cathedral's west front
and the two towers that I found on Wikipédia.
Posted by Ken Broadhurst at 06:00