These first four photos are some that CHM took during our second stop the day in August 1998 after spending time at the Château de Pirou. We had driven about 30 minutes north and in the afternoon went to Canville-la-Roque to see the church there, with its wall paintings. I think we had lunch between the two stops, probably in the little town called La Haye. I can't figure out what restaurant we went to there, if that's where we ate. Maybe we had lunch in Créances, or in Portbail.
1 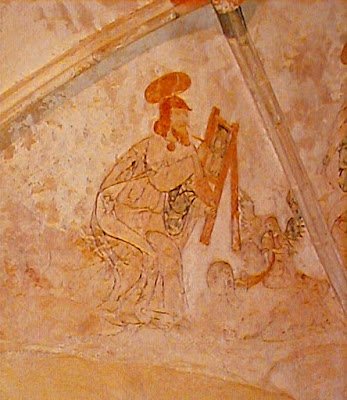 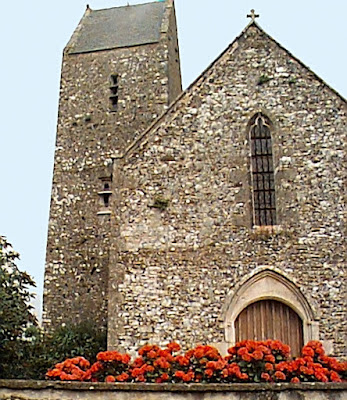 2
The church in Canville is dedicated to Saint-Malo and was built in the late 15th and early 16th centuries.
The wall paintings in the church were plastered over until 1952,
when they were re-discovered. Read about them here. 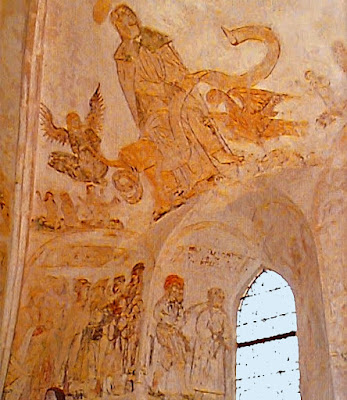 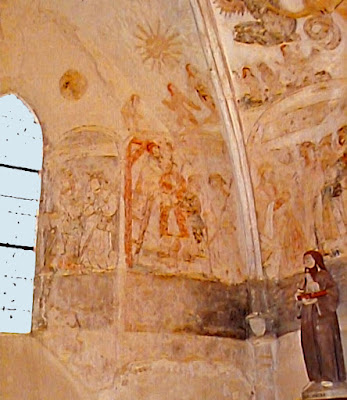 Our third stop was nearby at Crosville-sur-Douve to see the château there. Both Canville and Crosville
are tiny villages that have been losing population since the middle of the 19th century. 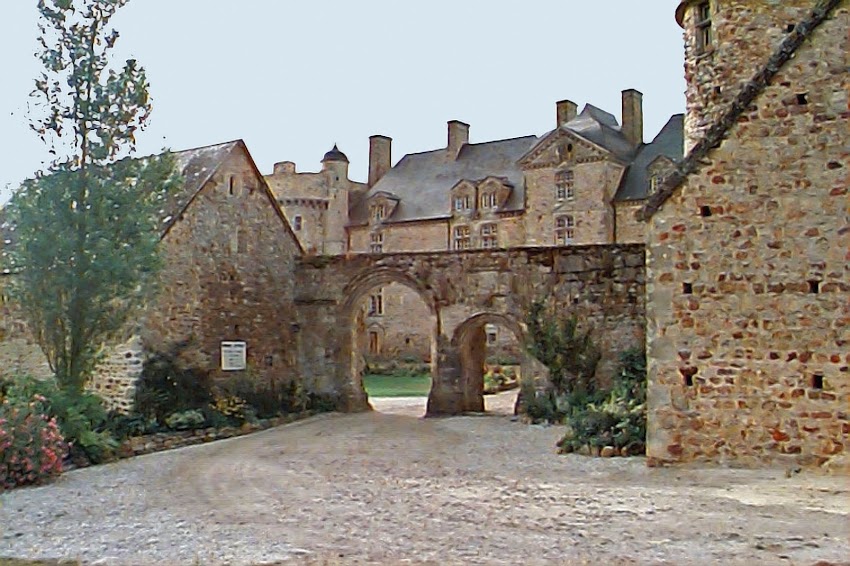 5
The Château de Crosville (#5 and #6) seems to have existed earlier, but the first records of its existence date back
to the late 15th century, when fortifications were built to protect it.
6 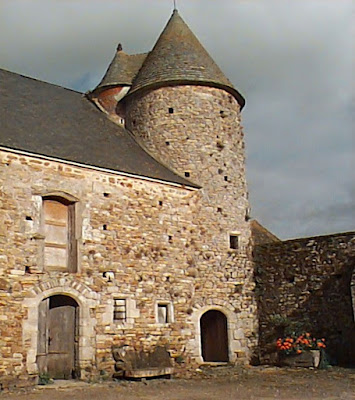 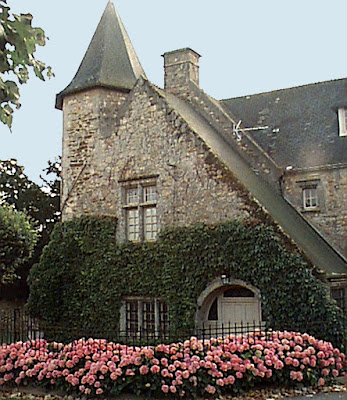 7
The architecture is a mix of Gothic, Renaissance, and Classical styles. You can read about it here.
Picture #7 is probably a house in nearby Bricquebec...
Posted by Ken Broadhurst at 07:23