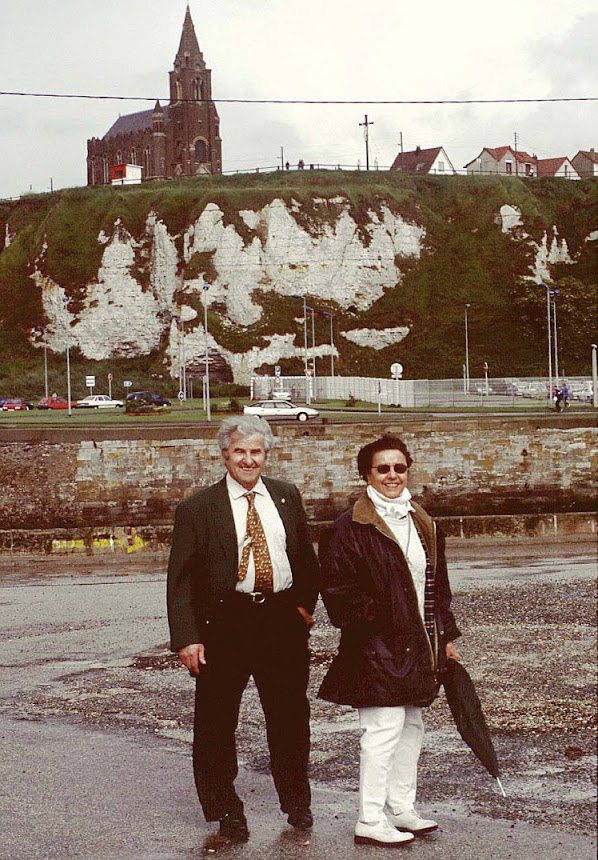 In yesterday's post I mentioned my friends Jeanine and Henri, who lived in Rouen. Here they are in a photo that I took in June 1997. We were spending the afternoon in Dieppe. I lost touch with them more than 15 years ago, for a variety of reasons. I had known Jeanine and her three children since 1972, way back when I was 23 years old and was working as a teaching assistant in a high school in Rouen for a year. I think I met Henri for the first time in 1989, when I spent a few days resting in Rouen after surviving the big Loma Prieta earthquake in northern California. Henri was born in 1925, and I imagine he has passed away. 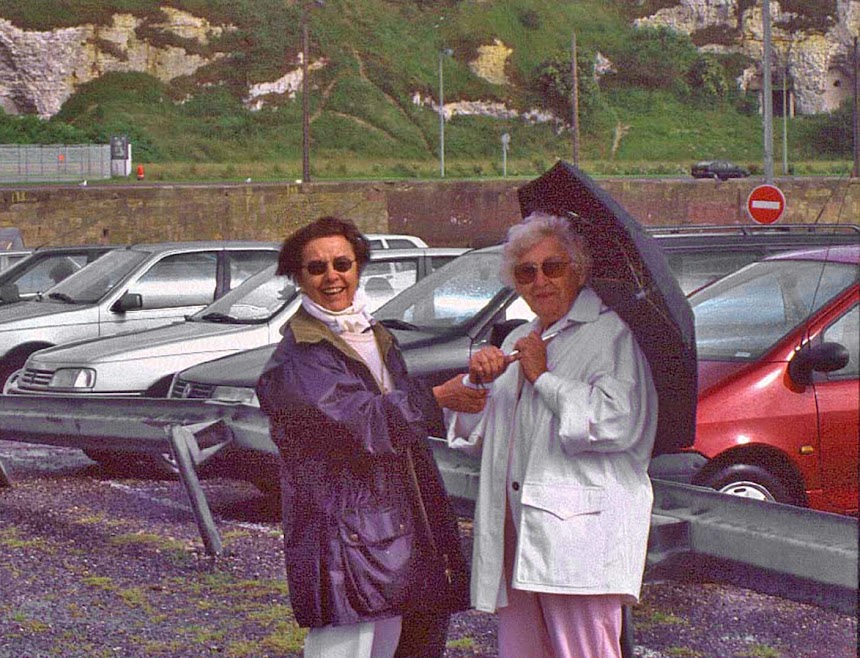 My mother came to France four times in her life. The first was in 1982, when I was getting ready to leave France and return to the U.S., not knowing whether I'd ever come back. I did, obviously, but not until 1988. My mother came back to France again in 1997, when I was on sabbatical from my job at Apple and spent a month in Paris and Rouen. That's when I took this photo of her with Jeanine in Dieppe. Ma also came to visit Walt and me in Saint-Aignan in 2004 and again in 2005. She died in 2018. I think Jeanine was just four years younger than Ma, so maybe she's no longer living. June 1997 — nearly 25 years ago, was also when we all spent an emotional afternoon walking around in the American military cemetery on the D-Day beaches near Bayeux. 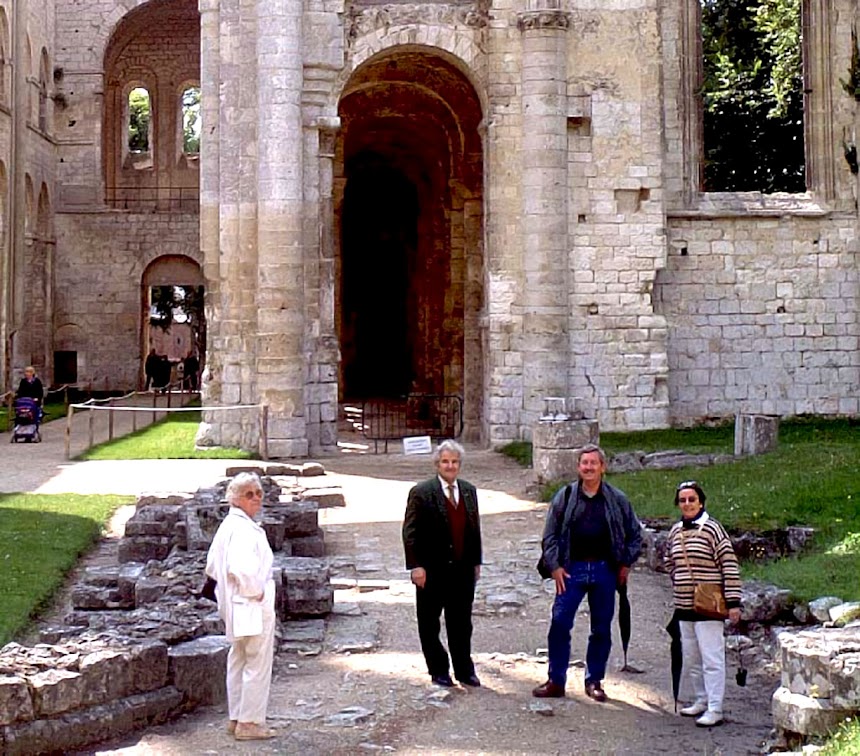 That year, my mother was traveling with her granddaughter — my 15 year old niece — who will turn 40 in 2002. It's hard to believe how fast time as gone by. Another place we visited in 1997 was the site of the ruins of the old abbey church at Jumièges, which is about half-way between Rouen and Le Havre. My niece took the photos above and below with an old film camera, and I'm glad to have them. I went back to Jumièges with Jeanine, Henri, and CHM in August 1998. Normandy has played a big part in my life ever since I spent that school year working in Rouen in 1972-73. Except for the dreary, rainy Normandy weather, Walt and I might have considered going to live there when we decided to leave California in 2003. We decided to look for a house in the Loire Valley instead, and we found one after a short four-day search. 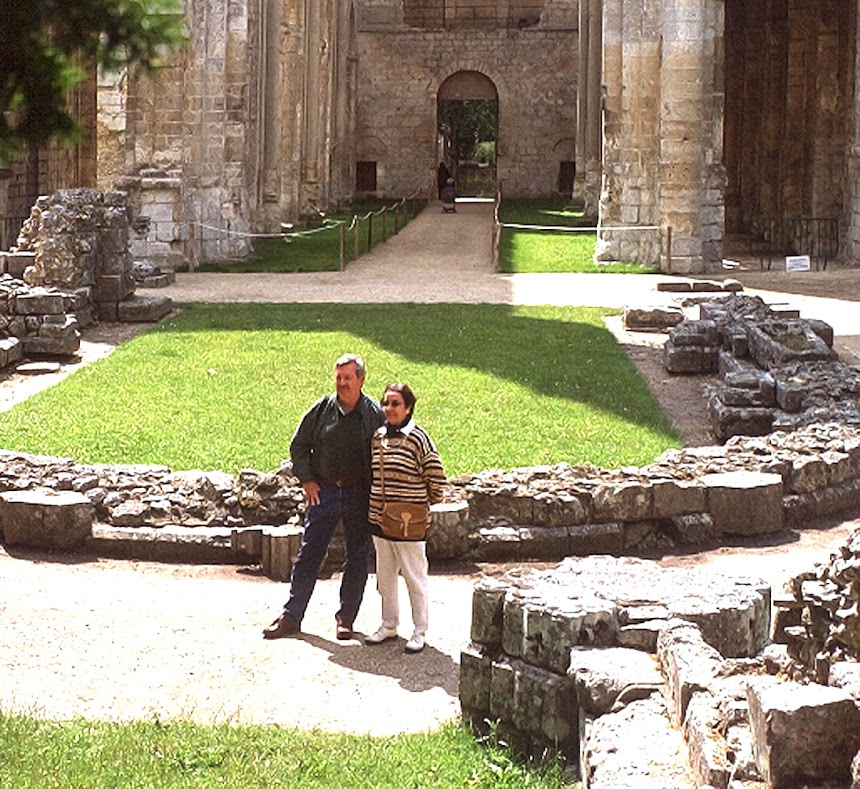 The two people who have been instrumental in my nearly life-long struggle with the French language are Jeanine and CHM. Jeanine befriended me in 1972. Her son was one of my students at the high school where I was working in Rouen. She and her children had moved to Rouen only a year or two earlier (she was born and grew up in Champagne) and she didn't have a lot of friends in Rouen, which was widely known back then as a very cold, bourgeois city — in other words, not very welcoming to newcomers. Her husband had recently left her for another woman. One of the most generous things Jeanine did for me before I really got to know her was come to my tiny apartment near the train station in Rouen in late November 1972 to bring me a turkey because she had heard that Americans celebrated a  holiday called Thanksgiving and always cooked a turkey on that day. The turkey was scrawny, just barely plucked, and still had its head and feet attached. But it was a turkey, and I cooked it. I don't remember if it was good or not. 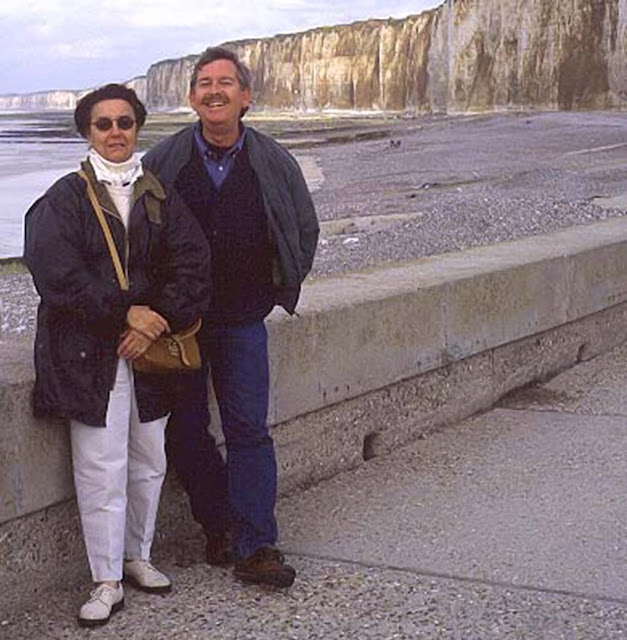 Another thing Jeanine did for me was teach me a little about French cooking — how to make mayonnaise and vinaigrette, for example, and how to serve and enjoy Normandy cheeses. I wasn't earning enough money to be able to afford meals in restaurants. Jeanine was glad to let me sit in her kitchen while she cooked dinner, answer my questions, and let me help as much as I could. She invited me for dinner at least once a week, including my American friends when they were visiting. Jeanine was easy to talk to and needed friends. My French improved tremendously. By spring we were saying tu and toi to each other rather than vous. It was a good time in my life.

Here we are, Jeanine and me, in a 1997 photo taken by Henri, with the cliffs along the French side of the Channel coast in the background.
Posted by Ken Broadhurst at 07:15