Mareuil in a nutshell 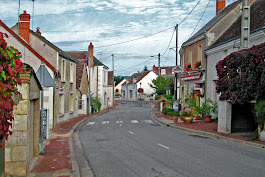 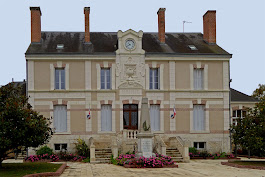 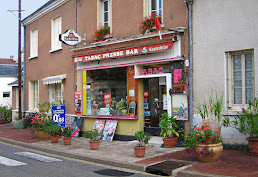 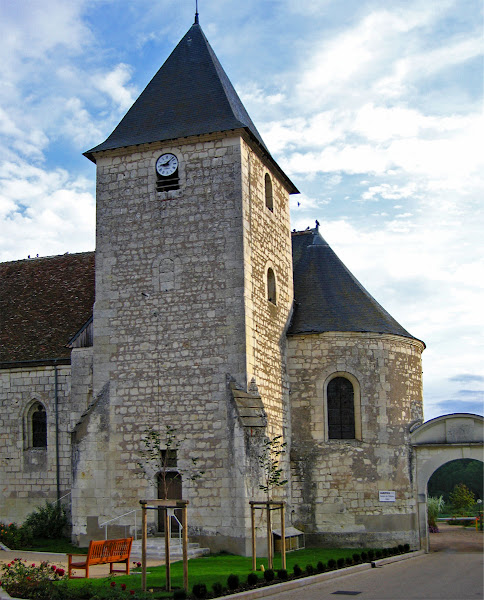 
The first three photos here show (1) what you see when you enter the village of Mareuil-sur-Cher coming from Saint-Aignan on the river road;
(2) the mairie or village hall;
and (3) the village café/tabac/presse shop.

Mareuil-sur-Cher is a very old village. The name derives from a Celtic word that meant "clearing" as in a clearing in the woods. Under France's ancien régime Mareuil was part of the Touraine province. In the years following the 1789 Revolution, département boundaries were redrawn and villages and towns including Mareuil, Pouillé, Angé, and Montrichard were put into the Loir-et-Cher département rather than in the Indre-et-Loire département, which is
centered on the city of Tours.

The photo on the right is the village church, which is dedicated to saint Martin de Tours. The Wikipédia article about Mareuil says the church was built in the 11th and 12th centuries, which makes it close to a thousand years old. 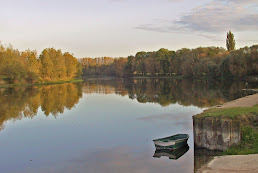 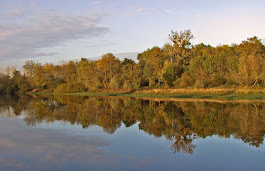 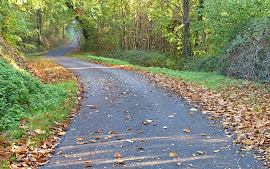 Above are two photos of the Cher river at Mareuil. The village center (le bourg) is located on the banks of the river.
The territory of the commune (the township) covers 32 km² (12 sq. mi.) and most of it is on the highlands
south of the river valley. The last photo is a view looking down the road that leads up to our hamlet,
which is located three kilometers (two miles) from the center of Mareuil and
the same distance from the the center of Saint-Aignan.
Posted by Ken Broadhurst at 06:15