Would you have bought it?

In 2002, we really didn't know what to expect when we decided we wanted see if we could buy a house in France. I had quit my job, and Walt was still working. I was at home with nothing much to do, just recovering from the stress of office politics, long workdays, and a daily 4 or 5 hour commute. At home I had my computer and a good internet connection, so I started looking at French real estate sites. I contacted two French realtors by e-mail, and one of them answered me. He said he'd be glad to help us find a house in the Loire Valley. So I told Walt we needed to go to France and see if the affordable, attractive houses I was finding on the internet were in reality as attractive as they looked. 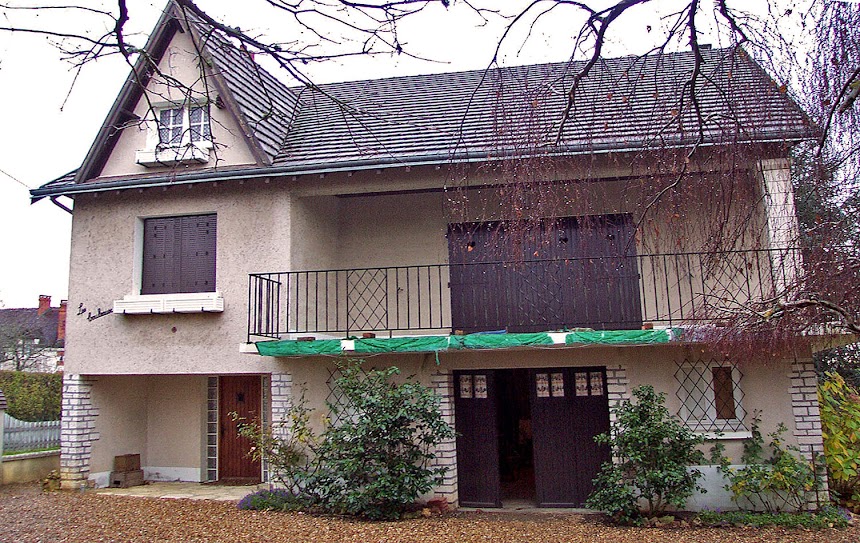 We saw about 15 houses in four days. They were in Amboise, Montrichard, and, because the realtor recommended it as a place where we would get more house for our money, Saint-Aignan. One of the Saint-Aignan area houses was modern and sat on a huge, empty lot (2 or 3 acres, if I remember correctly), but it was very close to a rail line with frequent, noisy freight and passenger trains rolling by day and night. Two other houses were located on steep hillsides, with back yards much higher than the roof of the house. We had been there and done that, because our house in San Francisco was on such a hillside. Then, on just the second day of our search, we saw the house above. Would you have considered buying it? 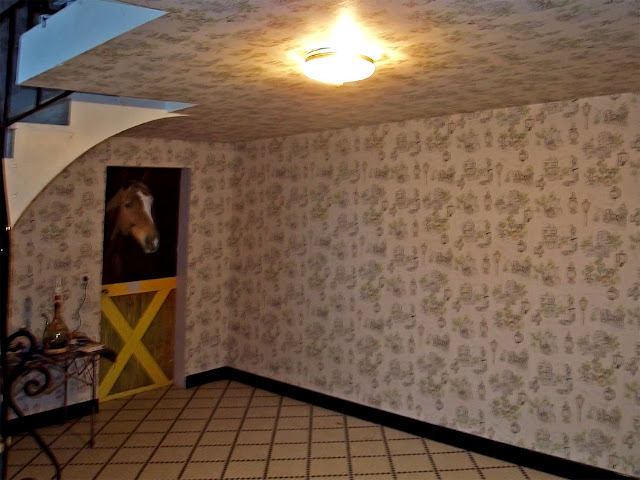 The terrace above the garage was obviously a big mess. Rainwater collected on it and leaked down into the garage. The owners had covered the terrace with tarps in an effort to minimize the leaking. The fact that the house sat on half an acre of land that was basically flat and was surrounded by a tall hedge was attractive. It was also on a dead end road, or at least a road where the paved road turned into a dirt road, so there wouldn't be a lot of car and truck traffic passing by. We liked the fact that the main living area was not at ground level. And that the house had very big windows. 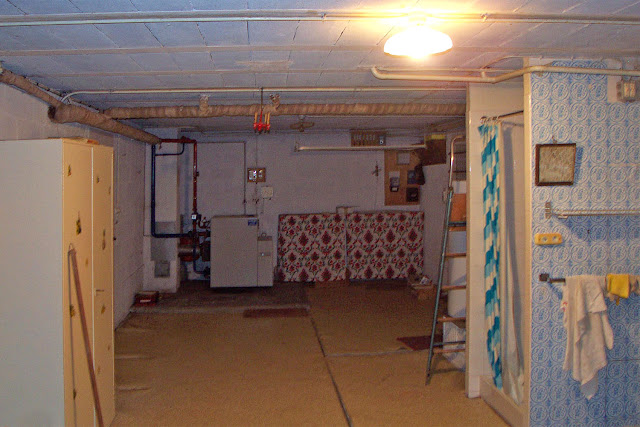 Above is what we saw when we walked into the downstairs entry hall. And that wallpaper!

Through the door with Mr. Ed (the talking horse of TV fame) on it was a large utility room, with the boiler, a water heater, a laundry sink, room for a washing machine and dryer, and, for some reason, a shower stall. It was unfinished space but the woman who was selling the house had tried to dress it up by hanging a lot of fairly tacky curtains all around. The poured concrete floor was covered with big sheets of cardboard. 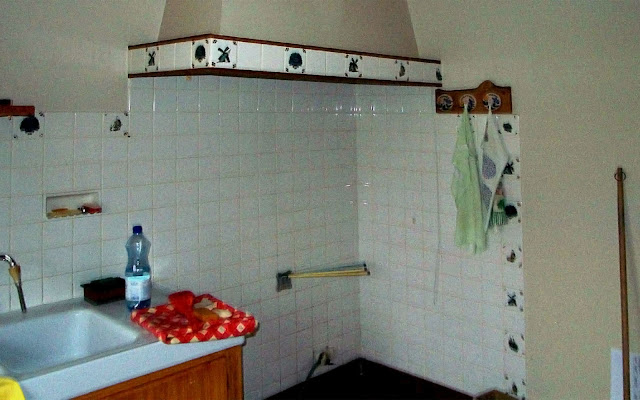 Upstairs from the entryway was the kitchen, the living room, two bedrooms, a WC (a loo, or half-bath), and a big bathroom with a sink, a tub, and a bidet (but no shower). The kitchen had white tiles on the wall around the sink and under the hood where a stove would go. The white tile had a border of ugly blue tiles with "decorative" scenes of windmills and farm animals and such. What would we do about that? 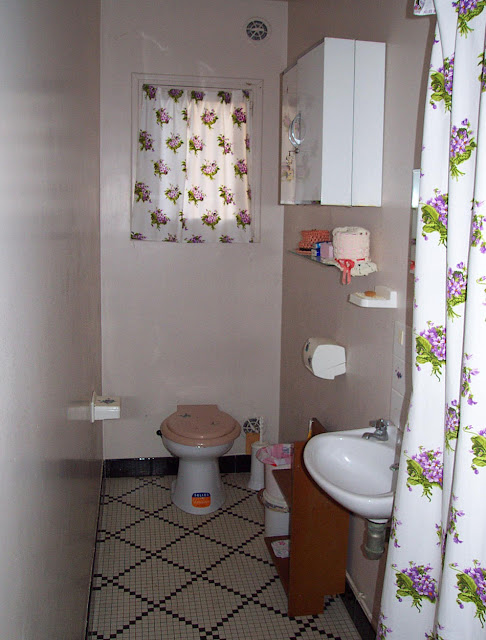 The kitchen was small but was about as big as our San Francisco kitchen, which we had had re-done in 1999. So we knew we could work with it.


The half-bath, though, was a long narrow room that looked like a hallway leading to a toilet. And it wasn't an actual flush toilet, but the kind of fixture you might find in a campground in California. No tank. Just a little spigot that you turned on to squirt a thin stream of water around the rim of toilet bowl, which had a flap that opened to let whatever was in the bowl out. The little hand sink was in good condition, but had separate hot and cold water taps — you could freeze one hand while you scalded the other. That didn't seem very practical. That room was going to need some work that we'd have to figure out, and those curtains definitely had to go.


Above the main level of the house was a huge attic. It was accessible only by a drop-down folding ladder, and it was completely unfinished. There was not even any insulation under the roof tiles, so the cold winter wind blew right through. 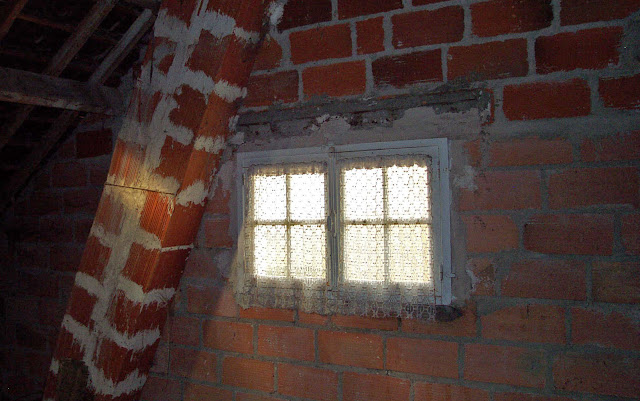 The realtor, who had recommended this house although it didn't meet our basic requirements — we wanted three or even four bedrooms but there were only two — told us how we would be able to have the attic space finished to our own specifications. Since we didn't even have a plan to leave California at that point, doing so much work seemed at best a distant project. We thought we would probably continue  living and working in San Francisco for years and just come spend summer vacations here. We'd start fixing the place up slowly, to prepare it for our future retirement.
Posted by Ken Broadhurst at 07:50