Yesterday was a beautiful day — the morning was especially so. I went out for the walk in the vineyard with Tasha, and the light was crystal clear, there was no wind, and not a person was stirring except me. Tasha was frisky and smiling. Yes, dogs smile. 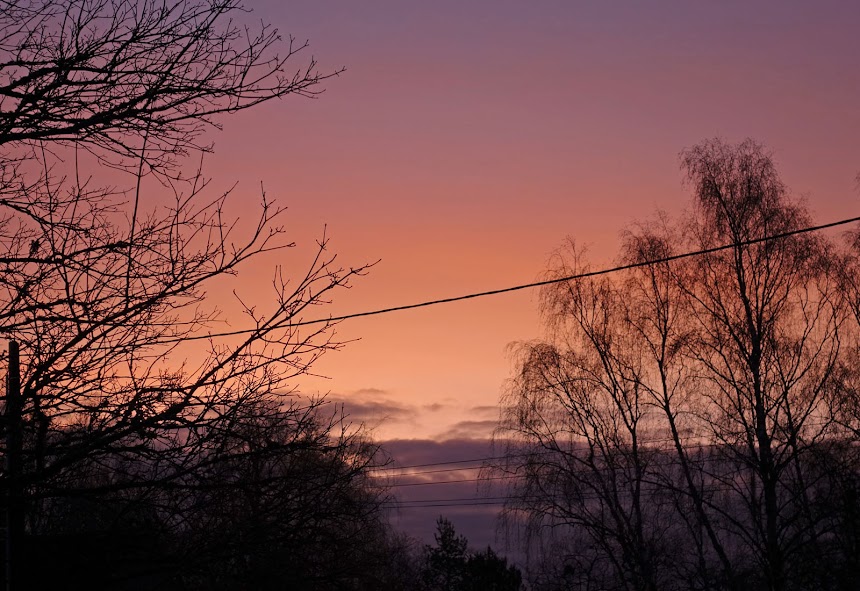 Unfortunately, I didn't take the camera with me on the walk. Before I left the house, though, I had taken the photo above (looking out the kitchen window) and the one below (looking out the downstairs bedroom window). The sun was just getting ready to rise in the east, and the moon was setting in a hazy sky toward the west. The moon was visible through the bare branches of the linden tree in our back yard. 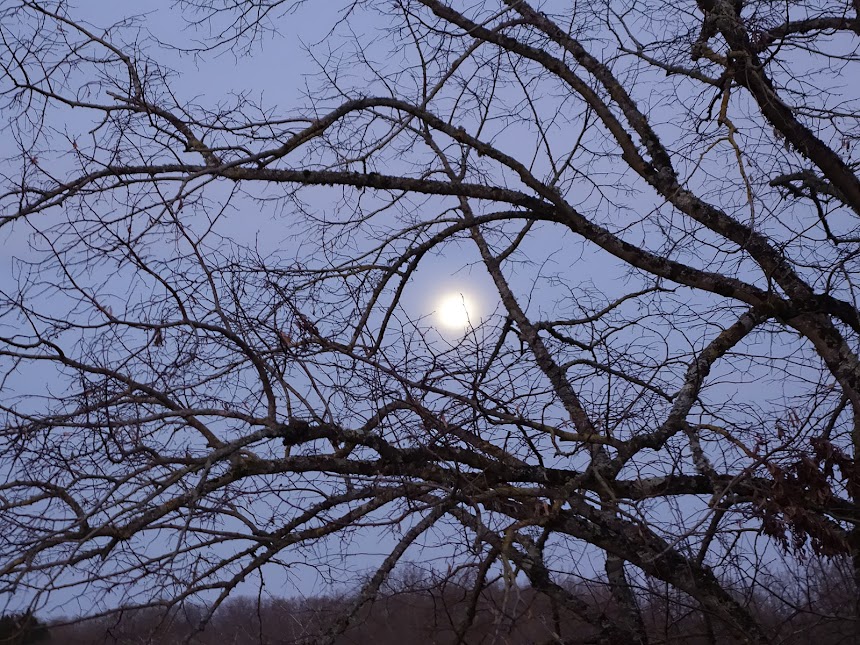 Later in the day, I noticed a pretty sky at sunset (below). Walt was out doing his walk with Tasha at that hour. 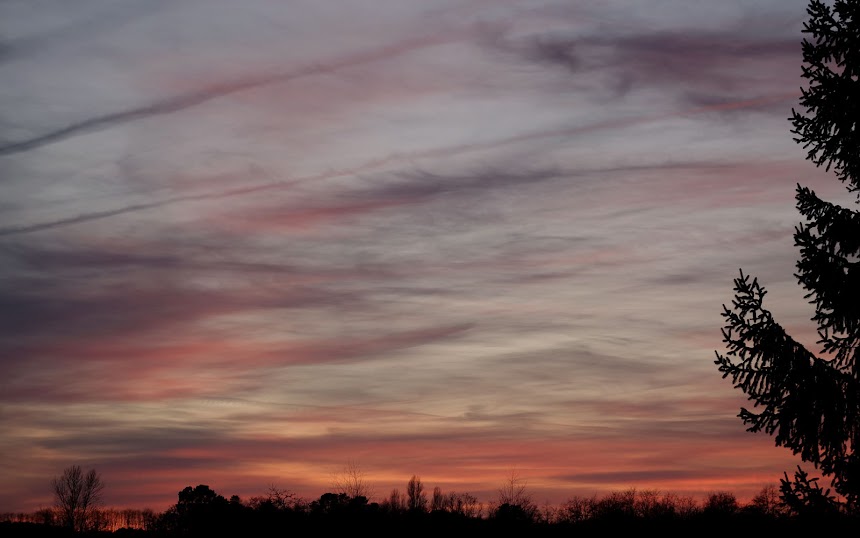 
When I restarted the machine, it took a little longer than usual to boot up, as it was figuring out how to work with the new display adapter. But it started just fine. Then I had to download and install new drivers for the ATI card. That also went smoothly. At that point I vacuumed out some dust that had collected inside the computer case over the past couple of years. I reconnected everything. I was nervous about whether or not all the components would work together again, but I needn't have been. So it's all good news.
Posted by Ken Broadhurst at 06:30