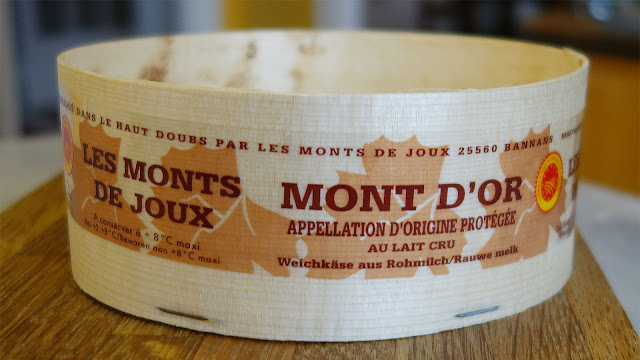 I had never bought or even eaten the cheese called Le Mont d'Or (le mont d'Or in French) until a week or two ago. The time was ripe (and so was the cheese). Mont d'Or cheeses, which resemble fat, wide Camembert cheeses, come in a wooden box that is 14 cm in diameter and 6 cm deep —  that's 5½ x 2¼ inches. The natural rind of the Mont d'Or is white, and the soft cheese inside is even whiter. And mild-tasting. 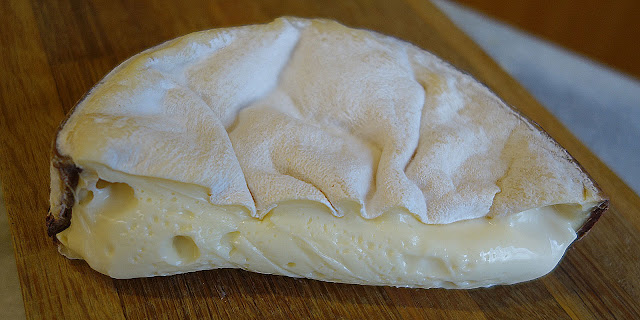 French Mont d'Or cheeses are made in the eastern Jura region from unpasteurized cow's milk. The similar Swiss cheese called Vacherin du Mont-d'Or is made from cow's milk that has been thermisé by a process similar to pasteurization, but at lower temperatures. On the French-Swiss border, about 40 miles north of Geneva and 75 miles southeast of Dijon, stands the actual Mont d'Or, 1463 meters tall (4,800 feet). 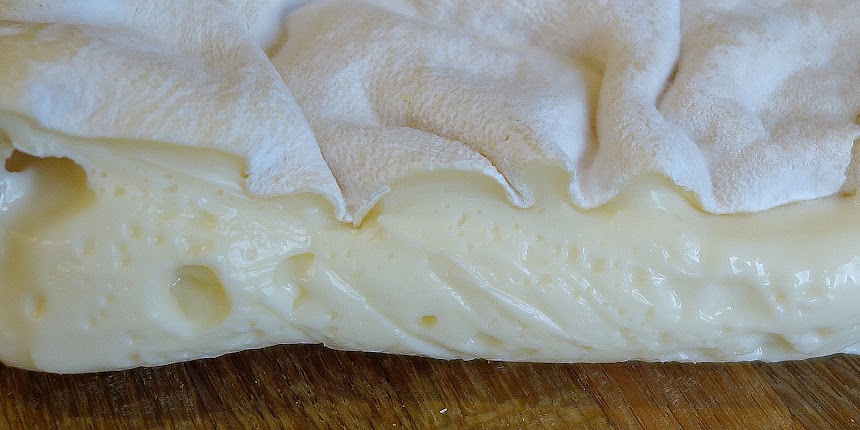 The Mont d'Or cheese is ripened on planks made from spruce wood. That is supposed to give it a special flavor. The French cheeses are ripened for only 12 days, and they are very runny when you buy them. They are packed in round boxes (larger than but resembling Camembert boxes, as I said) also made of spruce wood. One way to eat Mont d'Or cheese is to leave it in its wooden box puncture the top crust, drizzle on some white wine, and bake it in the oven. Then it's really runny. 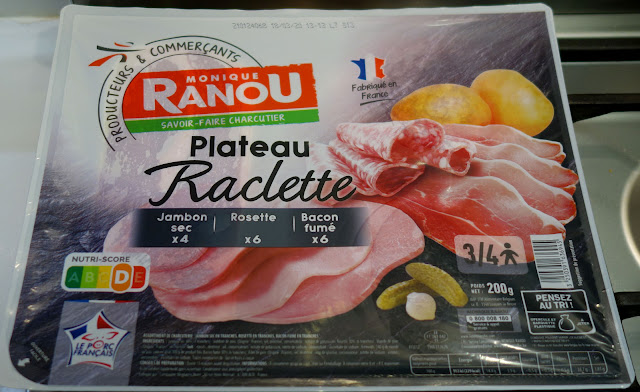 The cheese I bought, which was on special offer at nine euros (ten dollars), was too much for Walt and I to eat in one sitting, so I cut it in half (as you can see in my photos) and we baked one half and kept the other in the refrigerator for a few days. Yesterday we ate the rest of it, melting it in the trays of our raclette appliance. I've blogged about that device before. 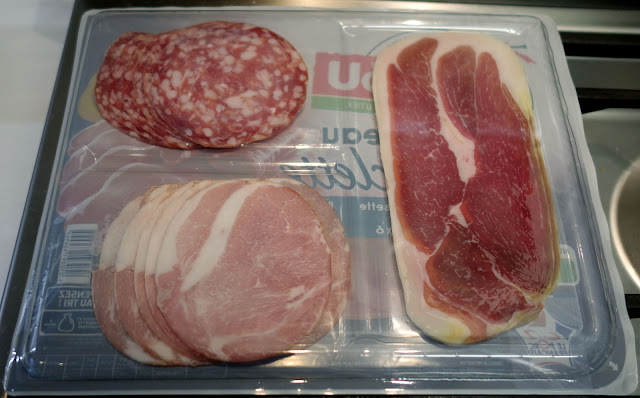 Melted Mont d'Or cheese, whether you bake it dans sa boîte or cook it in raclette trays under a heating element, is something you eat with cured meats like ham, salami, or smoked sausages, and also grilled mushrooms, steamed potatoes, and green vegetables (we had Brussels sprouts). Don't forget the French bread and some red wine. Pickles (cornichons) as an accompaniment are good too. 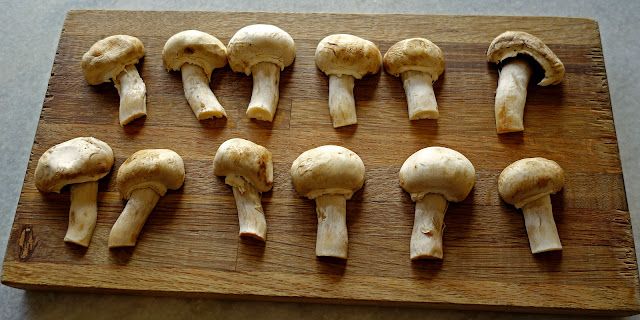 I thought the mushrooms, which we grilled lightly on the hot top cooking surface of the raclette appliance, were especially good with the melted cheese — sweet and juicy. Actually, all of it was good, and it made for a nice wintertime lunch.