Starting a new week and a new year

I am obviously better now because my morning tea tastes good — not like some bitter brew that you would only take as medicine. And yesterday for lunch I had a big plate of pasta with just a small amount of tomato sauce on it. It was delicious and fortifying. Then I went out for a walk with Tasha in the afternoon — not a long walk, but still a walk. I hadn't been out of the house since last Wednesday, the day before "the onset." Later, I slept through the night with no emergency trips to the WC. 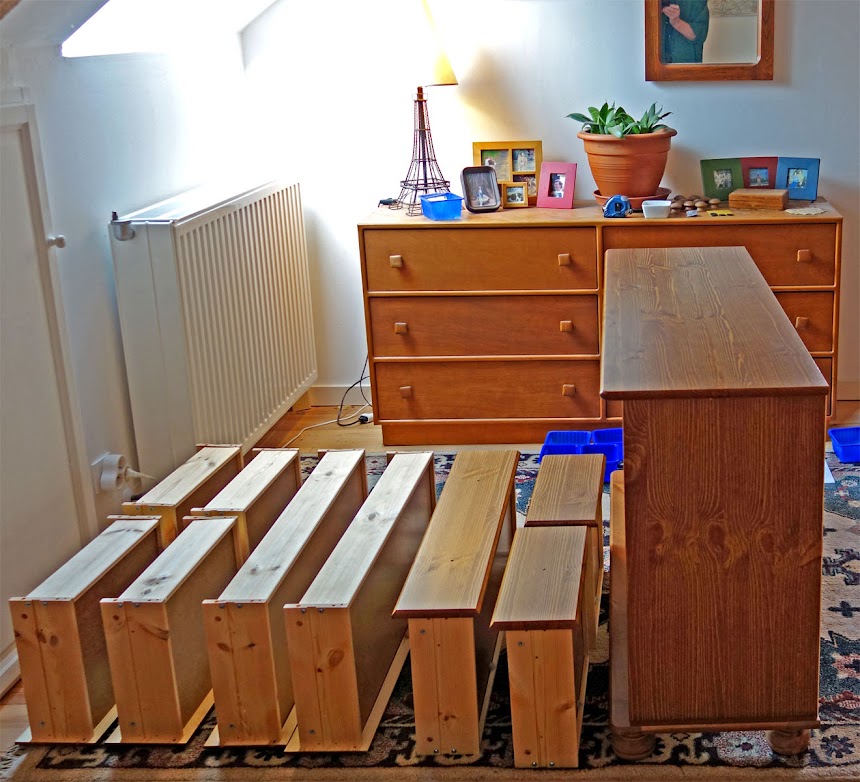 The new dresser has 6 small and 3 larger drawers. The chest of drawers against the wall behind
it is one that we've had since 1983, back when we lived and worked in Washington DC.


Walt mentioned yesterday that the screws we ordered for the new commode — to replace the ones that were too short — were delivered on Saturday afternoon. He immediately tried them and they worked perfectly. We had been afraid we might have to send the whole thing back to the furniture company we got it from, and that would have been a big hassle. So he spent much of Sunday morning continuing the job of putting the chest of drawers together, and he plans to finish it this morning. While he put the pieces together and attached the hardware, I cleaned off the table that occupies the space where the new dresser will go, and then I cleared a different space for the table that needs to be moved. I was exhausted, but it felt good to actually be accomplishing something. I even did some vacuuming. 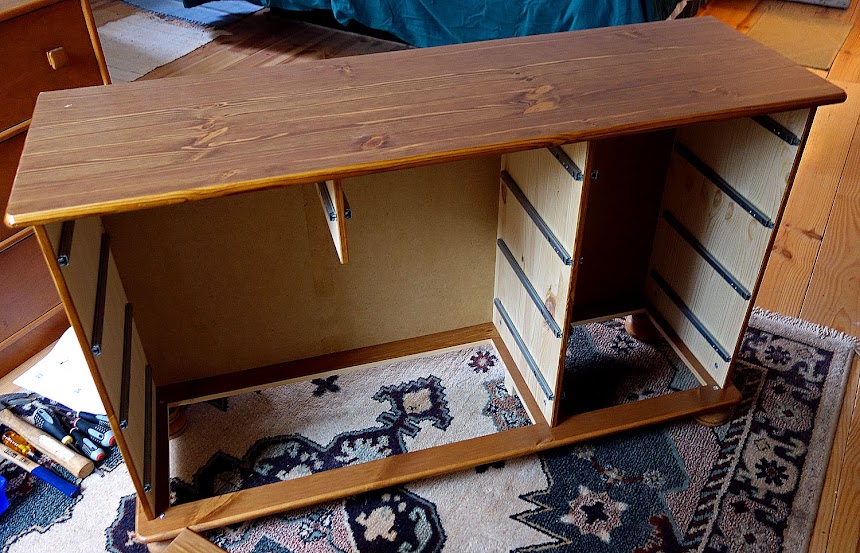 It has taken more than 100 screws and quite a few nails to put the dresser together
and attach all of the rails that the drawers will slide on.


A week ago I talked to our friend Sue in California — she's coming to visit for a week next September and we were working out details. She laughed when I told her that in sorting through clothes I hadn't worn in years, trying to get rid of them, had realized I needed to buy a new piece of furniture to keep them in so that I could get to them more easily and would be encouraged to wear them again. She pointed out that the goal was to trim down and donate extra things to Emmaüs (our Good Will equivalent), not to acquire more possessions. I know she's right, but now it's a done deal.
Posted by Ken Broadhurst at 06:45