Built-ins in the "den" 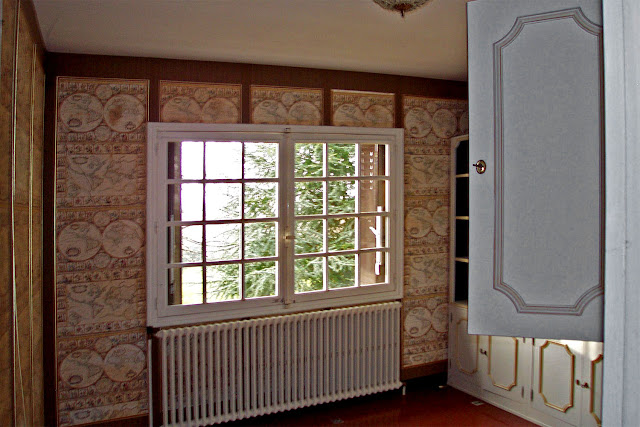 The other room in the house that could serve as a bedroom, but was more likely designed to be an office or study, features a big set of built-in cabinets and shelves. We use it as a kind of library, and Walt has his desk and computer in there. The room opens onto the living room, so is not really close to the toilet or bathroom.

We used this room as a guest bedroom from 2003 until 2010. Some of you reading this post may well have slept in there. At first we had a double bed jammed into the room, and later we bought a single bed for it. 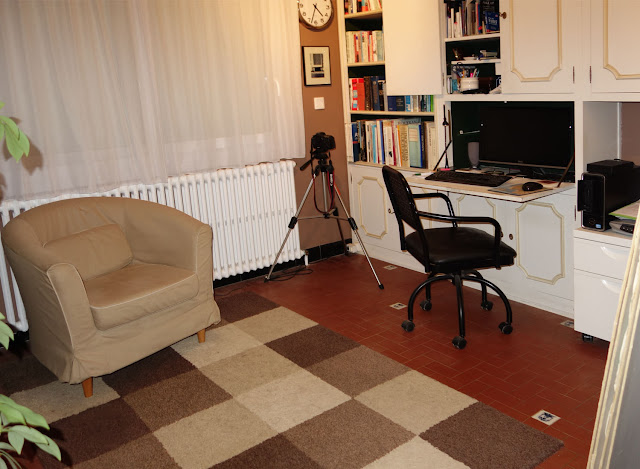 Now there's no bed in there at all but there is a cabinet where we keep some dishes and other cooking utensiles. Kitchen stuff seems to be stored in nearly every room in the house. I guess that means the kitchen is too small, or badly set up where storage space is concerned. 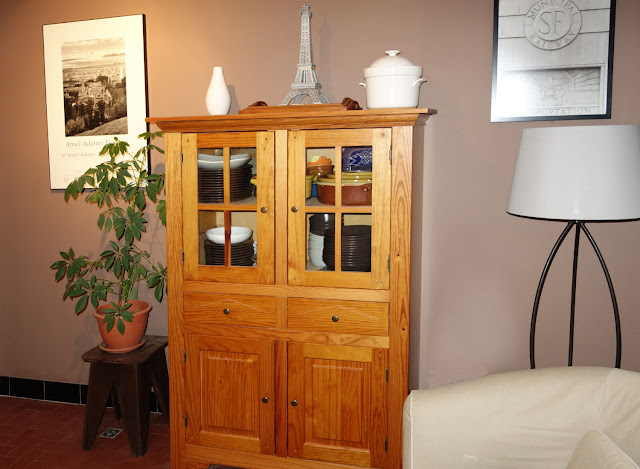 We haven't done anything to the built-ins that are in this room — no paint or anything. But we did finally take down another whole mess of wall paper in there. You can see it in these photos. In 2004 painted the walls a lighter color, but a few years ago Walt had the room re-done in brown. We already had the rug you see in the photos, and it works in there, along with the beige armchair. Since the room is used as a study or computer room, we also took the door down. 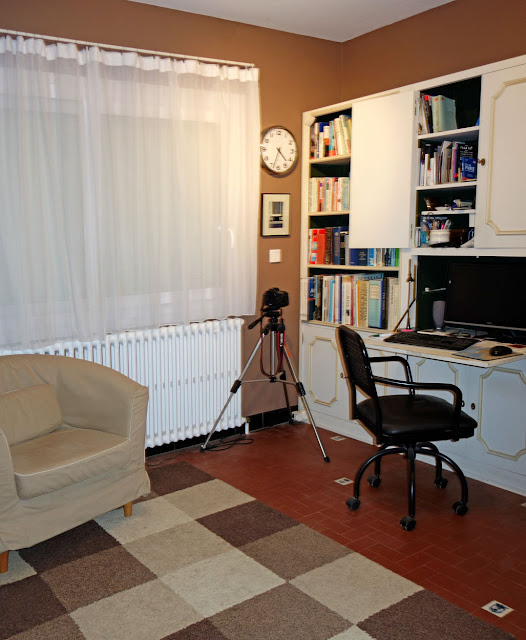 Our main redecorating work in the house began with this room in 2004. In 2005, we continued by taking down the wall paper in the downstairs entry hall and painting the walls and ceiling white. We also added a shower stall in the bathroom. And we sanded and painted the living room walls and ceiling — that was the biggest job and took us 6 weeks to complete. In 2008 we repainted the kitchen. And then in 2010 we had the loft space (the attic) converted into living space, and we took the rest of the wallpaper off the walls and ceiling on the landing and down the hallway. Somewhere in there, we also re-painted the WC (half-bath) in blue.
Posted by Ken Broadhurst at 06:30