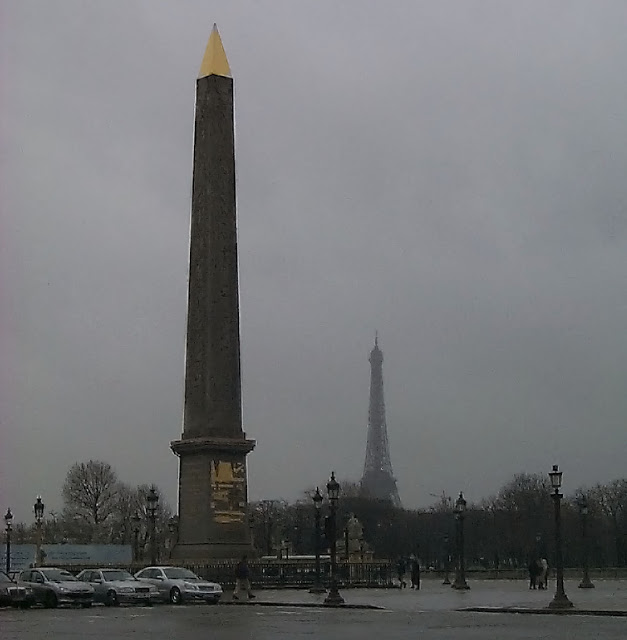 A few days ago I wrote about our lives here in Saint-Aignan 10 years ago. That made me think how, twenty years ago, we were still living and working in San Francisco. Many of our vacations during those years involved flying off to France, often for stays in little apartments in Paris for anywhere from a long weekend to a couple of weeks. We also enjoyed French vacations in Provence, Champagne, the Loire Valley, and the Dordogne over the years. We took a lot of vacations when we lived in California, but we also worked long, hard hours, and commuted for many hours every day on congested freeways. 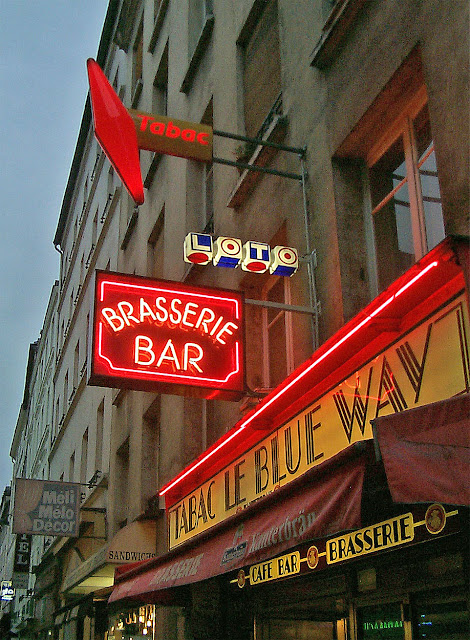 We flew to Paris for long weekends several times. That was extravagant, but often on those occasions one of us was coming to Paris for a work junket, and the other just couldn't resist the temptation to fly over from SF because we always enjoyed spending time together in Paris whenever we could. In the year 2000, however, we both paid for tickets and flew over in late January because there was a concert we didn't want to miss at the Olympia theater in Paris. It was an 11-hour flight each way, and we stayed in Paris for just three or four nights.


I took these photos 20 years ago with a Kodak DC260 digital camera, which was the first one I ever owned. 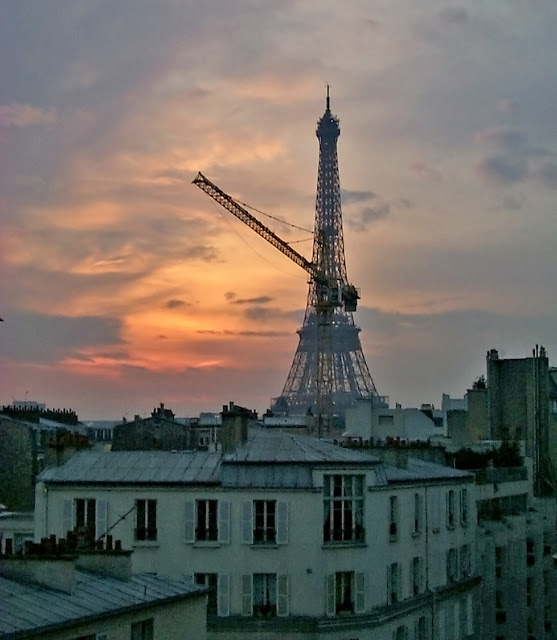 We rented a small apartment in the 7th arrondissement, near the Seine, the Eiffel Tower, and the rue Cler market street. I think it cost us $75 per night because it was being rented at wintertime rates. Actually, we had stayed in that same apartment for a couple of weeks in 1997, but in summertime, and we knew the neighborhood pretty well. So it was a no-brainer to rent the same place again.

This was the view from the apartment, with a construction crane thrown in for no extra charge. 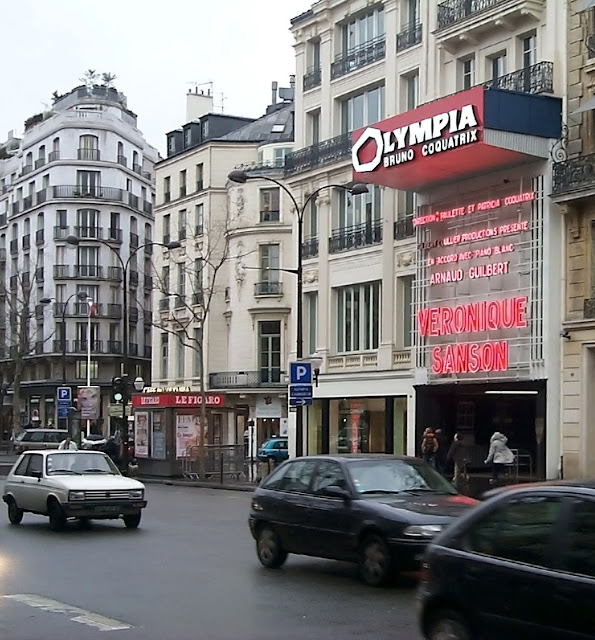 The singer/songwriter whose concert we wanted to attend is a woman named Véronique Sanson. She would have been 50 years old then, just like me, because we were both born in 1949, within a month of each other. I'd been following her career since the mid-1970s. French friends in Paris introduced me to her music back then. As I've said many times before, listening to and learning French songs was a great help both to me and to Walt in improving our French pronunciation and in learning words and expressions as well as the rhythm of the language. You end up learning a lot by understanding what rhymes with what in French. 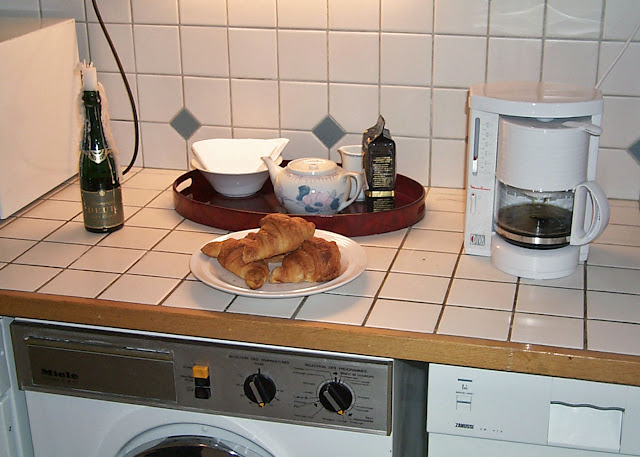 When we got to Paris for such a short stay in January 2000, we didn't make much of an effort to get over jet lag. We just lived nine hours out of sync, because that's the time difference between Paris and SF. Because we had an apartment, we could buy food in the neighborhood and have daytime meals without needing to go to a restaurant. At night we could go out late to a restaurant and have what was dinner in Paris but at an hour that was actually lunchtime in California. 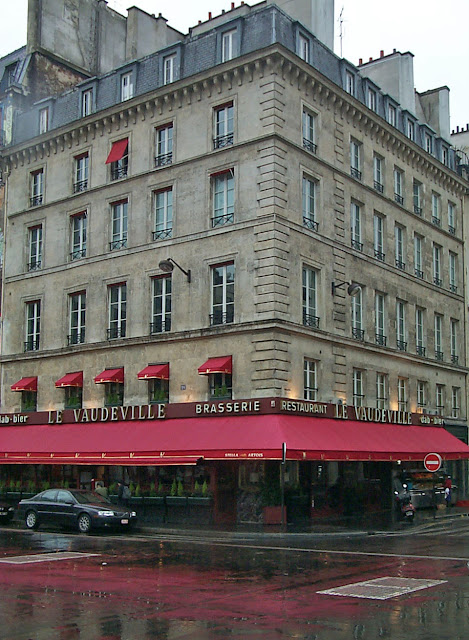 The weather was about like our weather here in Saint-Aignan this January — mild for the dead of winter, and mostly misty. We could walk all around the central neighborhoods of Paris, so we didn't need to be worried about whether the subway or the buses were running. I remember our dinner after the Véronique Sanson concert was at midnight at a restaurant called Le Vaudeville, across the street from La Bourse, which is the Paris stock exchange. We had a non-smoking table — it might have been the only one so designated in the restaurant. We sat in the middle of a sea of tables and a mob of diners who were smoking furiously. The only thing that made our table non-smoking was that there was no ashtray on it. Whoever was managing the restaurant was unclear on the concept. The food was very good, however, and it was a lot of fun.