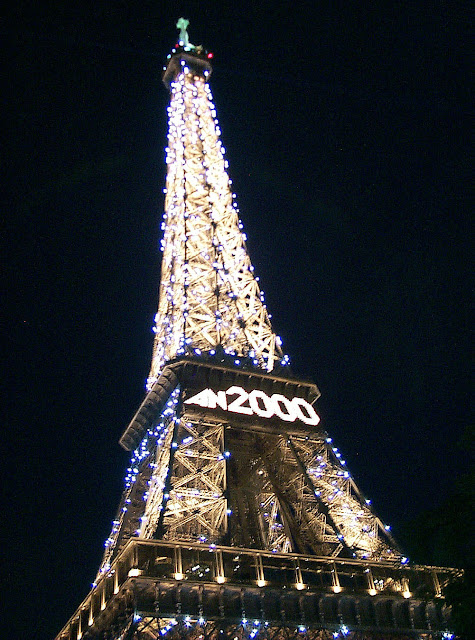 Walt and I traveled from San Francisco to Paris and back three times in the year 2000. We were still living in SF. The first trip, which I wrote about a few days ago, was to attend a concert at the famous Olympia "music hall" near the Opéra and the Madeleine church on the right bank. We stayed in Paris for just three or four nights before flying back to SF.
The second 2000 trip was on July 4th weekend. Walt had flown from SF to Italy for a work trip. He spent maybe a week in Tuscany. He was required to fly on a U.S. airline from SF to Europe, and he found a flight to Paris, where he changed planes and flew on to Florence. He had decided to spend a few days in Paris on the way back, since he was changing planes at CDG airport anyway.

The Eiffel Tower was lit up and labeled for turn-of-the-century festivities. Below, you can see it from the observation deck on top of the more modern Tour Montparnasse building. 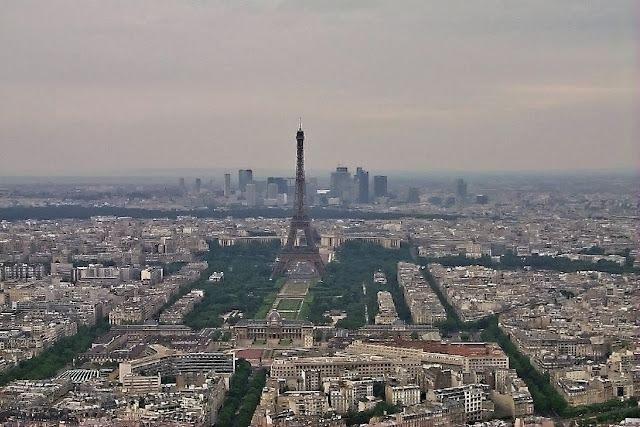 That was enough to motivate me to buy myself and round-trip ticket from SF to Paris and spend the weekend there with him. We stayed in a hotel not far from the rue Cler market street and the Eiffel Tower. It was also not too far from CHM's apartment. By coincidence, he too was in Paris at that same time. He was there with his partner Frank, and his old friend Jeanine happened to be in town too. She was a French woman CHM had known for many decades, and with whom I had worked at the U.S. Information Agency for a few years (1983-86). 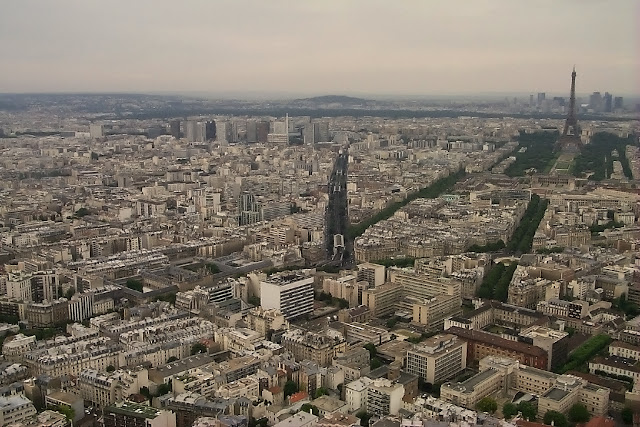 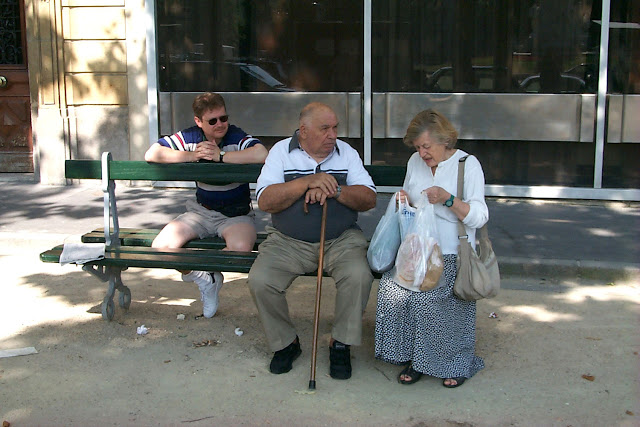 Another thing we did together was a visit to the big outdoor market that is set up in CHM's neighborhood on Saturday mornings. We weren't buying but sight-seeing and taking photos (see below). The weather was hot and muggy. As CHM mentioned in a comment the other day, I believe we all went for lunch together afterwards at the nearby Bistro de Breteuil.


Walt, Frank, and Jeanine resting after our July 2000 market visit. 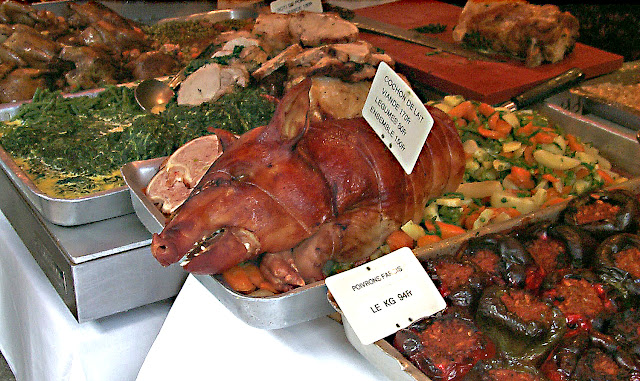 Walt and I flew back to the U.S. separately, because he had a ticket on a United flight but I had booked my flight on Air France. The weather had turned really stormy, and I caught my flight got out of CDG airport on time, but Walt got bumped from his flight. He arrived back in SF 24 hours after I did.
The first meal I ever had in Paris, in December 1969, was a roasted suckling pig like this one we saw for sale ($30 with vegetables) in the market that July 2000 morning.