I'm on a kind of cheese roll these days, if you see what I mean. Lately, I've been drying leftover pieces of cheese in the refrigerator. Why? So that they get hard like Parmesan cheese and can be finely grated the way Parmesan is grated, using a micro-plane grater. I've fridge-dried Cheddar, Comté, and other cheeses you wouldn't expect to find "ripened" this way.


This all started in 1994, actually. Walt and I were spending a week or two in Paris, in an apartment on the Île Saint-Louis. An American couple that Walt knew from work in California were in Paris at the same time, staying on the rue Monge in the Latin Quarter. One day, shopping on the rue Montorgueil, I went into a cheese shop I remembered from the days a dozen years earlier when I lived in that neighborhood, and I bought a goat cheese. 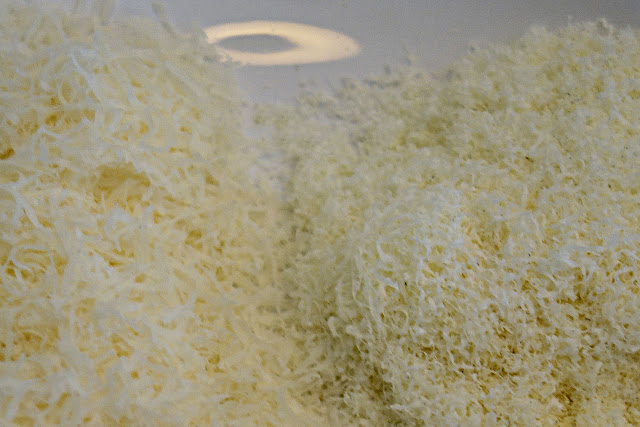 When dinner time rolled around, I unwrapped that goat cheese and found out that it was as dry and hard as a rock. At first I thought I had been rooked. What would I do with that hard chunk of cheese? Well, I decided to grate it and melt it in cream sauce to serve with pasta. When I grated it, I realized it was like grated Parmesan, but with a slightly different flavor. I made the pasta and the cream sauce with grated goat cheese and served it. We were all blown away when we realized how good it tasted. 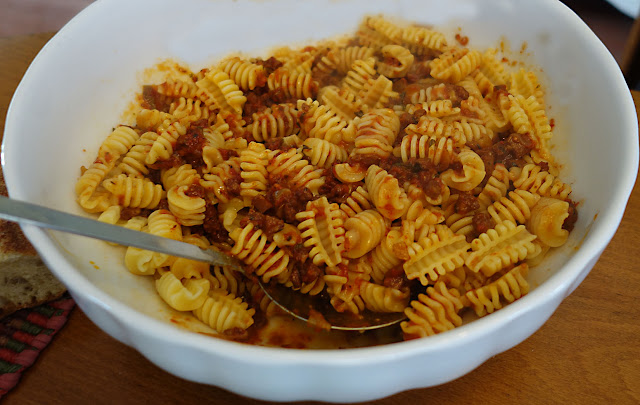 Another reason for fridge-drying cheeses is the fact that we've never been able to find the Italian cheese called Peccorino Romano here in the Loire Valley. It's made from ewe's milk. One day a year or so ago, Walt wondered if we could make our own Peccorino Romano by drying slices of Basque Country ewe's milk cheese ourselves. We did, and it worked.

Serve grated fridge-dried cheeses with pasta dishes like this one. 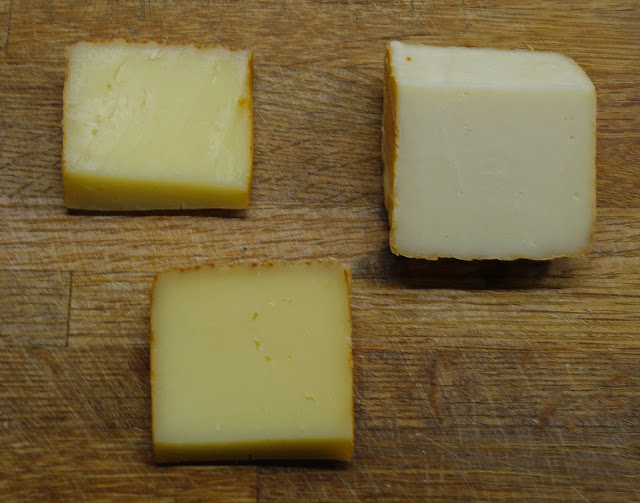 So how do you go about drying cheeses in the fridge? Well, I just cut fairly thin (say half an inch, about a centimeter) slices of fresh cheese and wrap them in a paper towel. I leave them in the refrigerator for weeks, examining them from time to time, waiting for the time and the cheese to get ripe. Then we can grate the cheese over pasta or into a cream sauce.

Two of these pieces of ewe's-milk cheese have been drying for a week, and one is fresh. The semi-dried pieces have taken on a more pronounced yellow color. 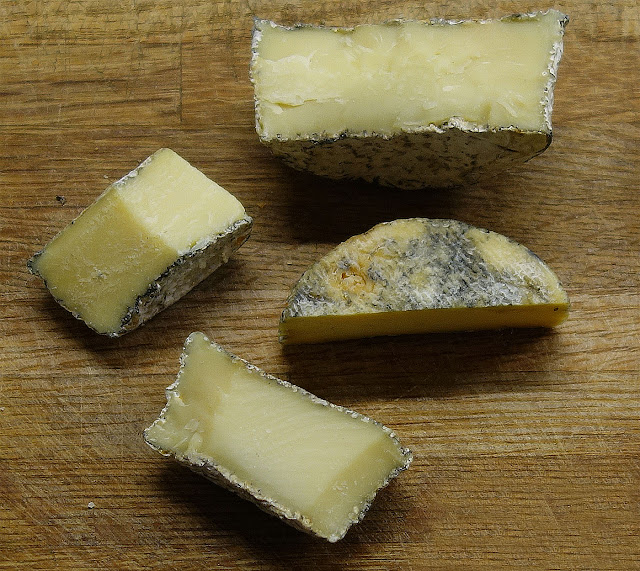 Goat cheeses are really good done this way too. In fact, sometimes you can buy them already dried, the way that long-ago cheese in Paris was dried. More often, you find demi-sec (semi-dry) goat cheese at the market. They're soft enough that you can cut them in half with a knife. For those, there's no need for a paper towel. I just cut them and put them in a paper bag and set them in the refrigerator. Grated, the goat cheese is delicious.

Here's a close-up of some of the fridge-dried goat cheeses that we are enjoying these days. The rind of the cheese is perfectly edible and can be grated along with the white part of the cheese.
Posted by Ken Broadhurst at 06:46