We decide to buy 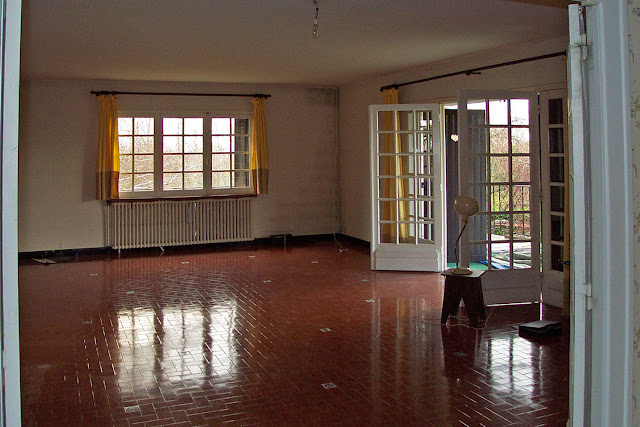 It was surprising to see the state that the house was in when we first saw it. Back in San Francisco between 1995 and 2002, I spent many Sunday afternoons wandering around the neighborhood where we lived going to see open houses that were for sale. It was so interesting to see how houses were furnished, how the rooms were arranged, and how one compared to another. And to ours. The many houses I walked through back then were consistently spruced up, clean, neat, and orderly. (Somebody had obviously mopped this floor.) 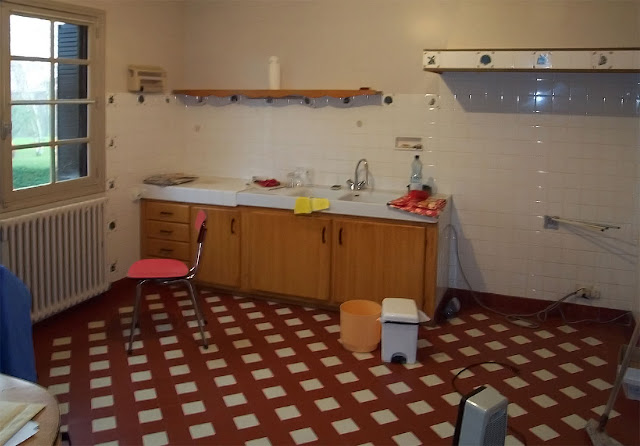 This house in France was a mess. No effort had been made to dress the place up a little bit, to make it more attractive to potential buyers. That must have had to do with the history of the place. It was built between 1965 and 1970 by a couple who lived in Paris and planned to retire here. The man was born in 1914, so he would have been in his early 50s. His wife had family here in the Saint-Aignan area. As you can see, he house had some attractive features: the floors were in good shape, the windows were big so the place wasn't too dark, and the bathroom was a large room. 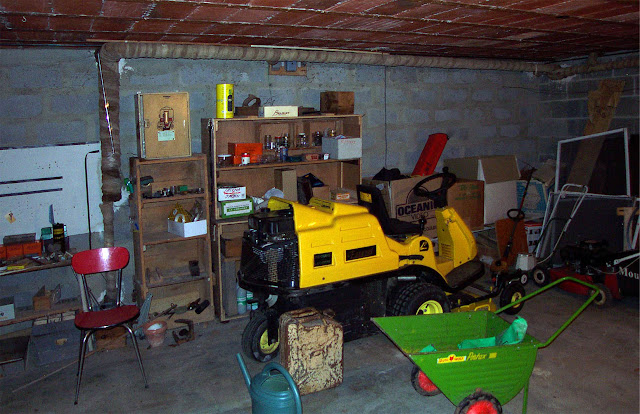 The people who had the house built with retirement in mind spent time here in the early 1970s, I think. In 1976, around the time he retired, they took a car trip to Morocco. They had an accident, and the wife was killed. The man was seriously injured, but after he recovered he came and lived here alone for a few years. He might have still had an apartment in the Paris area too. Much of this information I have gathered from conversations with our neighbors, and some of it is recorded in the the deed. 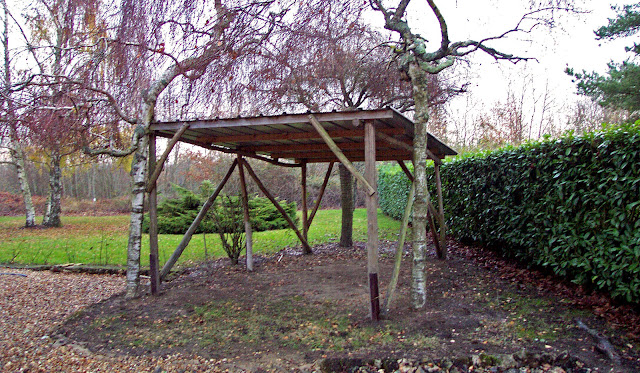 In the early 1980s, the widower who owned the house met the woman who eventually would sell the house to us. She told me that she married him in about 1985. He told her that he didn't want to continue living in the house. He said it was too depressing to spend winters out here, isolated. Too dreary. Too cold. He was in his 70s by then, and I think his health was declining. His widow is now in her early 90s and lives in an apartment in Tours, near her daughter. 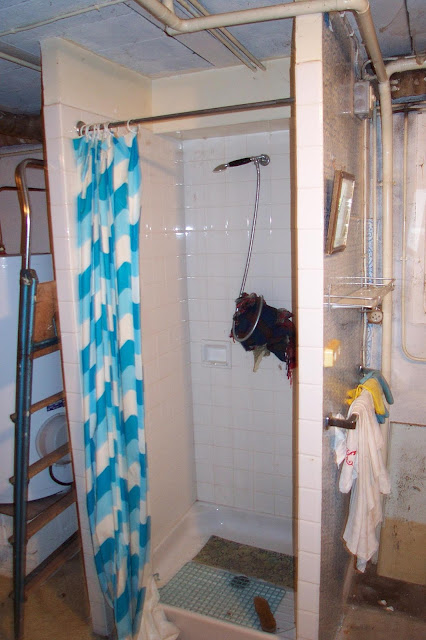 The man then bought a small apartment in a modern building in the center of Saint-Aignan, and the newlyweds moved in. He kept the house, and he would often bring his dog out here for long walks in the vineyard. Also, he and his new wife would come and spend a couple of months here in summertime.

So the house had never really been much lived in. I don't believe the second wife, who sold the place to us after her husband died in about the year 2000 (he would have been in his mid-80s), ever really liked the house or thought of it as hers. It was the first wife's house. She put it on the market without the services of a real estate agent, and she found a buyer. Unfortunately for her, that buyer never could come up with the money or a mortgage to complete the deal. In about 2002, she turned the job of selling the house over to an agent in Montrichard, and he's the one who answered my e-mail when I started thinking seriously about finding a house to buy in the Loire Valley.
As you can see from the photos here, the combination living/dining room is big — about 40m² (more than 400 ft²). The floor and the white tile in the kitchen were nice and clean. The garage was big but full of junk we had to get rid of when we moved six months later. There was room for a car, and there was also a rustic-looking carport out front. The shower in the utility room was fine, but it wasn't practical because that room is not heated. Off the utility room there was a walk-in cold pantry — un cellier — for wine and food storage (photo below). 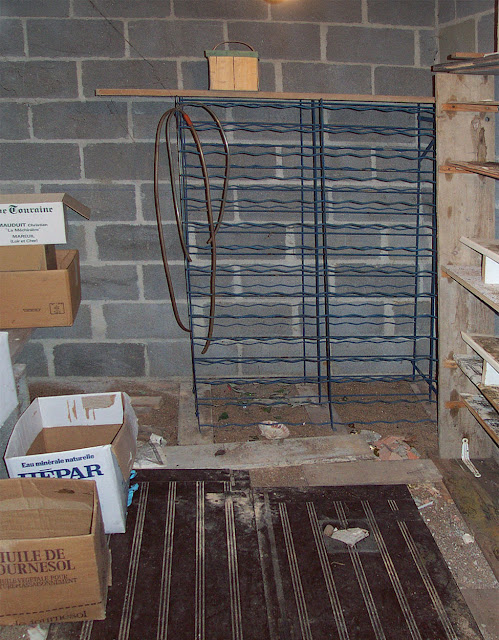 The house was a mess compared to the houses I had visited in California — it needed "refreshing" but so were most of the houses we saw that week in December 2002. In this area, the sellers are often at home when you visit the house they've put on the market. It makes for awkward visits, because you feel obliged to ooh and aah over features of the house that the owners are proud of, as you keep thinking things like: Could I live with that? Oh, how awful! How fast could I change this feature or that one? Would a good coat of paint be enough? One surprising thing was that we saw half a dozen houses with no kitchen at all. Often the room destined to be the kitchen was completely empty, with just a couple of pipes sticking up out of the floor where the sink would go. We wanted a house we could just move into, probably for short stays at first, or even if we decided to relocate and come live here earlier. We didn't want to live for months or years in a construction zone. This house had basically been empty for five years, and it had a functioning kitchen. No stove, no refrigerator, but cabinets and a sink with running water. We looked forward to buying all new kitchen appliances, and getting a washer and dryer put in downstairs. And there was central heat! We would soon decide to sell our house in San Francisco...
Posted by Ken Broadhurst at 06:30