For me, turkey-barley soup is a North American treat. I've never been served such a soup in France, but that's not proof that people don't make it. When I google the word combination soupe orge dinde légumes I turn up a lot of recettes québécoises, including this one in French and also in English from the well-known Canadian TV cook called Ricardo (with chicken rather than turkey). There are also some Swiss and French recipes. 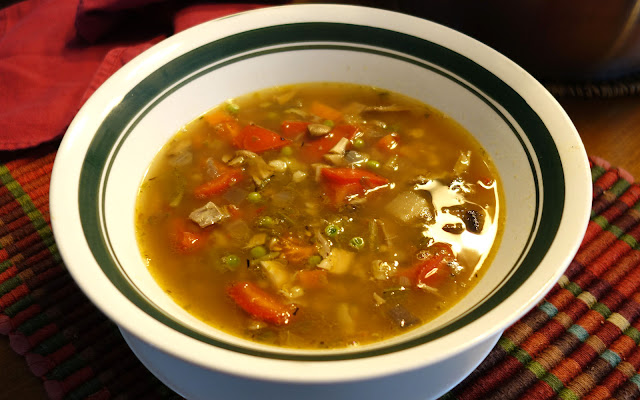 Again for me, turkey-barley soup is January food. I think the first times I ever ate it were in California back in the 1980s and '90s, because it was a favorite recipe of our friend Cheryl, who was originally from Chicago and who passed away a few years ago. Most of the recipes call for pearl barley (orge perlé), but in France there are two kinds of barley available, orge perlé and orge mondée. I'm not sure what the second kind is called in English. It is less extensively processed than pearl barley — most of the bran remains after the orge mondée has been processed. The adjective mondé basically means "hulled." I think it's what we get in France — mostly in Asian supermarkets here in the Loire Valley. On second thought, it must be called just that — hulled barley. 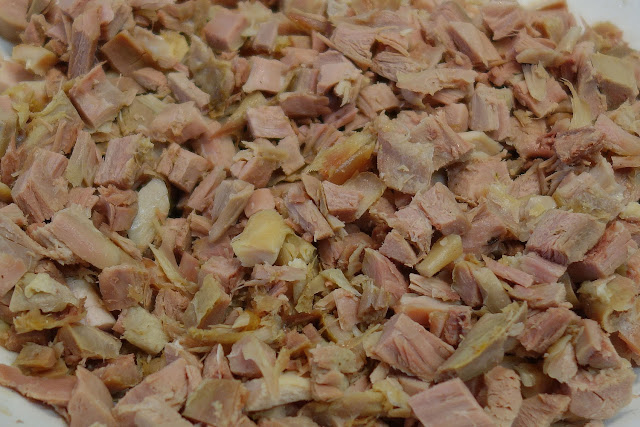 Anyway, turkey barley soup is a labor of love. To make it, as least the way I do it, you have to finely dice a lot of vegetables — carrots, onions, celery, and mushrooms. Add some frozen or fresh green peas too. Then you have to dice up a pound or so of cooked turkey. To make the soup broth, you strip any big meaty pieces off the carcass (I had a leg, a thigh, and a wing left over from our Christmas turkey) and then boil the turkey carcass (the bones) with pepper, bay leaves, allspice berries, garlic, etc., and maybe some white wine (just this once). 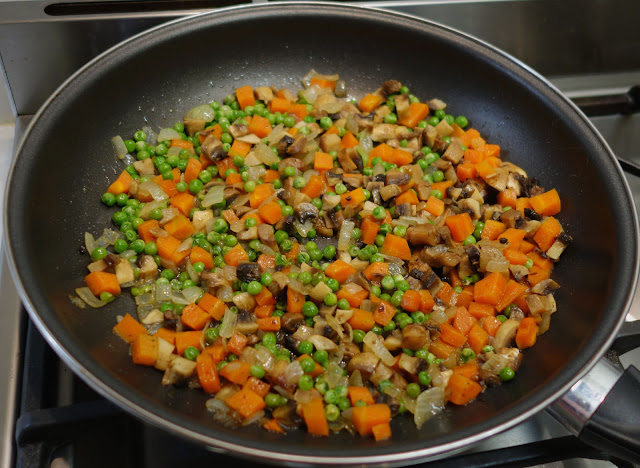 When the carcass is well cooked (an hour or two) and has cooled down enough for you to handle it, it's good to pick off as many little pieces of meat as you possibly can. Waste not want not... Then you take the skin off pieces like the leg and thigh, pull the meat off the bones, and dice the meat, being careful not to leave any pieces of bone or cartilage in with the meat. You can do this part of the work while the carcass is simmering. 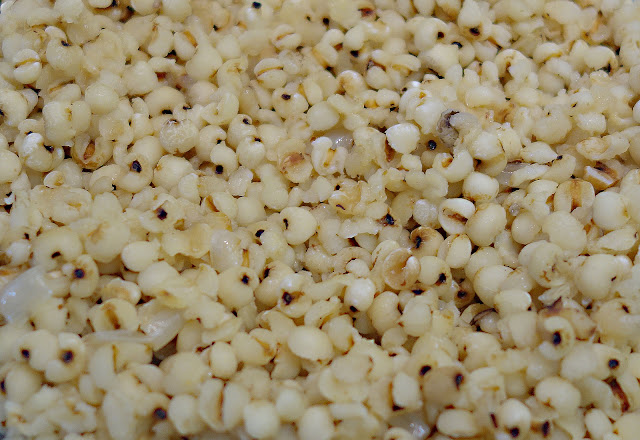 After you make the broth, strain it well. One way to proceed is to first cook the barley in the strained broth. Meanwhile, lightly sauté the diced vegetables in vegetable oil or butter. Add the diced turkey at the very end, just to heat it up and mix it in with the vegetables. 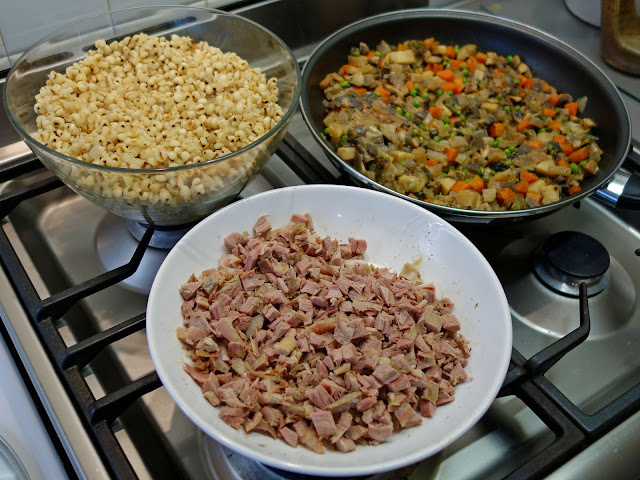 The last step is to strain the broth again and put the cooked barley aside. Pour the clear broth into a soup pot and add as much barley as you want, along with as much of the turkey and vegetable mixture as you want also. Everything is already cooked, so this step doesn't take long — just heat the soup up, really. A good addition is some fresh sliced tomato, also added pretty much the last minute. Serve the soup steaming hot.
Posted by Ken Broadhurst at 06:50