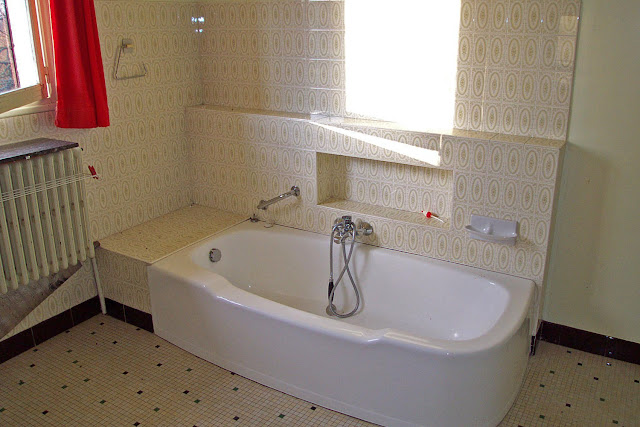 The bathroom was one of the most attractive features of the house we bought near Saint-Aignan in 2002. This is what it looked like the first time we saw the house, on December 10 that year. As is typical in older French bathrooms, there's a bathtub with a shower hose and head, but there's no enclosure around the tub. This one was actually built in such a way that there was no practical way to close it in. I don't know about you, but I'm not crazy about shower curtains anyway. 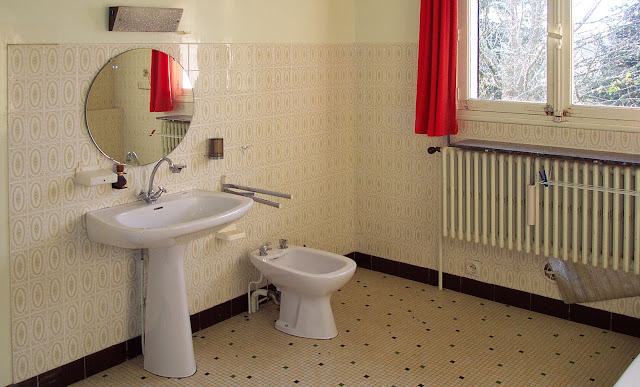 On the other side of the bathroom, which is very spacious, was this sink and mirror combination, as well as the fixture called a bidet. One dictionary defines the term bidet this way: Appareil sanitaire comprenant une cuvette en forme de siège sur lequel on s'asseoit à califourchon, et qui sert aux ablutions intimes. That is: "a bathroom fixture with a bowl in the shape of a seat upon which one sits astraddle to perform intimate ablutions." Does that seem clear? 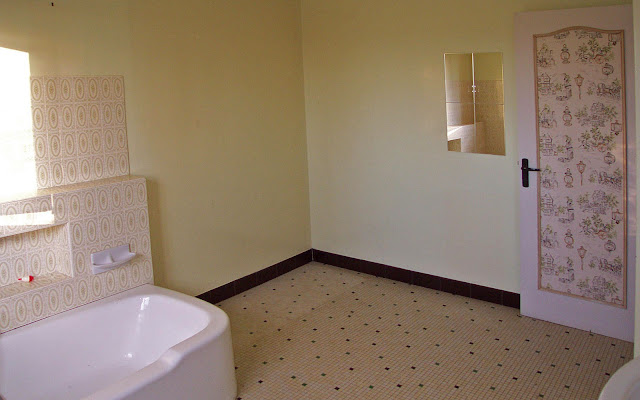 The strangest thing about the bathroom, besides that wallpaper on the door, was this big empty corner. Judging from the lighter-colored rectangle on the floor, I imagine that there was a piece of furniture there at some point, and for a while. For the first two years of our residence here, we just lived with it that way. We took showers in the stall downstairs in the utility room, which was fine when the weather was warm outside. In winter, it wasn't fine because that room is not heated. We took many shivery showers. 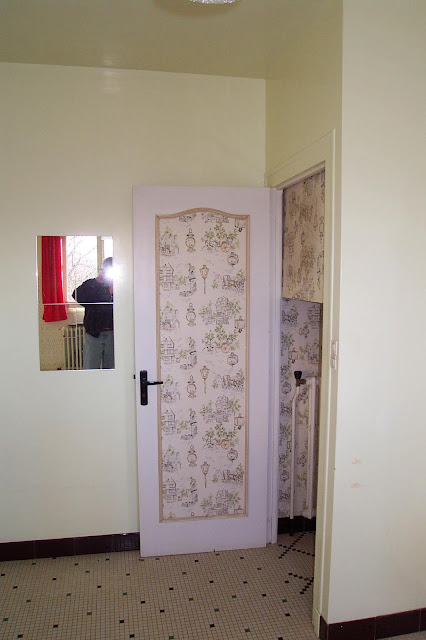 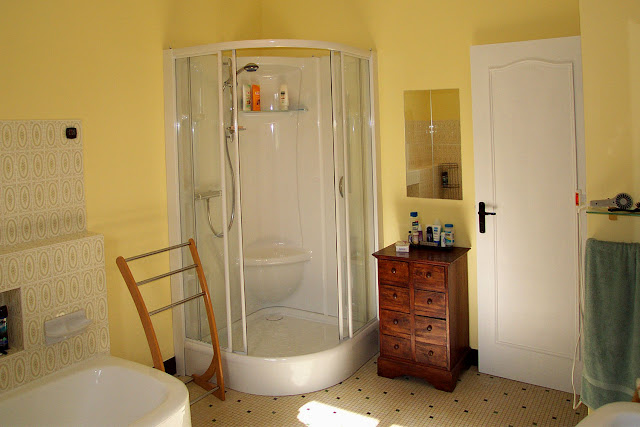 In 2005, we finally had a shower stall put in, making good use of that empty corner. The plumber who was doing work in the house in those days recommended this pre-fabricated, modular shower stall. It was clean. The water was hot and the pressure was good. But the stall was never quite spacious enough. I was continually bumping my elbows on the glass. The seat in the shower was nice though. After 10 or 11 years, the plastic stall started to develop cracks, so we had it replaced with a more spacious tile-and-glass shower stall.
Posted by Ken Broadhurst at 06:00