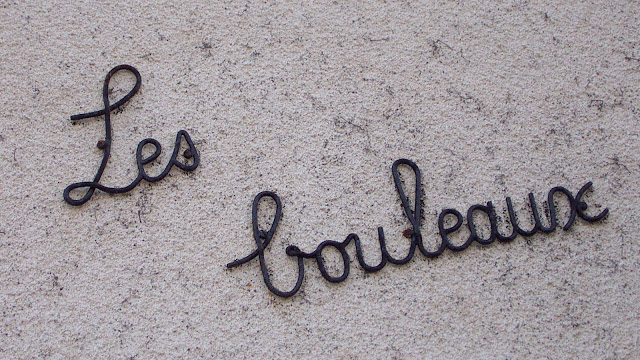 The house we bought in 2002 has a name. It's Les Bouleaux ("The Birches"). That might be the name of the plot of land it sits on, or it might be name that the people who had the house built came up with. Other houses in the neighborhood are named Bella Vista, La Grange, and La Ruine. I wonder if giving houses names like these was some kind of affectation, or if it came about before the houses on our road had numbers. 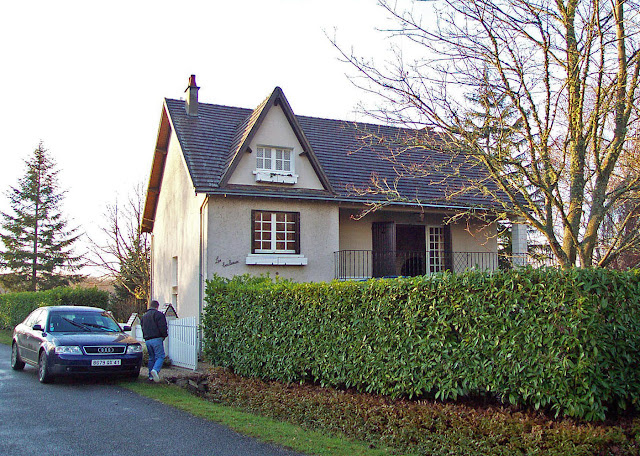 This is what we saw the first time we drove up to the house. That's the real estate agent's Audi parked in front of the gate. He was driving us around from house to house. I think it was the third one we saw that afternoon, and we saw one more after that. You can see the name of the house on the façade just to the left of the kitchen window. I'm sure I've posted this photo before. 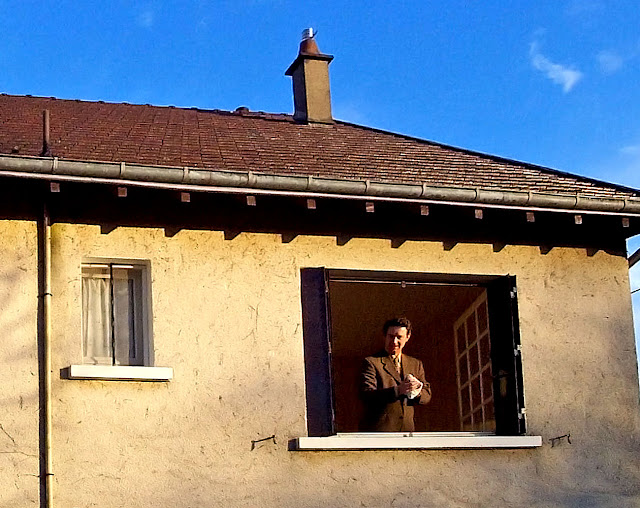 Here's the real estate agent standing in the bedroom window and looking out over the back yard. As I think I said, he had told us that he thought we'd like this house, even though it didn't have the three or four bedrooms that we thought we needed so that we could have computer rooms and guest bedrooms too. For several years, I had my desk and computer in the downstairs entry hall, which you can see below. 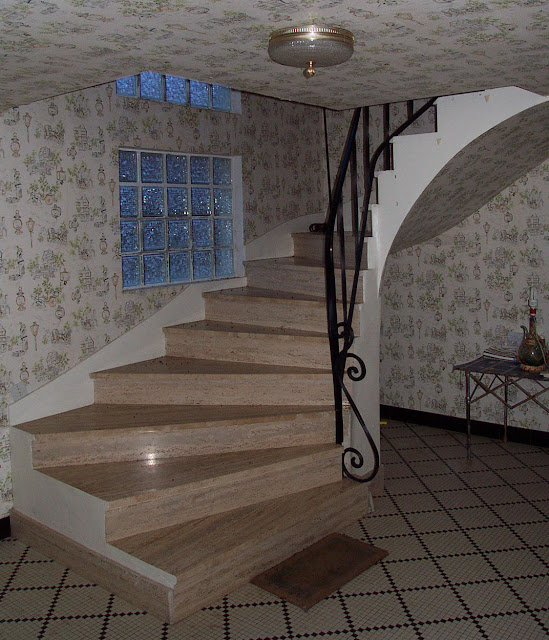 This staircase is what you see when you enter the house through the front door. It's kind of grand for such a small house. However, it is very solid, very wide, and not too steep. The glass block windows let in a lot of light. We took down the wallpaper (and "ceilingpaper") in 2005, I think,  before I started blogging. I know I have photos of what it looked like back then, but I can't find them right this minute. I don't see them on my blog anywhere. 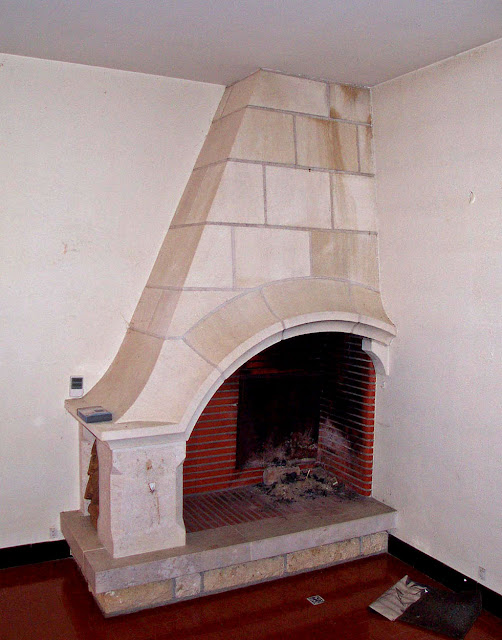 In the living room, there's this fireplace. That was an attractive feature, even though it was (and still is) in a corner of the living room, which is kind of odd. And as we were to discover the first time we tried to build a fire in it, the chimney didn't have any updraft at all so smoke filled the room. As it turned out, the chimney had been sealed with a piece of slate. In 2006, we had the slate taken off, the chimney lined with a staineless steel tube, and a wood-burning stove put in. We still use the stove and it keeps the house pretty warm 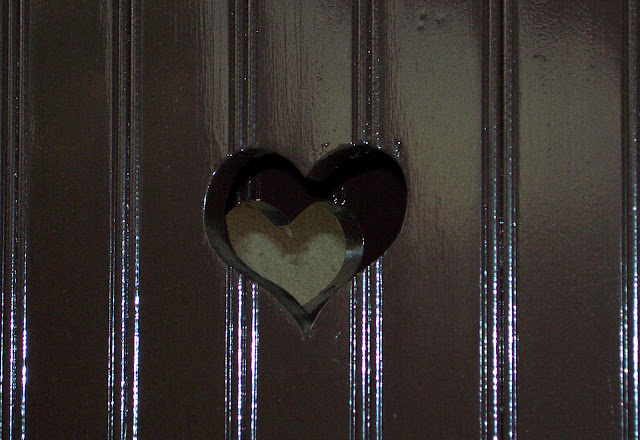 The wooden shutters on the terrace off the living room were (and are still) decorated with the heart-shaped cutouts. All the shutters on the house used to be wooden panels like this (many of them were piled up in the garage and garden shed) but had been taken down and replaced with folding metal shutters — the kind that creak and clang when you open or close them and which are notorious for how easy it is to pinch your fingers as as you manipulate them.
Posted by Ken Broadhurst at 06:20