Sequoias at the Château de Cheverny

There are nine giant sequoia trees growing on the grounds of the Château de Cheverny, according to an inventory of the giant sequoias of France published in 2007. Cheverny is just about half an hour north of Saint-Aignan by car. 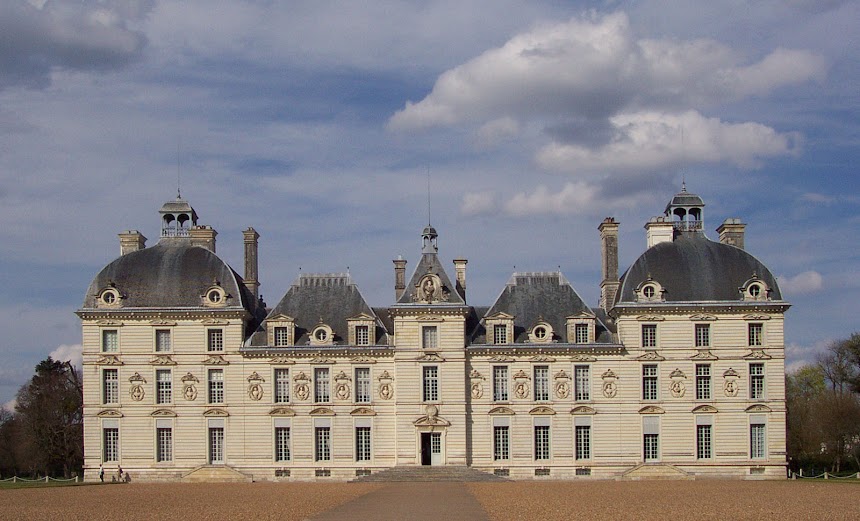 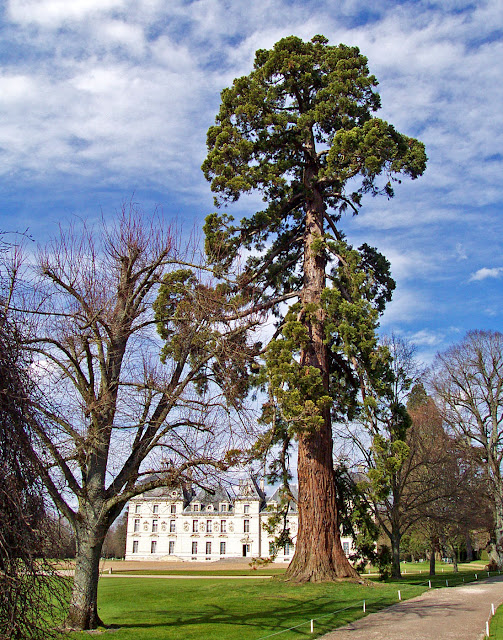 I took these photos on April 1, 2004 (no, this is not a joke), when I visited Cheverny for maybe the first time. Our friend "Chrissou" was visiting from California, and she thought it would be fun to go see the souper des chiens — the dogs' supper — in the park at Cheverny. That's when the enormous pack of hunting hounds are fed daily. It's quite a show. We also wandered around the park to took a tour of the interior of the château. The English-style gardens at Cheverny were planted between 1820 and 1860. The park at Cheverny covers 100 hectares (250 acres). 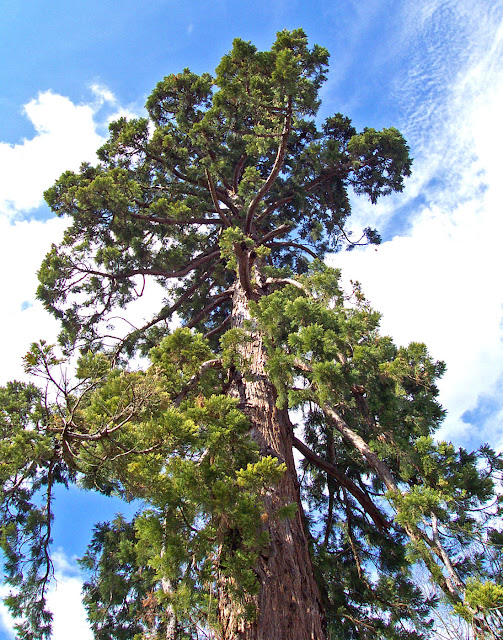 According to the sequoias.eu web site, the first giant sequoias were planted in France in the mid- to late 1850s, no none of them are much more than 150 years old. They were mostly planted as ornamentals in parks and gardens, and not just in France but all over Europe. There are more than five thousand giant sequoias growing France.

The giant sequoias became popular because they are evergreens, they are so big, they're exotic, and they are very hardy. They are also fast-growing (50 to 100 centimeters a year when conditions are favorable). I know I've seen many of them in France over the past 50 years, especially in Normandy where I lived in 1972-73 and which I visited many times over the following decades. Dozens of sequoias grow in and around the city of Rouen. 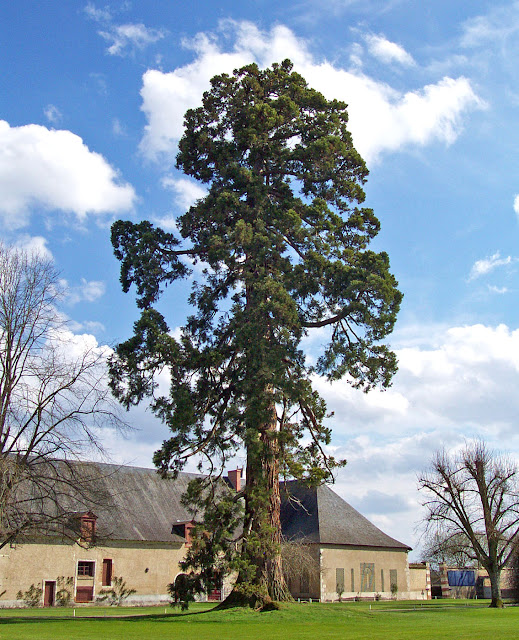 Here in the région Centre-Val de Loire, there are more than 15 giant sequoias growing in Amboise, the same number in Tours, in Blois and in Romorantin, and 10 or so in Loches. They have been planted in many of the parks of well-known châteaux, including Chenonceau, Langeais, Azay-le-Rideau, Chambord (73 sequoias!), and Chaumont-sur-Loire. There's even one growing in our little village outside Saint-Aignan. 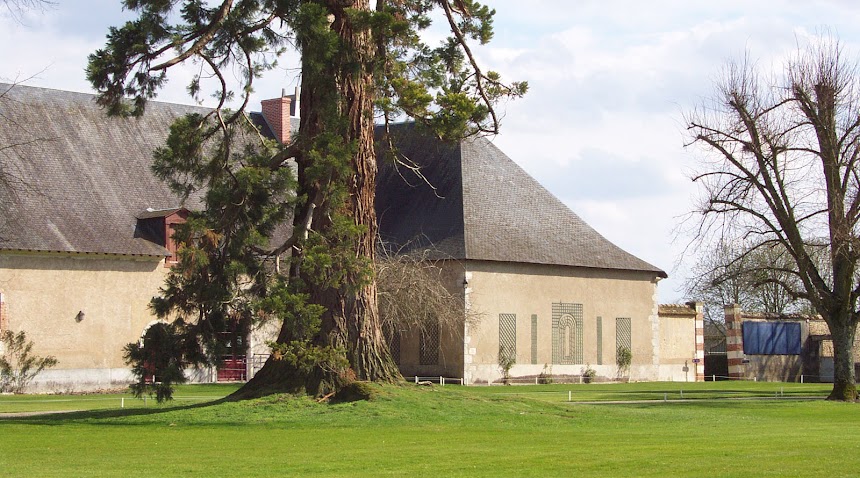 The Taylor's Guide to Trees that I have says that giant sequoias grow up to 76 meters (250 ft.) tall in their native California. The girth of the trunk can reach 24 meters (80 ft.). Giant sequoias in France grow as tall as about 55 meters, and are vulnerable to lightning strikes that slow their growth.
Posted by Ken Broadhurst at 06:40