Pain de mie. Sandwich bread. I hadn't made any for quite a while. Months. I decided to make a loaf yesterday.
I looked back at several recipes that I had saved, but none of them appealed to me. So I went to the internet
to see if I could find something new. Or old. Just something that sounded good. 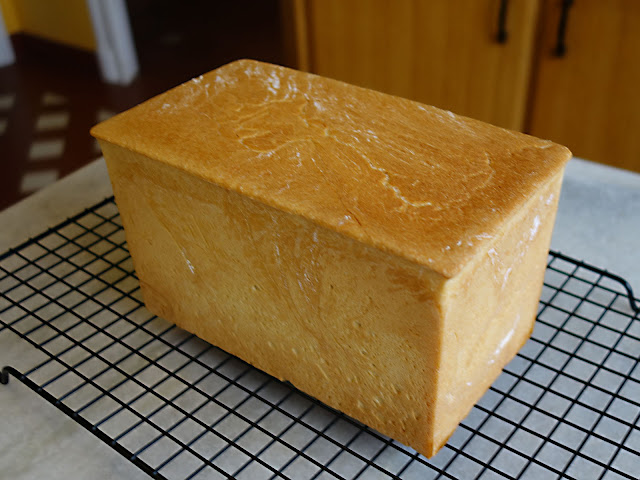 What I came up with was this: Julia Child's White Sandwich Bread. I liked the fact that it had just water in it — no milk. I decided to follow the recipe and put some sugar in the dough. Deviating from the recipe, I used fresh baker's yeast, and I substituted vegetable oil (olive and sunflower mixed) for the soft butter that Julia Child put in her bread dough. 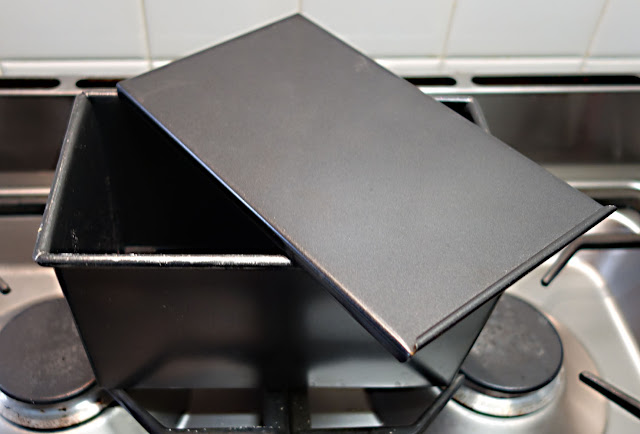 This is a loaf that cooked in what is called a "Pullman" bread pan — the one I use measures, in inches, 8 x 4½ x 4½ (about 20.3 x 11.5 x 11.5 in centimeters). Pullman pans come in many sizes. They're deep, with vertically straight sides and a tight-fitting lid that slides and locks onto the rolled edges of the pan. Mine has non-stick interior surfaces. After I made and kneaded the dough, I rolled into a log shape and just dusted it with flour before I dropped it in the pan to rise. 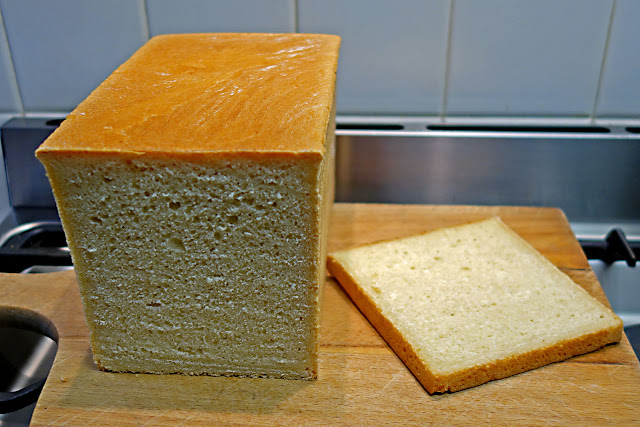 About 90 minutes later, the dough had risen to completely fill the pan. It wasn't easy to get the lid off because the soft dough was sort of stuck to it, but I managed to slide it off anyway. I punched the dough down just a little, slid the lid back on, and put pan in the oven at 375ºF (190ºC). Because the pan has a lid, the resulting loaf has a square profile, with a flat rather than rounded top, and is fairly dense. 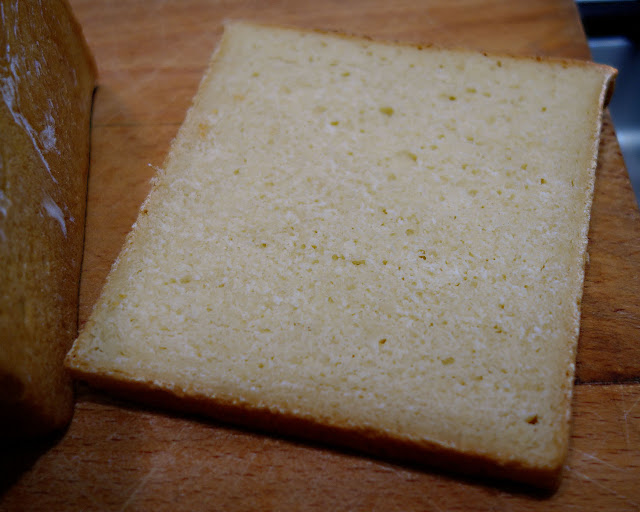 Julia Child's recipe, at least the version I found, calls for making two loaves out of this amount of dough (700 to 750 grams of flour + 600 milliliters of water) but I decided to make just one. I wanted a dense loaf that would be good sliced and toasted. And that would make a good grilled ham and cheese sandwich that's called un croque-monsieur in France. I'm pretty happy with the result. There's a link to the recipe in the second paragraph, above. The Pullman pan is optional.
Posted by Ken Broadhurst at 06:00