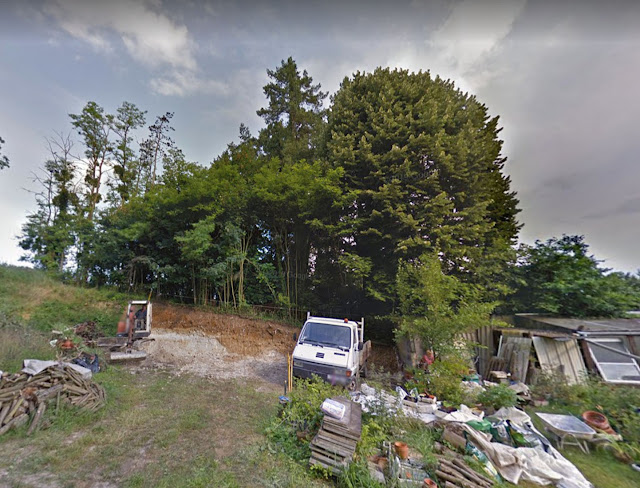 Ten days ago when I drove through the area between our house and Saint-Aignan that's called Saint-André (that's a local place name or lieu-dit in French), I thought I had found the giant sequoia that supposedly grows near here. Then I looked up the place on Google Maps street view, and this is what I saw.

Photo credit: Google Maps Street View
[the other four photos here are mine] 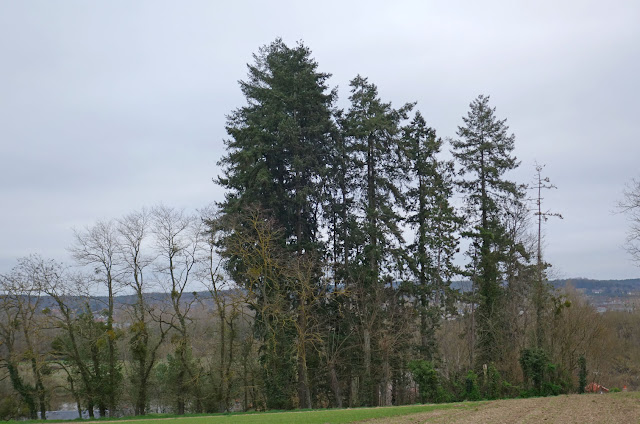 It seemed to me that the tallest tree in this grove could be the sequoia. I happen to know that there is a dirt road that runs parallel to the paved river road between our hamlet and Saint-Aignan, and that it passes close to the grove of trees I wanted to examine. Those trees stand on a steep embankment, at the edge of a field. I wanted to see the grove from behind it compared to where the main road passes below. 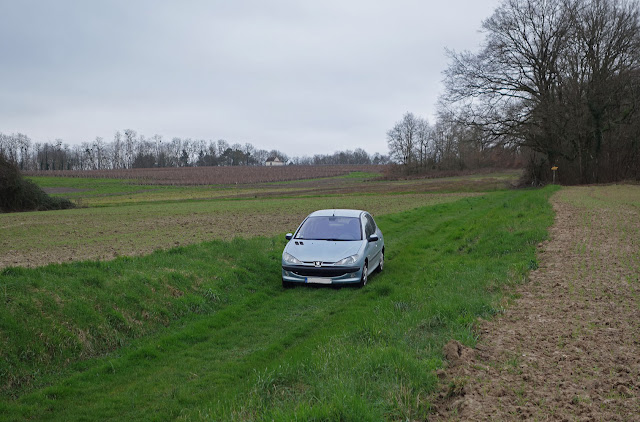 Since it was threatening to rain Sunday morning, I thought I'd better drive over there. That meant driving on a muddy dirt track through fields for about a kilometer (more than half a mile). I hoped the Peugeot was up to the task. Maybe, I thought, I can drive down that steep slope and get onto the main road (I was on the way to the supermarket). I wasn't confident I could drive up the slope, however; I could probably coast down. It looked pretty rutty and muddy from below. 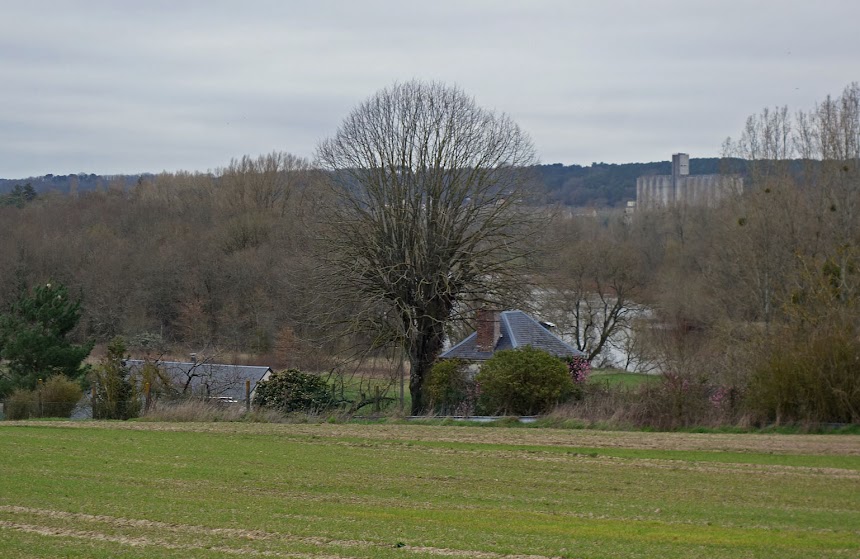 And I made it. It was slow going, and the car was slipping and sliding. I enjoyed some good views out over the Cher river valley (there's a big grain silo on the other side of the river). And I got close to the stand of trees. They grow so thickly that I couldn't really see the individual tree trunks, and I had hoped that seeing the trunk would let me identify the sequoia. In other words, I couldn't identify it. 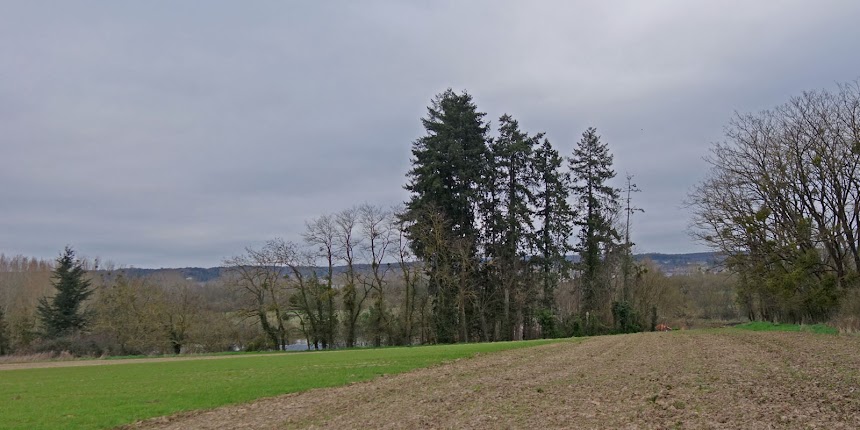