When we moved into this house outside Saint-Aignan in 2003, there were two Christmas trees growing in the back yard. Two different landscapers told us that one of them needed to be removed. It was in danger of falling. So we had it taken down. 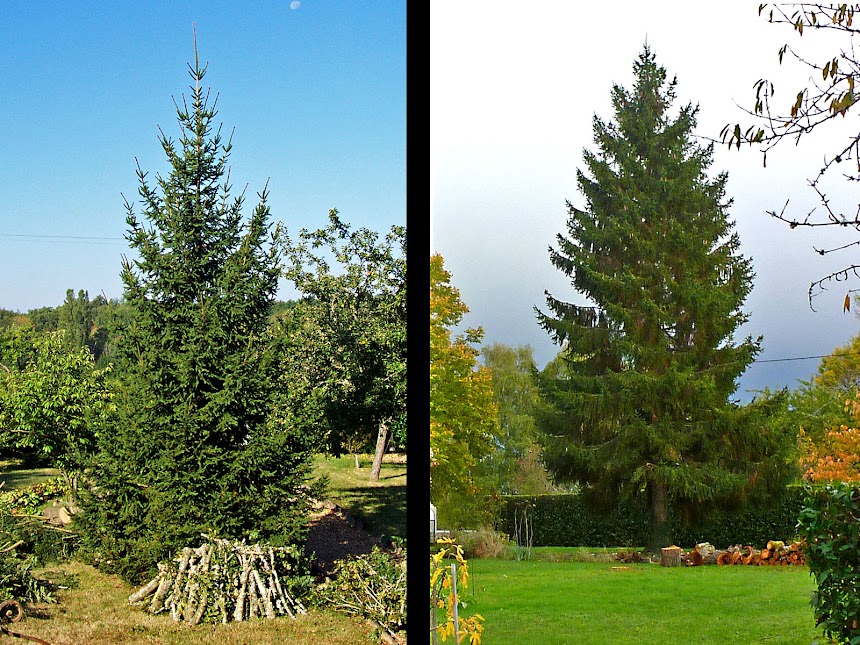 This composite image shows the same tree twice, once in 2003 and once in 2020. Look how it has grown.
In the photo above on the right it looks very healthy, but in reality it looks slightly scruffy. 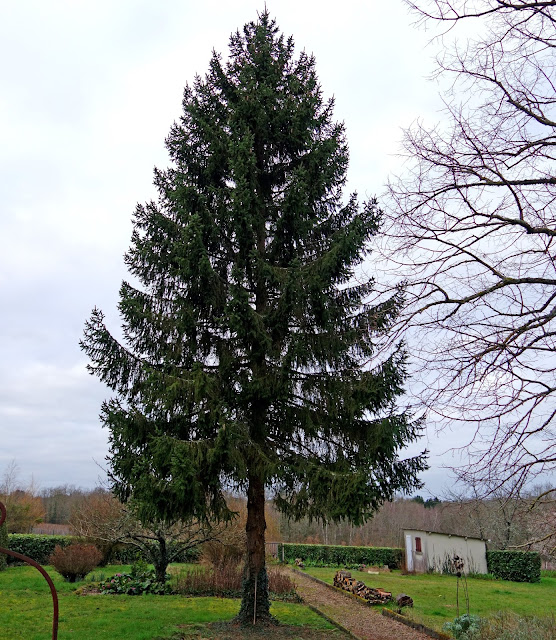 I measured the height of this tree yesterday using the stick-and-camera method. It's about 50 feet (just over 15 meters) tall. As you can see, we've had more and more lower branches cut off to let more sunlight into the yard and to make it easier to mow the grass under the tree. 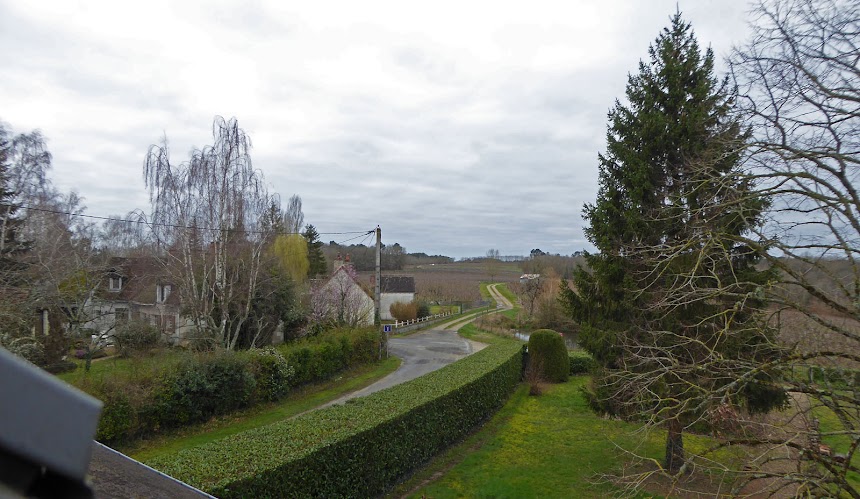 Above is a view of the tree I measured as seen from a window up in the loft, with the vineyard beyond. You can also admire the state of the laurel hedge that encloses our yard on three sides. It was trimmed a couple of months ago, at the end of the 2019 growing season, by the same landscaping crew that took down the moribund blue spruce tree a week ago. On the left you can also see our neighbor C.'s house, which is on the market right now. 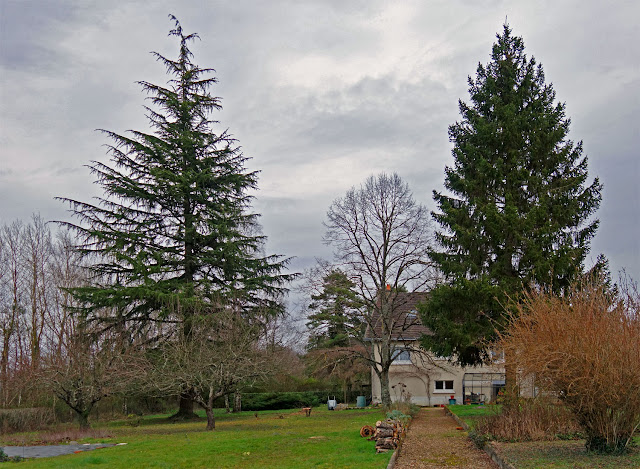 Photos can be deceiving, because of phenomena of perspective.Viewing the photo on the left, you might get the idea that the two remaining conifers in our yard are approximately equal in height. In fact, the Himalayan cedar (Cedrus deodara) on the left in the photo is 50% (about seven meters) taller than the one I've been calling the "Christmas tree." I think that one might be a Noordman fir (Abies nordmanniana), but I'm not an expert.
Posted by Ken Broadhurst at 06:16